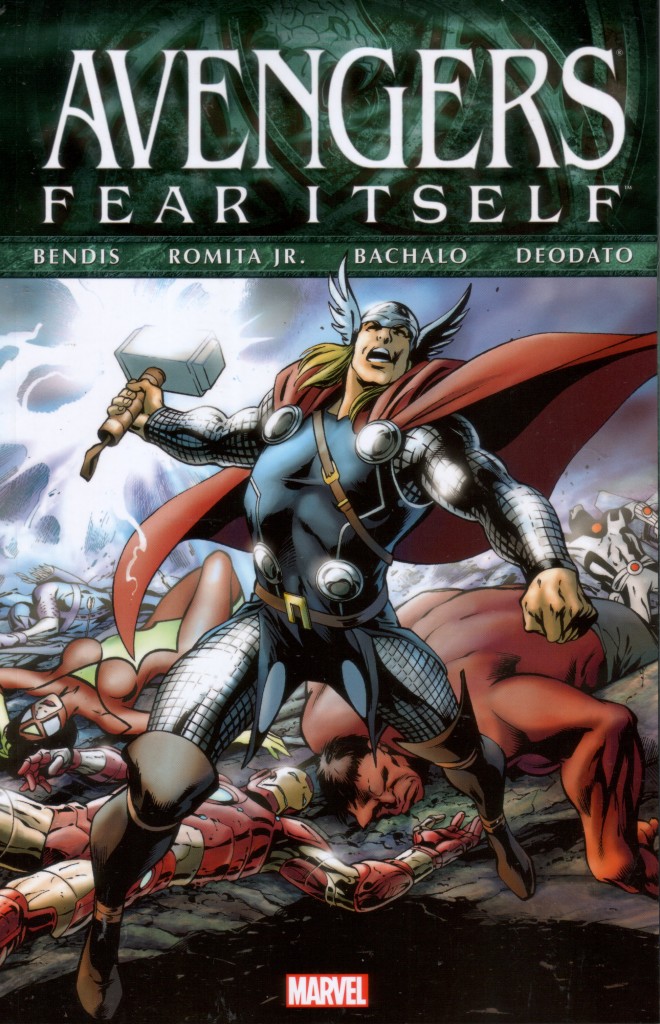 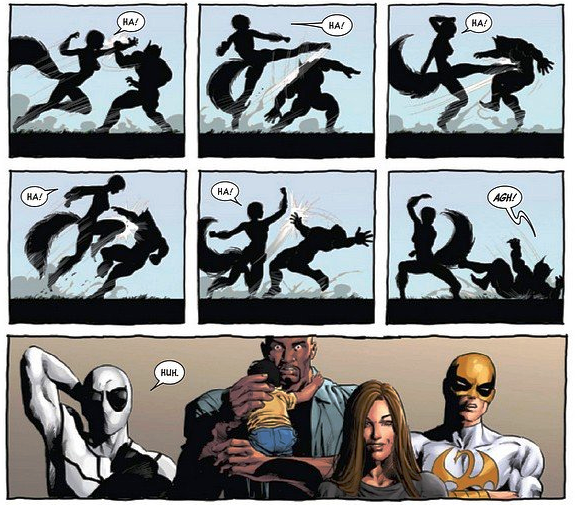 The common consent when it comes to the Fear Itself crossover was a collective “meh!” Don’t let that tarnish The Avengers chapters, though, as Brian Michael Bendis, seemingly as underwhelmed as readers, conceived a novel manner of getting under the skin of the Avengers while, for the most part, ignoring the crossover.

He selected a novel narrative device to deliver the Avengers’ participation. The comics comprising earlier collections were published accompanied by a text and illustration potted history of the Avengers, complete with “quotes” from team members. Much of this collection consists of those interviews, with particular emphasis on a debrief of Fear Itself in which the team relate their participation. It enables some fine moments of characterisation, such as on the opening page when Captain America declares “there’s a fine line between reporting and outright bragging”, yet does this without short changing those anticipating a superhero slugfest. There’s a Thing vs Red Hulk battle spectacularly depicted by John Romita Jr, Chris Bachalo illustrating Spider-Woman taking on the mindless green Hulk, Captain America leading an attack on what may be the Red Skull’s headquarters with a novel team, and plenty of great Hawkeye moments. And, yes, Squirrel Girl takes on Wolverine and Mike Deodato hits that one out of the park.

It’s adroitly established the interview segments occur over time: Jarvis starts with hair, Tony Stark is accompanied by several different women, Quicksilver and the Wasp are on hand. Think about the interviews too closely and it’s apparent many Avengers appear to have the same voice. It’s smart, it’s quick-witted and it’s Bendis, but it’s also very entertaining, and reveals much about how Bendis views his cast. Towards the end there’s a particularly good sequence addressing the continuing online debate about who’s worthy of being an Avenger.

By the end of the book there have been some substantial changes. Hawkeye and Spider-Woman’s romance will become smug and irritating, but the first stages here are charming. Neither Avengers Tower nor Mansion survive the proceedings, Daredevil is now part of the team, and much has been revealed about them. From here the continuity to be followed is into Avengers by Brian Michael Bendis vol 3, and New Avengers by Brian Michael Bendis vol 3.