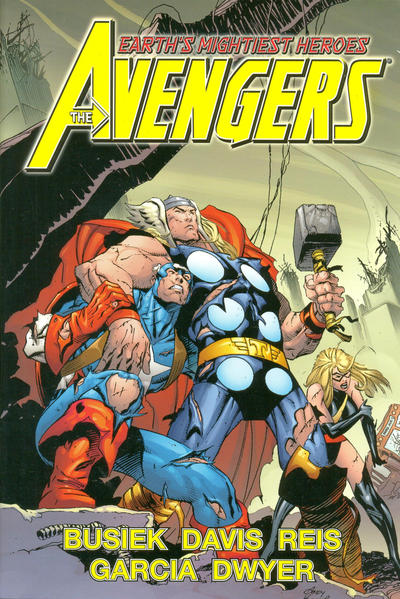 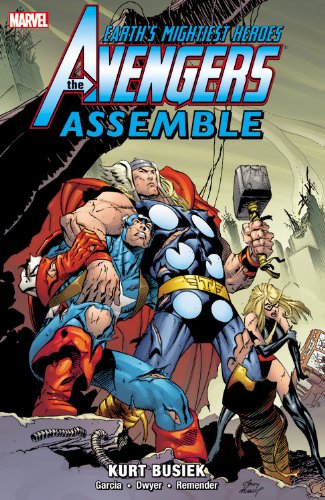 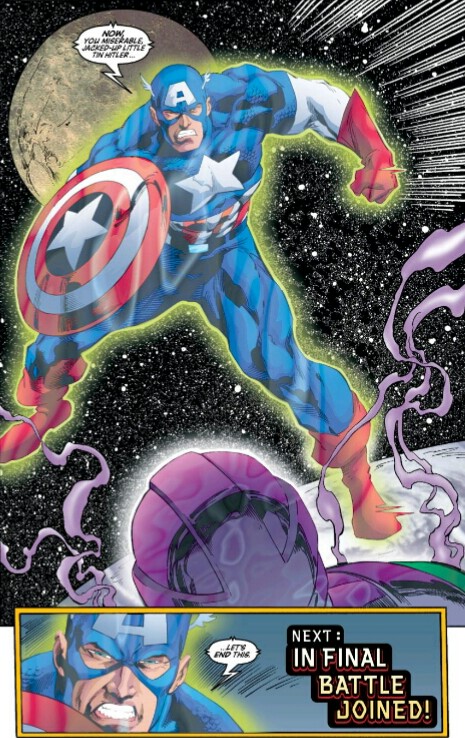 This completes the collection of Kurt Busiek’s run on Avengers, covering the years 2001 and 2002. The hardback edition it is little more than an expanded version of The Kang Dynasty. It adds only Busiek’s very last issue (a not wholly impressive tale of the Avengers and their accountants), and his plot for the silent episode in the Kang storyline, in case the reader wasn’t otherwise able to follow it. Busiek attempts to repeat the effect he had with Ultron Unlimited and his use of Kang in Avengers Forever, whilst ringing a few changes in what one could do with a big superhero epic. However, his control over his material is compromised, and his innovations damage reader ability to identify with the Marvel Universe, and open the door to the grim and nasty view of the superheroic world that permeated many Marvel titles of the 2000s.

Enjoyment is further impaired by changing artists in the second half, once the impressive team of Alan Davis and Mark Farmer departs. There’s some inconsistent material from the likes of Kieron Dwyer and Rick Remender, who were evidently meant to be the new art team, but were unable to deliver all the issues, and from their stand-ins, seemingly at short notice.

The paperback changes the contents. The first half of the Kang story, including all the Alan Davis-drawn episodes, is now in volume 4, and in its place is printed ‘The Ultron Imperative’, an overlong and not hugely impressive “jam” comic, plotted by Busiek and Roy Thomas, scripted by Thomas, Steve Englehart and Roger Stern, and drawn by a variety of artists, none of whom do a very good job. This is definitely not a fair exchange.

The material is, of course, also collected in Avengers by Kurt Busiek and George Perez Omnibus, volume 2.