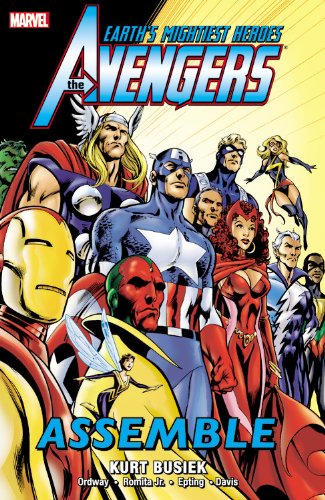 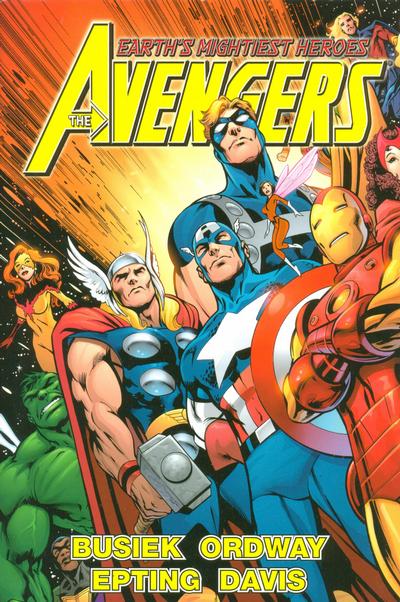 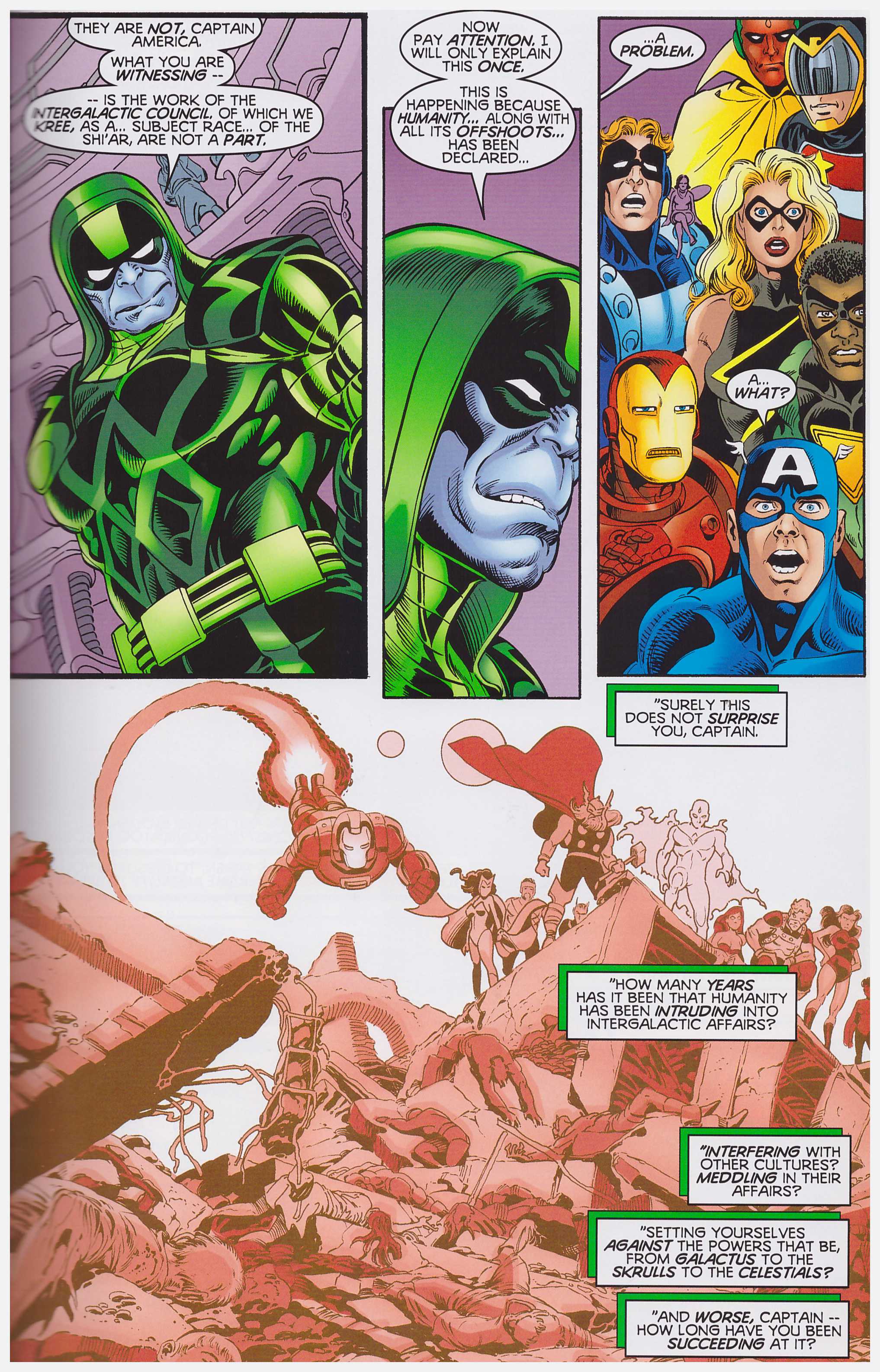 The nature of an Avengers Assemble volume is that it will be something of a mish-mash, as stories start and stories end. This one, however, which collects comics published originally in 2000 and 2001, is perhaps more so than usual.

Essentially an expansion of Avengers: Above and Beyond, Avengers Assemble volume 4, actually exists in two separate forms. Both hardback and paperback include: ‘Maximum Security’, shorn of all crossovers save that which occurred in Avengers; the Avengers’ confrontation with the Bloodwraith in Slorenia; a Hulk/Diablo story that marked the beginning of Alan Davis’ run on the title; and a Jarvis story, a backup in the 2001 Annual. The hardback also has an earlier Annual (a Hellcat story drawn by Norm Breyfogle) and ‘The Ultron Imperative’, a “jam” story plotted by Busiek and Roy Thomas, scripted by Thomas, Steve Englehart and Roger Stern, and drawn with varying levels of being bothered by a range of different artists. The paperback drops all that for some more issues of the regular monthly title and the main story in the 2001 Annual. (The 2000 Annual is shunted into volume 3, and ‘The Ultron Imperative’ into volume 5.) There are arguments for both versions. With the paperback you have the entire Alan Davis run in one volume, have the end of the overlong Yellowjacket plotline, and don’t have ‘The Ultron Imperative’ out of its proper place in continuity. On the other hand, this arrangement splits ‘The Kang Dynasty’ narrative in two, which doesn’t make a lot of sense.

In terms of quality, the regular issues are better than the various specials – both ‘Maximum Security’ and ‘The Ultron Imperative’ are quite poor, despite nice Jerry Ordway artwork in the former – see sample image. The Yellowjacket plot conclusion is a predictable rehash of an old Star Trek episode that contradicts earlier parts of Busiek’s tale. The best content is in both versions – the opening Alan Davis story.

This material can also be found, of course, in Avengers by Kurt Busiek and George Pérez Omnibus, volume 2.