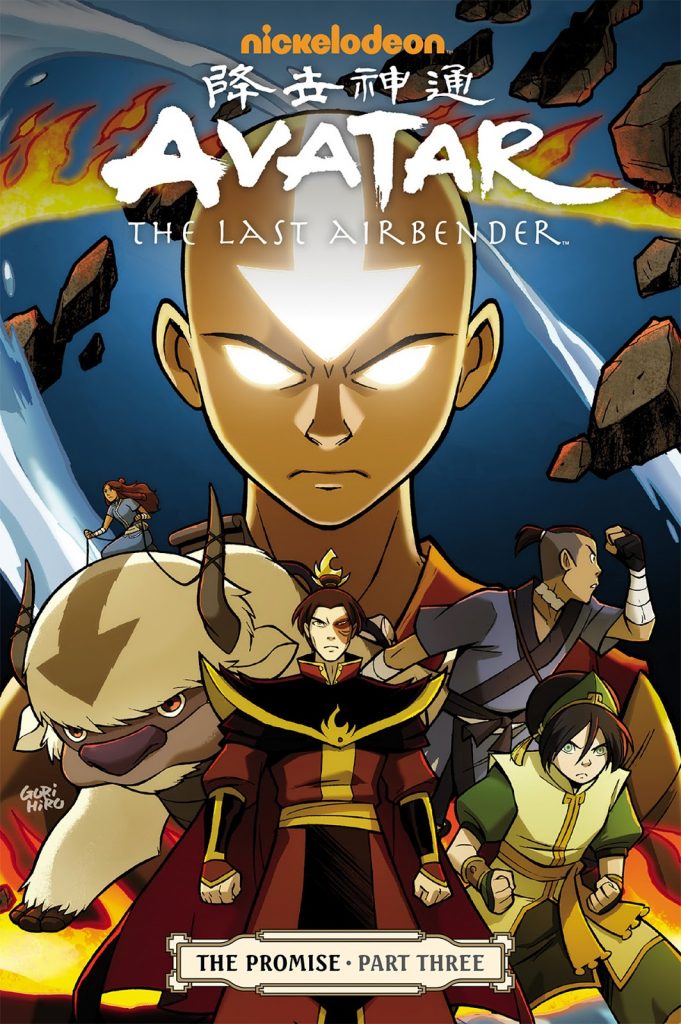 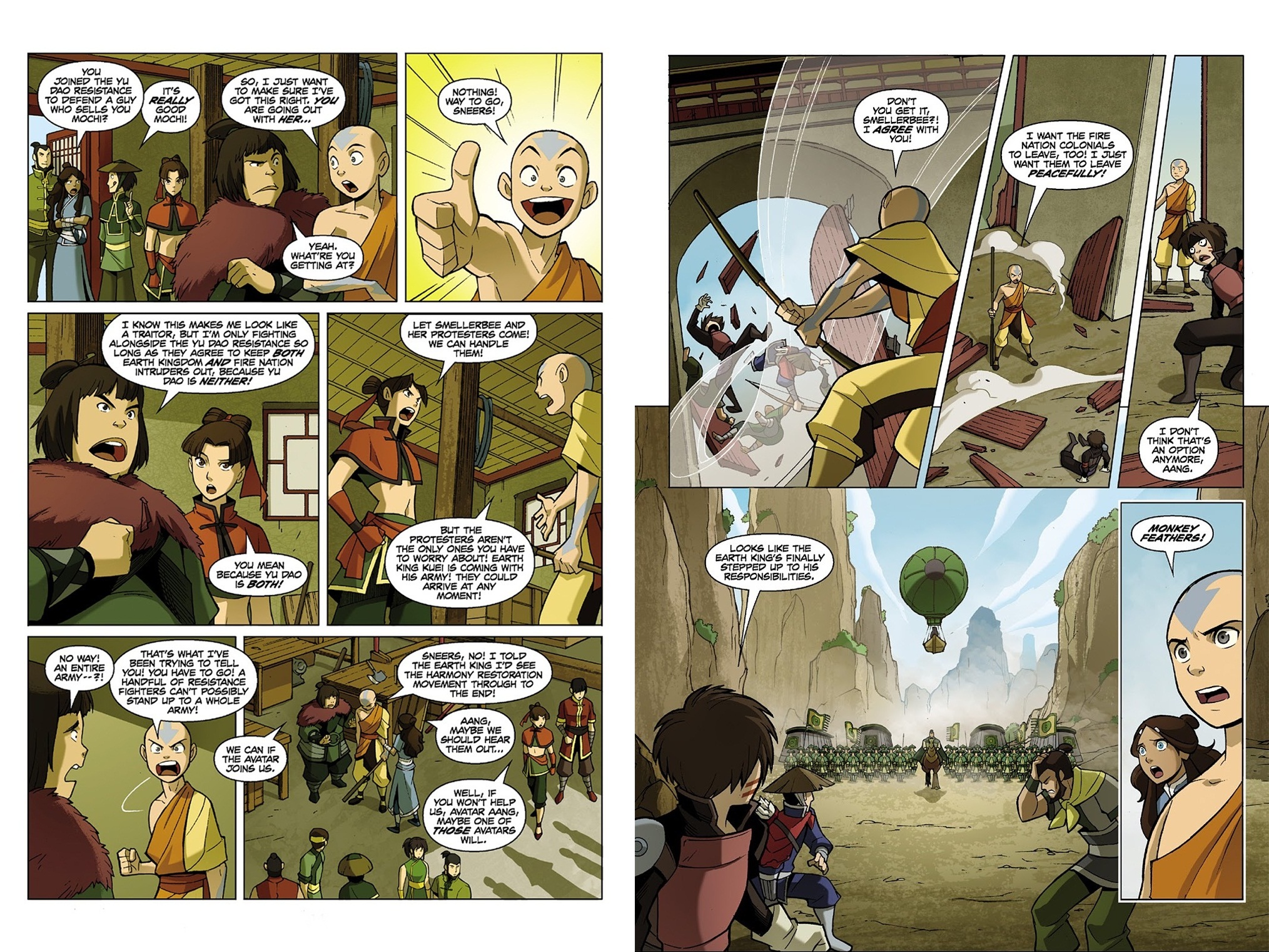 While Aang has brought an end to the wars between four nations, that hasn’t ended the complicated disputes, and as of the end of Part Two, it seemed the issue of longstanding Fire Nation settlers in Earth territories was about to generate war. Zuko, leader of the Fire Nation, is more conflicted than ever, and it seems as if Aang is going to have to keep his promise to kill Zuko if he ever became like his father. There’s also the philosophical conundrum of whether or not Aang is again going to have to use violence to enforce harmony. When two nations are committed to war, is it possible for even an exceptionally talented select group to stop them?

Over the past two episodes Gene Yuen Lang has convincingly stoked the tensions between two forces, both under the control of leaders who feel they have something to prove, and their egos seem to make all out war inevitable. Yang’s portrayal of the conflicted Zuko shines. He committed to one course, then realised the pitfalls and had the courage to change his mind, but is also haunted by an expectation that he lives up to his father, despite the damage his father did. It’s a fine bunch of neuroses awaiting exploitation. That duly happens down the line in Smoke and Shadow.

Far more action is required in this section, and the Gurihiru art team’s contribution is great, keeping the danger to all-ages levels, while creating attractive looking panoramas and adaptable battle scenes. Added to their appeal of their characters, this is first rate cartooning.

Yang comes through with a really surprising ending. The problems he’s set in motion don’t appear to have any real solution as long as some people are unwilling to sacrifice entrenched views, but Yang pulls a rabbit from the hat. One question remains unanswered, or at least definitively, and that leads into the next trilogy The Search. The Promise has been a solid adventure, and it’s also available combined in a hardcover edition.