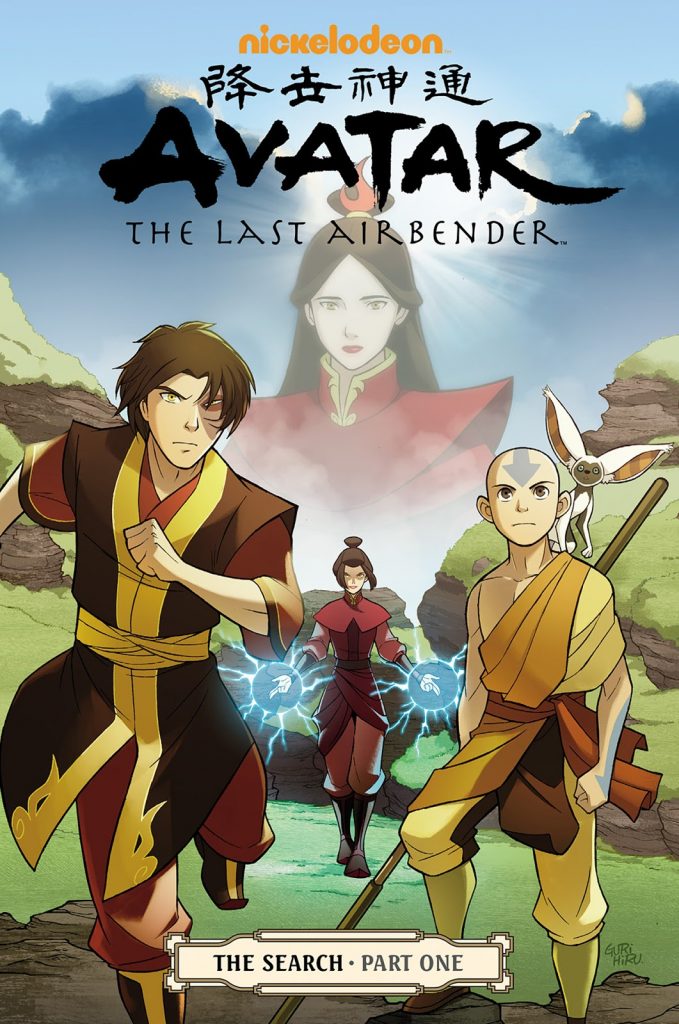 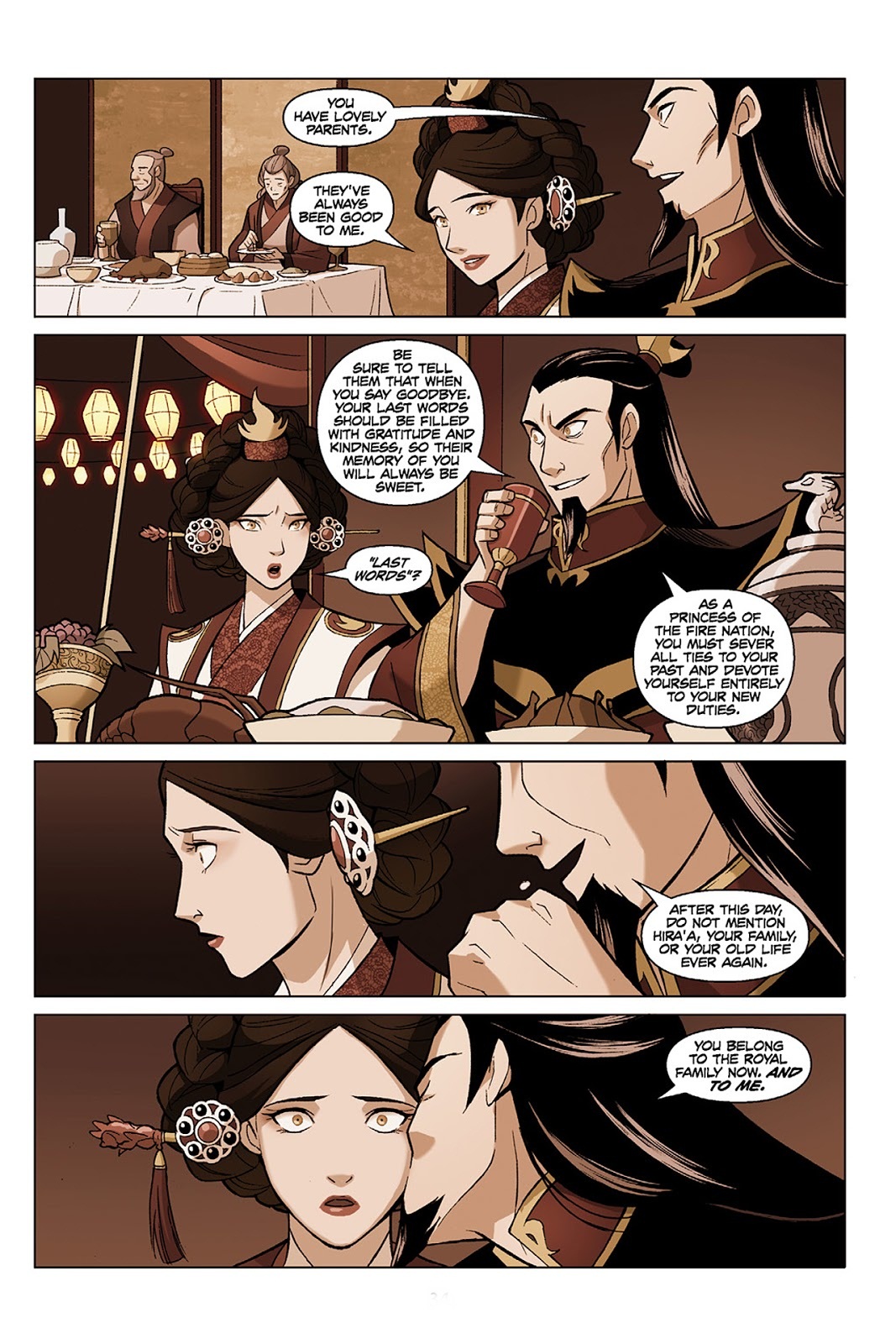 In the largely upbeat world of Avatar the nearest to a tortured character is Zuko, now the Fire Lord, and having failed to extract any information about his missing mother from his imprisoned father, he’s enlisted the help of his insane sister Azula. As she was one of the primary threats during the Avatar animated series, anyone else might see this as a recipe for disaster. However, everyone else is concentrating on the problem of Yu Dao, the city long colonised by the Fire Nation. Should it remain so, should it be returned to the Earth Kingdom, or is there another path? Considering there was almost a war on that matter in The Promise, no decision can be taken lightly, and it’s not taken here.

More so than the previous story, The Search dips back into old Asian customs, and the opulence of a palace and a royal wedding brings out the best in artists Gurihiru, with some gorgeous cartooning. As before, they combine a very decorative style with a natural talent for transmitting visual emotion and as there’s a melancholic feel to much of this opening chapter, their skill is much needed. New to them in this story is a battle between giant beasts, and that’s excellently handled also.

Azula hasn’t been seen since her machinations in the animated series, and under Gene Luen Yang’s watch she’s a seriously flaky and disruptive presence. With Avatar Aang, Katara and Sokka also accompanying Zuko in searching for his mother, she’s a constant danger, and her ambitions to take over the family business have never been quelled. Yang runs the present day story in parallel with snippets from the past, showing how Ursa first married the Fire Lord Prince Ozai, and how that marriage played out. The emotions in play make this a dark and tragic story, and Zuko discovers small hints about his mother, while the readers see far more. It makes for compelling reading, particularly the final page revelation.

The Search continues with Part Two, or alternatively the entire story is collected in a hardcover edition.