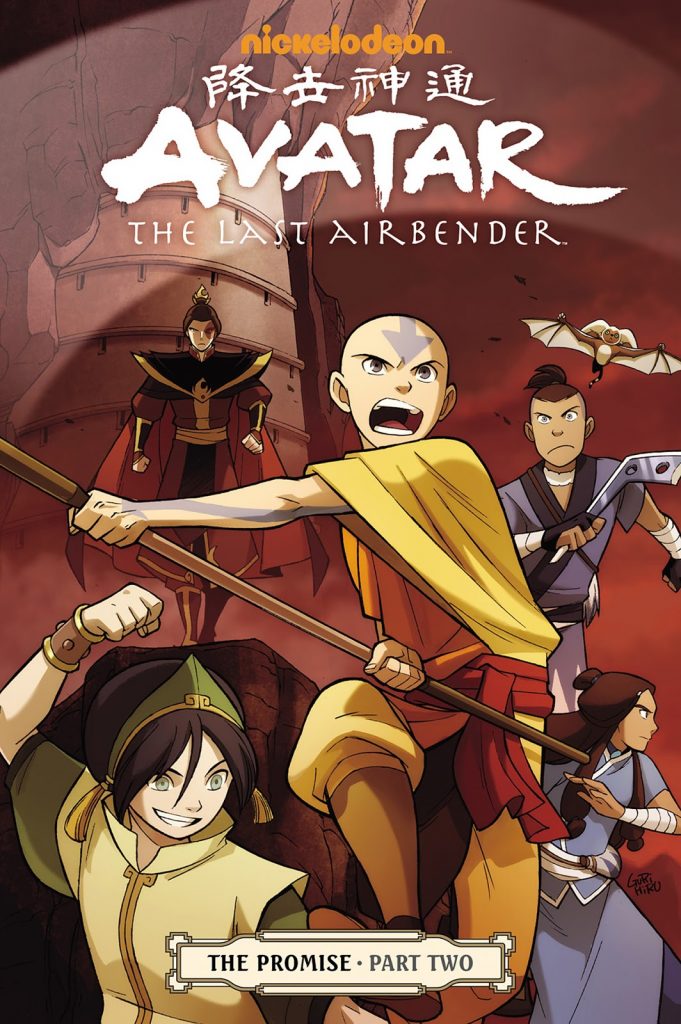 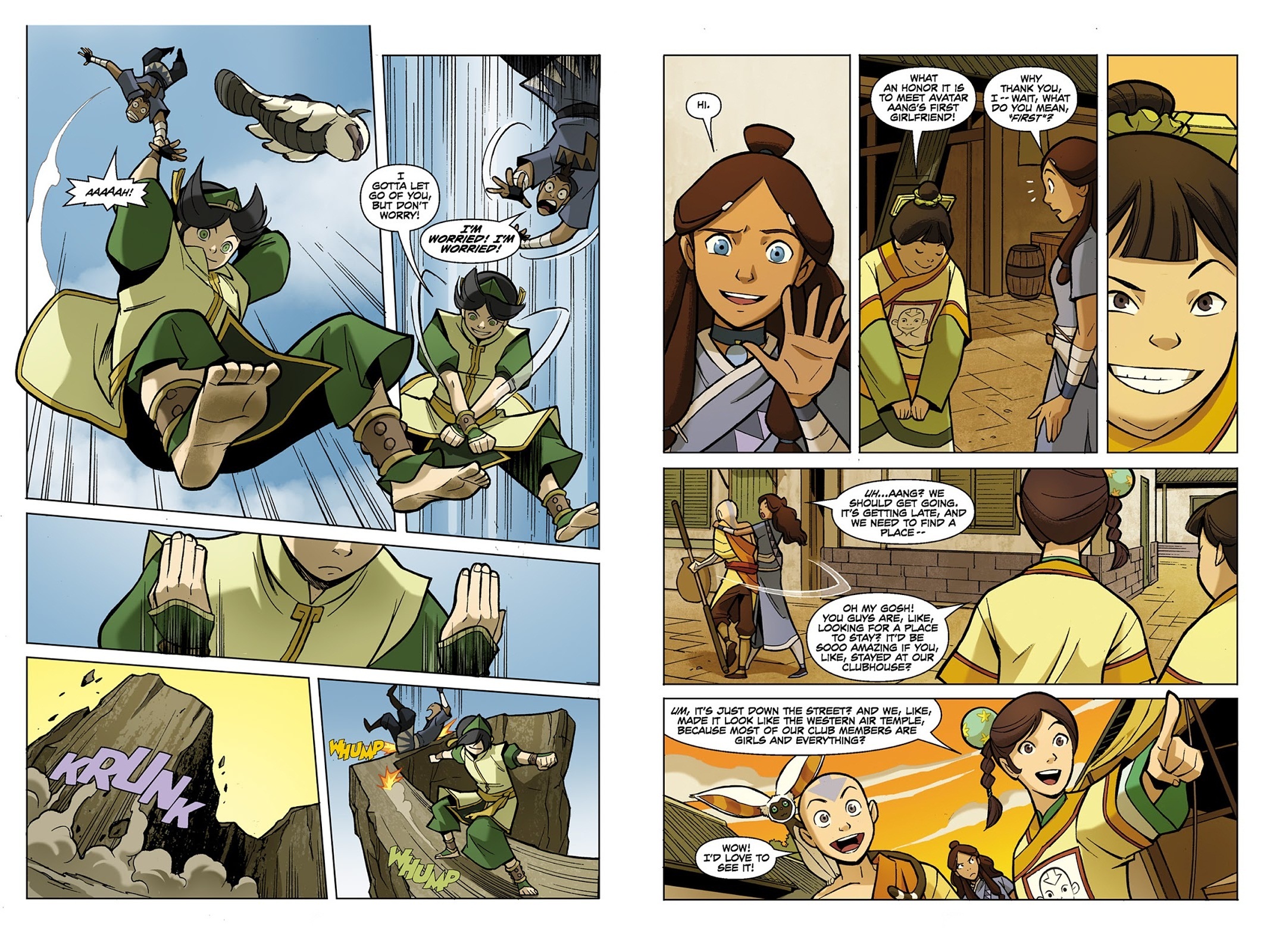 The animated Avatar: The Last Airbender ended with Aang, the Avatar, having fulfilled a mission of bringing peace to the world by ending the expansion of the Fire Nation. The Promise picks up with Gene Luen Yang addressing the problem of what happens to settled communities if all Fire citizens are forcibly removed to their homelands. As real world politicians have long known, that’s a contentious issue with no single solution, and it’s driven a wedge between Aang’s one time allies who have differing views. Hanging over everything is a promise Fire Nation leader Zuko extracted from Aang to kill him should he ever show signs of becoming like his father.

Much of Part One concentrated on setting up the central premise, so now Yang can take a step back and look at the new world. He has a wide cast to call on, and Sokka accompanies Toph to her metalbending school, now again occupied by Fire Nation adepts. It doesn’t seem as if her students are going to be strong enough to displace them. Meanwhile Aang and Katara are stuck with his enthusiastic fan club members when they should be meeting the Earth King.

Part of the reason the animated Avatar was so successful was that almost everything was good natured, with Aang himself the whimsical spirit infusing the series. The legends of the Monkey King were surely an inspiration, and that’s a character Yang’s familiar with. He infuses Avatar with the same positivity, and it’s noticeable that the optimistic characters are the most successful. When Zuko begins to have doubts is when he becomes weaker, despite projecting strength. Of course, when the art team of Gurihiru makes everything look so bright and cheerful there’s an instant connection, and the audience will want to read more.

The downside of the positive attitude is the Disney contrivance of how one plot plays out, but by the end of this chapter war again looks inevitable, and that’s the pull to the conclusion in Part Three. Alternatively, A hardcover collection of The Promise combines the entire story. 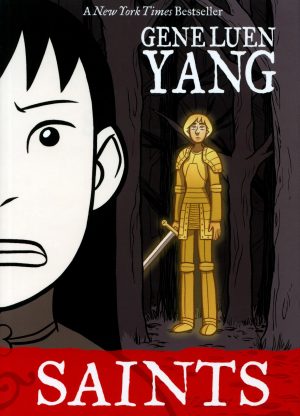