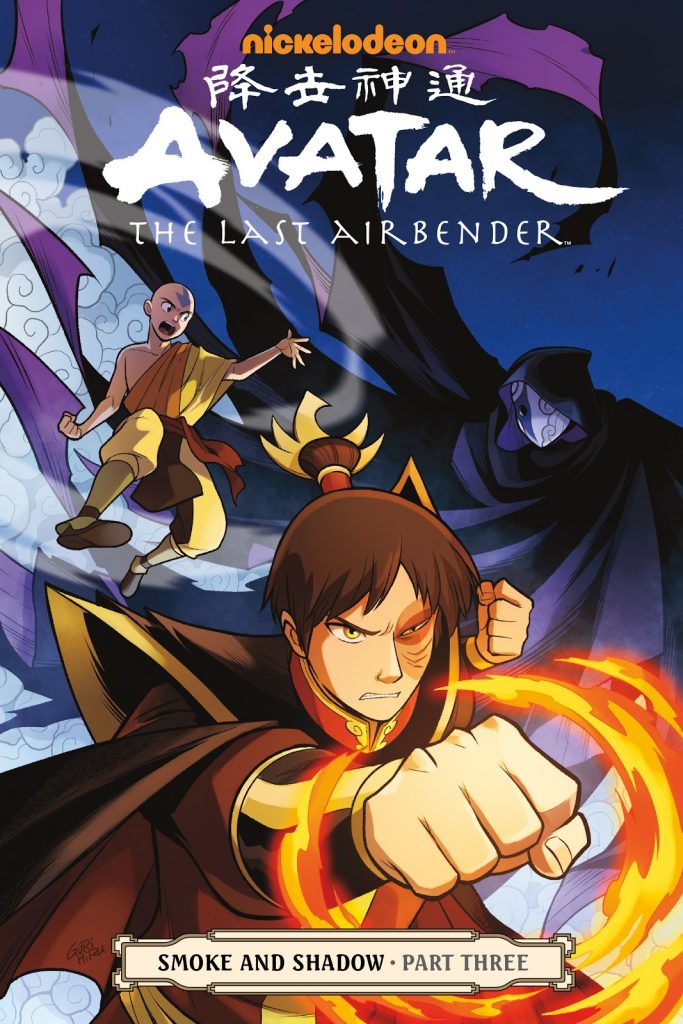 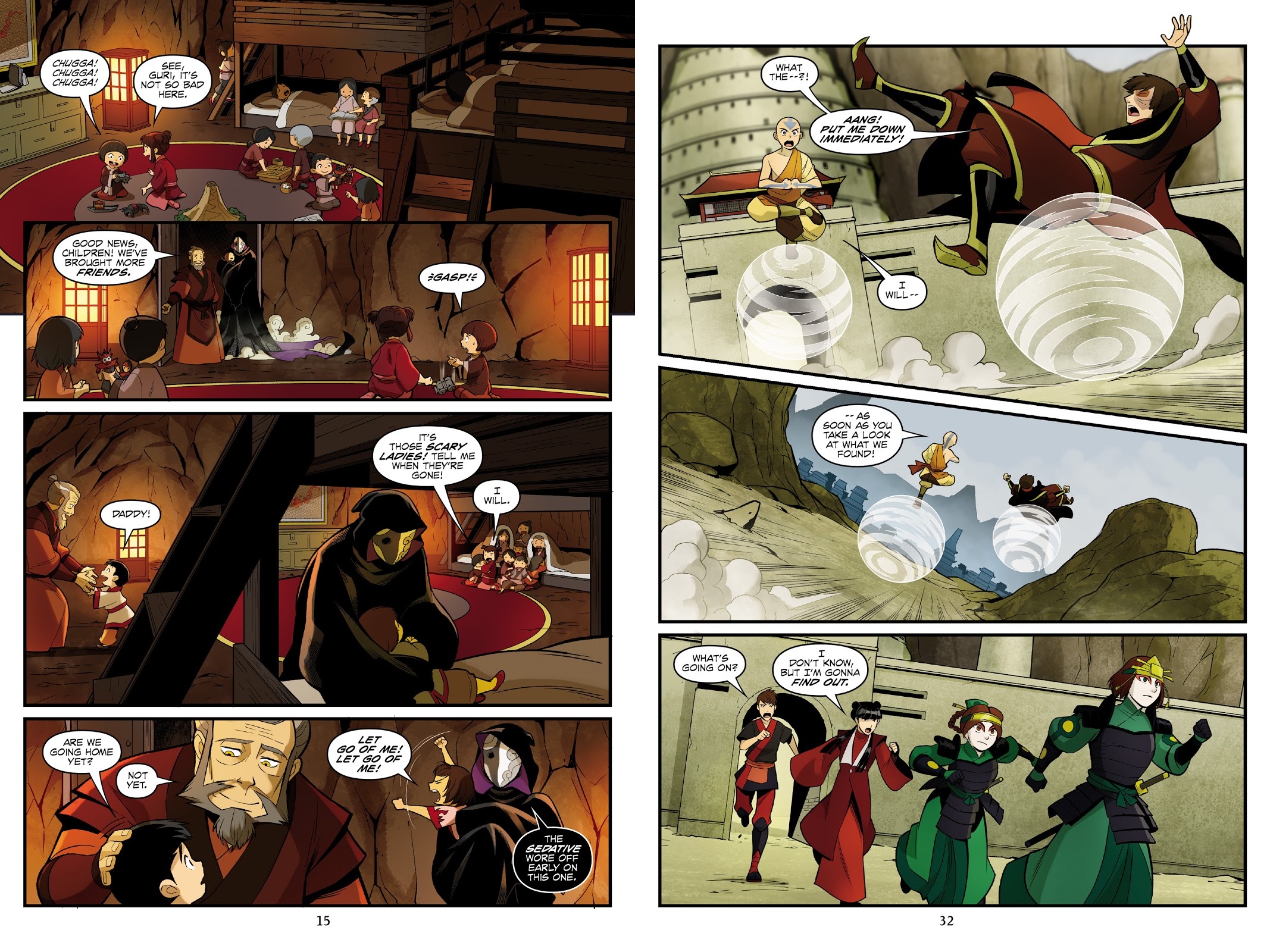 Once again trouble is stirring among the disenchanted in the Fire Nation, and once again Gene Luen Yang ended a chapter with a surprise, yet this time one that on consideration could have been guessed. Despite Yang drawing some attention in Part One, most people won’t have figured it out by the time Part Two ends. In that Aang and Fire Lord Zuko discovered that spirits known as the Kemurikage haven’t operated in generations, so the beings now abducting children must be imposters of some sort, which doesn’t make them any easier to deal with. Unfortunately Zuko’s way of resolving the situation may just fan the flames of resentment against him.

The abducted children gathered together are featured more than once, and Gurihiru pull out all the stops to have them looking cute and cuddly. That’s alongside their usual superbly expressive cartooning. Despite this being a darker story than most Avatar graphic novels, there’s such cheer on the faces of so many characters.

Another signifier of how good Yang’s writing is appears midway through. Most other writers would have let things lie once they’d revealed what the current incarnations of the Kemurikage were, yet Yang has once nice final twist to deliver, connected to Mai’s personality and her youth. Everything ends with a battle that’s really been coming since Zuko made a mistake to begin The Search, yet again Yang defies expectation, making a point rather than extending something artificially for the sake of spectacle. It reinforces his strong character based approach, along with surprising, and ultimately being more memorable than just another battle. If that needs reinforced, the final few epilogue pages featuring Ursa again meeting her former husband are brilliantly written, very powerful scenes. They’re preceded by a few words issued through Zuko’s mouth that could equally apply to the USA at the time of publication.

As ever, Smoke and Shadow may be better enjoyed as a single hardcover edition. Part Two revealed Katara and Sokka’s plans to return home, and they begin their trip in North and South.