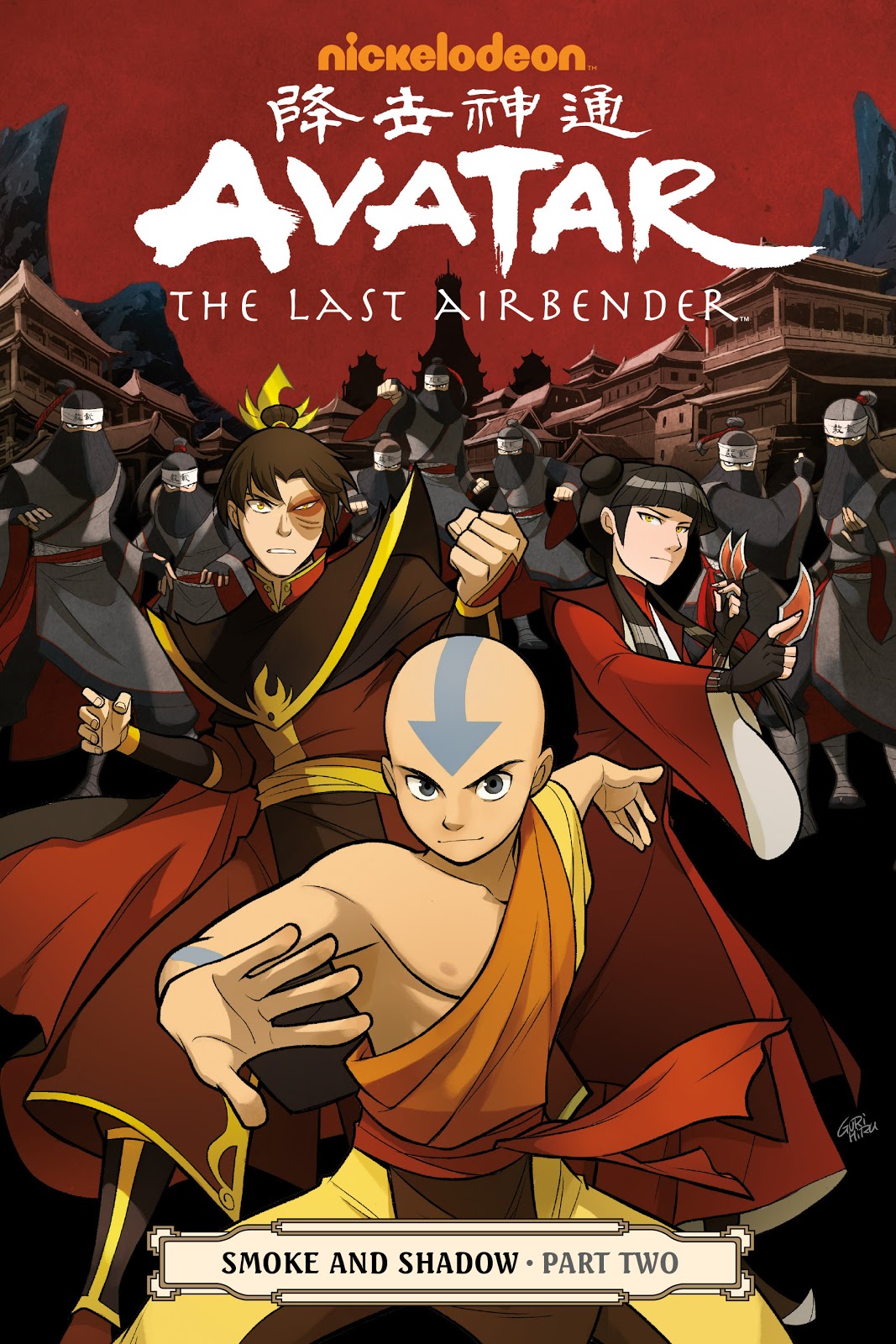 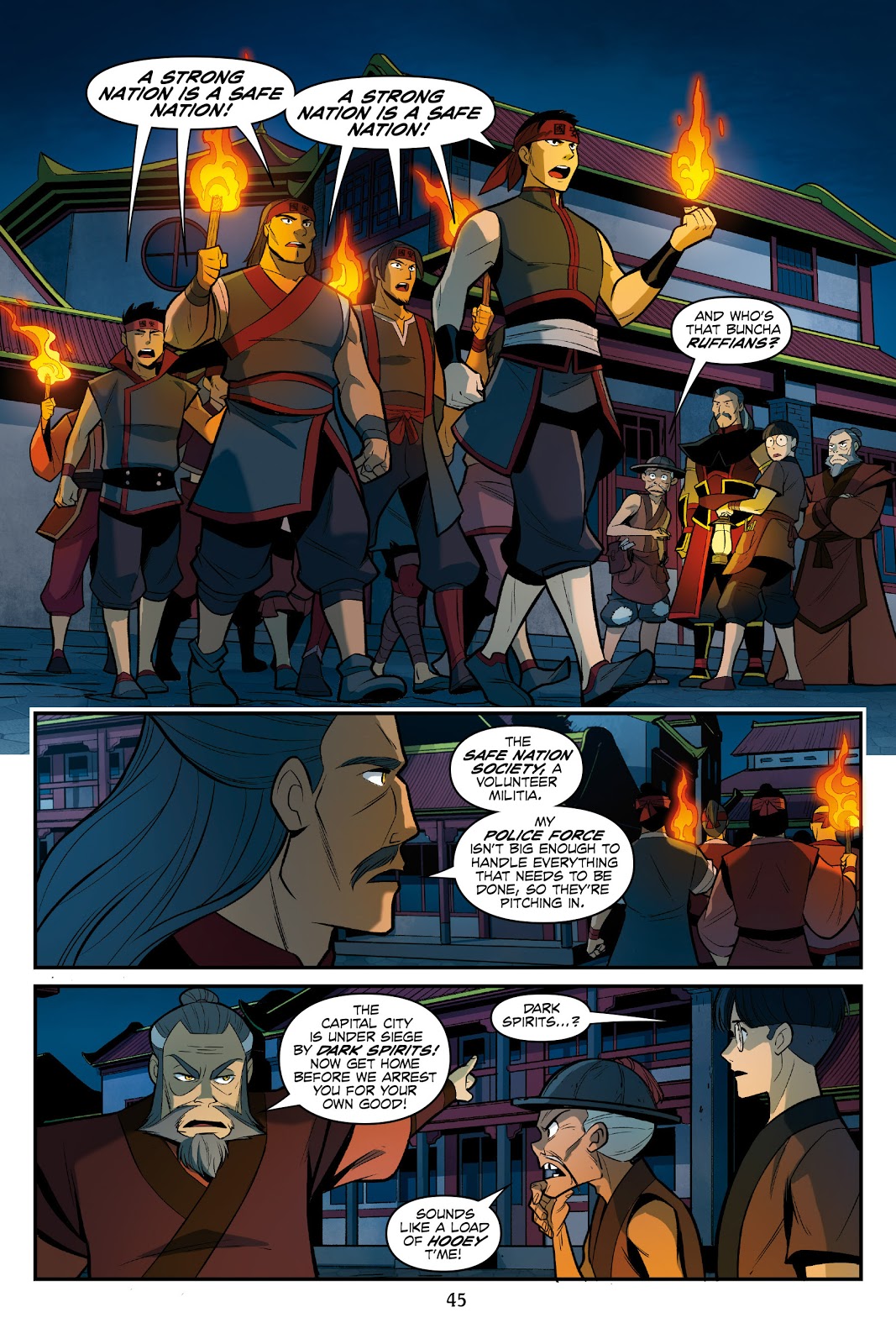 Aang, the Avatar himself, was largely absent during Part One, which concentrated on the troubles of the Fire Nation, where the New Ozai Society continue to oppose Zuko’s rule, and it seems they have allies among the spirits. The Kemurikage are myths used by parents to keep children in line with stories of them abducting naughty children, but it seems they may not be myths after all. Because Kiyi has featured so sympathetically since her introduction Gene Luen Yang introduces instant tension with the plot.

Yang uses Smoke and Shadow to reveal the early days of the Fire Nation, so there’s an opportunity for Gurihiru to switch their style slightly, not just giving the scenes of the past a sepia wash, but also depicting it in a manner looser than their usual tight cartooning. It’s equally attractive, and the remainder of the book benefits from their usual elegance.

Part Two also widens the threat of the New Ozai Society, their leader Ukano switching tactics from a campaign of direct action to one of whispers and manipulation. As ever, Yang’s work forms a strong emotional connection with the audience. Not only is there the constant threat of children being abducted, but Yang works well with Mai. Once Zuko’s girlfriend, she now has a new partner, but does she still hold feelings for Zuko, and is he now mature enough to reciprocate properly? Relating this in a couple of sentences makes it seem far more melodramatic than it is in context, where it’s also accompanied by Mai’s conflicted feelings about her father Ukano. She has no doubt that what he’s trying to do is wrong, which is why she and her mother left him, but despite that family bonds are tough to break.

Yang takes us into Part Three with a nice bombshell, or alternatively the entire story is available in a hardcover edition. 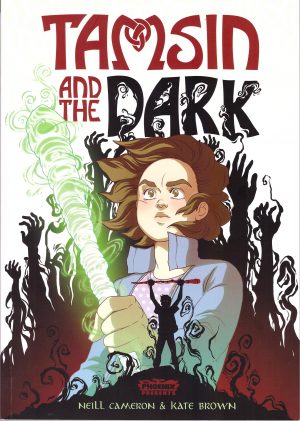 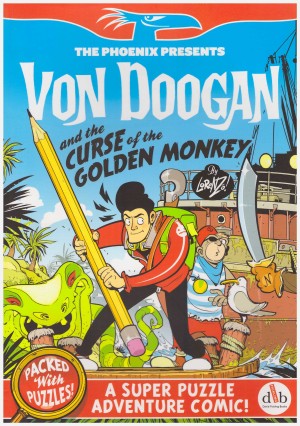 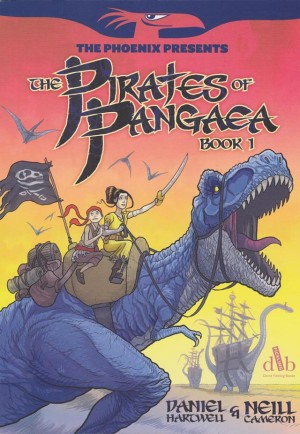