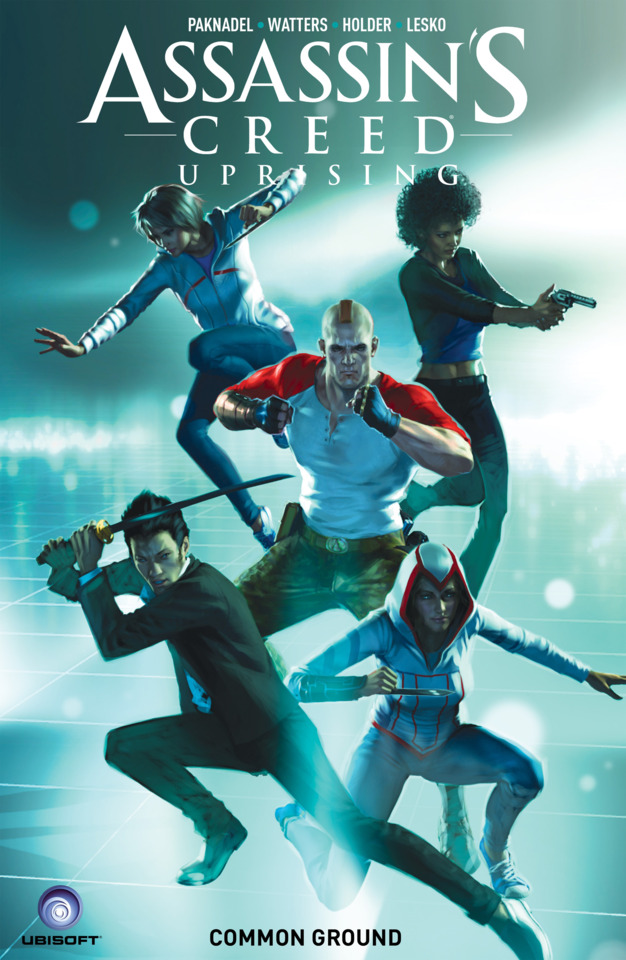 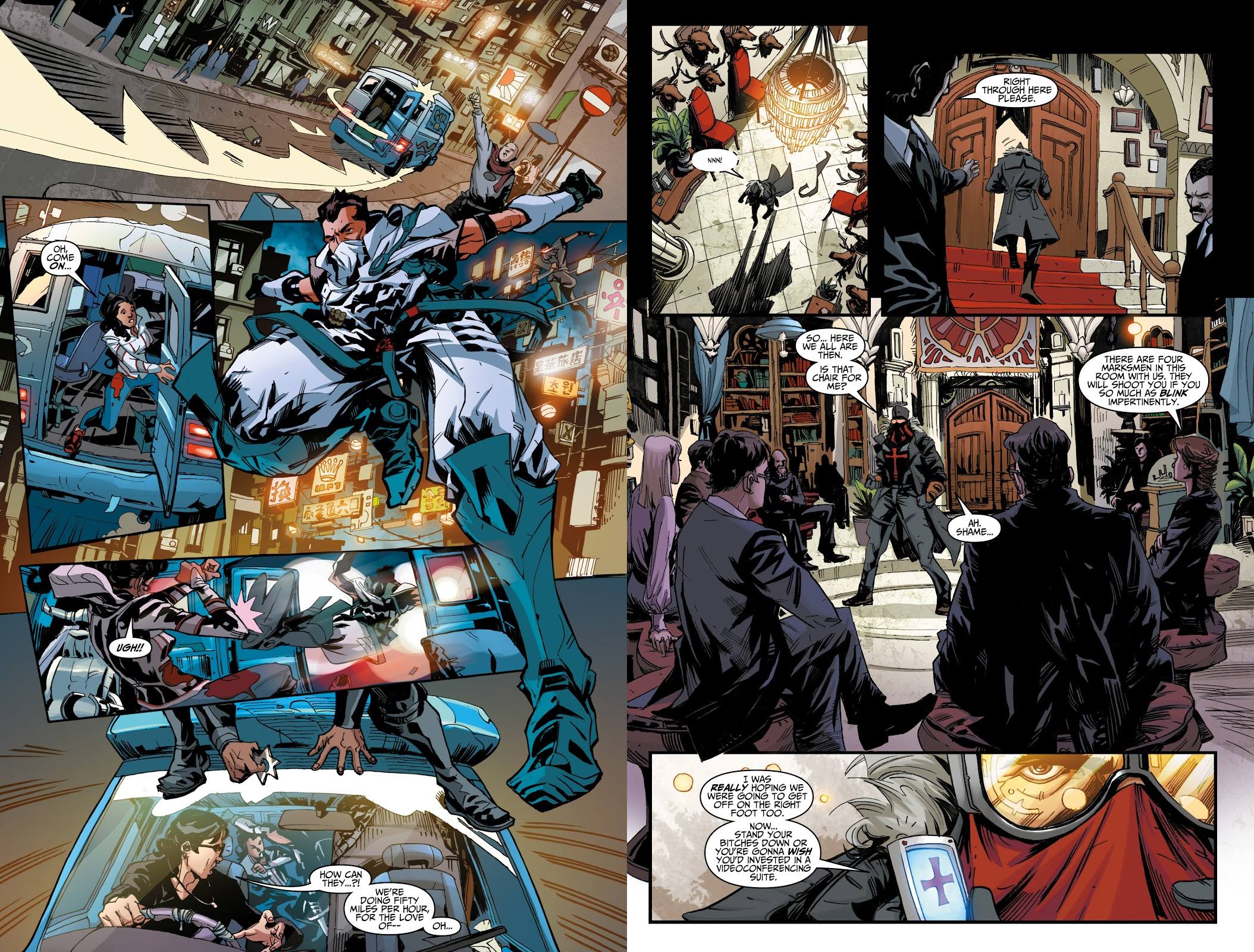 Uprising isn’t a graphic novel trilogy to jump into without being familiar with earlier Assassin’s Creed comic stories. Juhani Otso Berg will be a known face from the games, the Templar conscience if you will, but much of the cast originates in the trilogy starting with Trial by Fire, and in comics the new Black Cross was first seen in Templars: Black Cross.

The writing partnership of Alex Paknadel and Dan Watters take these disparate characters and crash them together, beginning with a mission for Charlotte de la Cruz and her allies that goes horribly wrong, leaving her injured, and a friend at death’s door. Despite priding himself on always being a step ahead, Berg, who has been monitoring his foes, is puzzled about why this should have happened. Over four chapters a lot of balls are set rolling, yet there’s still time to explore the cast, establishing that Charlotte has now been an Assassin for two years, and such is her heightened sensitivity to her surroundings she immediately assesses how to kill everyone in a room she enters. There are similarities with the technology being used here and Paknadel’s Arcadia story, where he takes it a whole lot further, but that’s perhaps why the philosophical aspects of experiencing the lives of an ancestor interest Paknadel.

Jose Holder is a long way toward being one hell of a comic artist, as can be seen by his natural way with people and the innovative viewpoints. What slightly lets this art down, though, is his tendency to pack the panels with so much that it’s difficult to focus on what’s necessary.

It’s a rare Assassin’s Creed graphic novel where no-one dips back into the past to experience the life of an ancestor, but Uprising: Common Ground is pretty well that. All the action and almost all the mystery is set in the present. Because the situation that develops isn’t as simple as Templars against Assassins, Paknadel and Watters’ plot is designed to be edge of the seat, and our comfort with the cast is exploited. By the final pages everything takes a strange turn when the curtain is pulled back to another era, setting up the story’s middle section in Inflection Point. 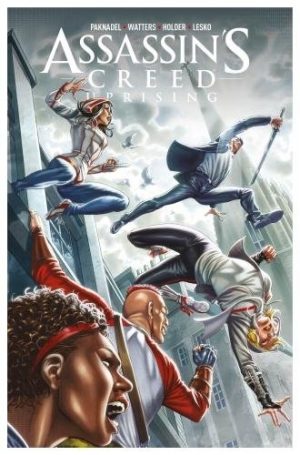 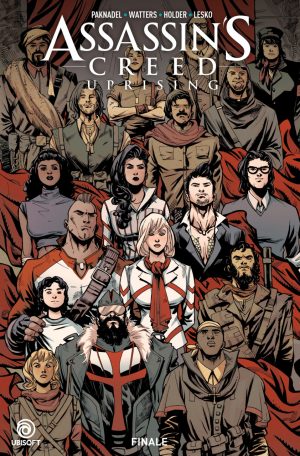