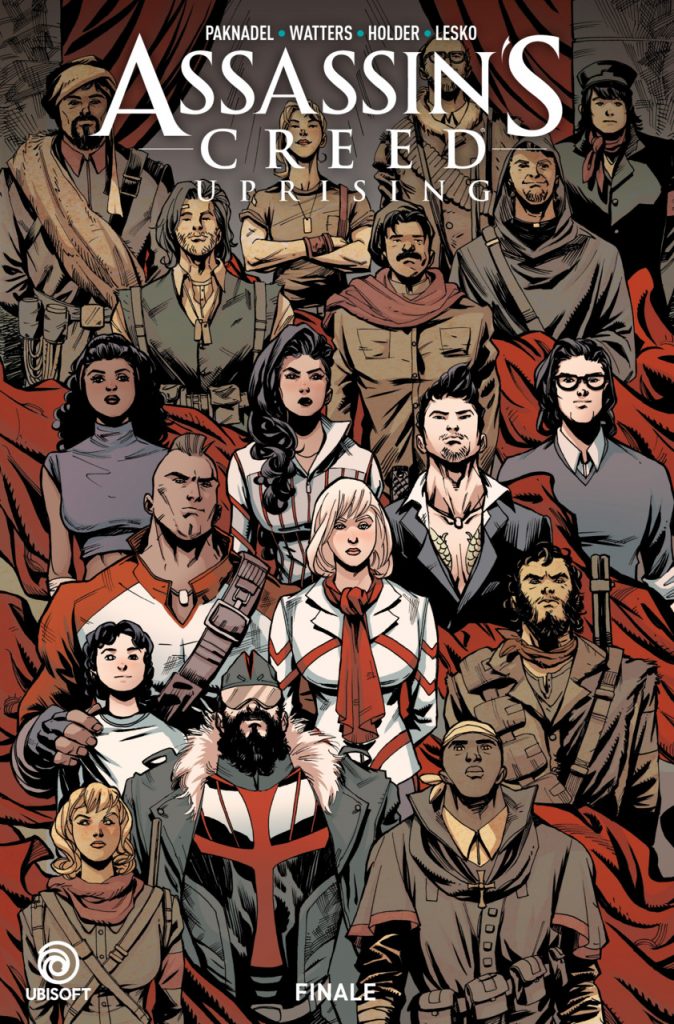 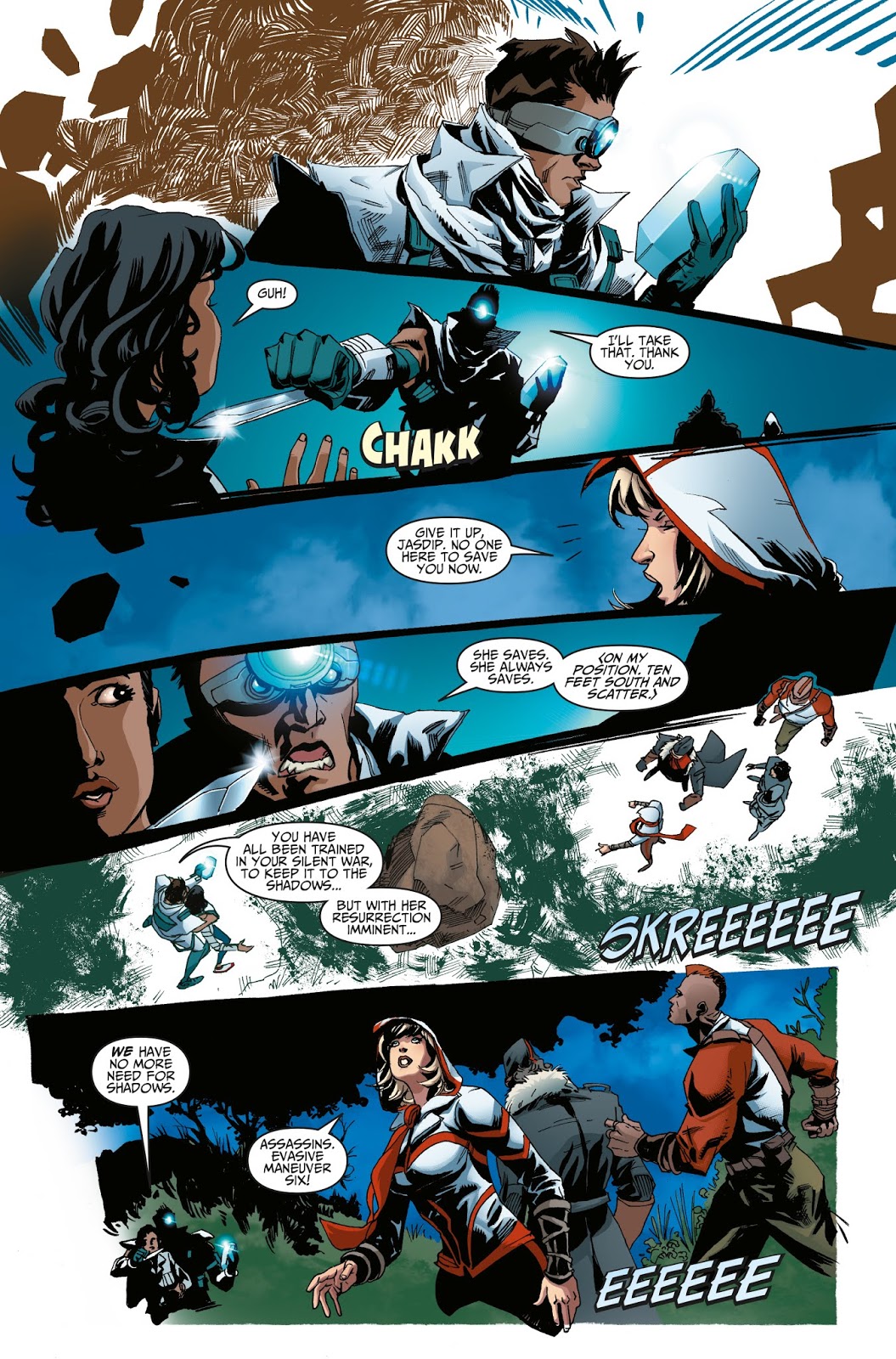 Alex Paknadel and Dan Watters have supplied a very different mood for each of Uprising’s two previous volumes, and shift again here. The main players and their purposes were introduced during the present day discoveries of Common Ground, while Inflection Point was primarily a trip back to the past. Assassins were united with the Templar Juhani Otso Berg as the common threat was identified. Finale is the cinematic action thriller where ill-matched forces take on a power beyond them all, with the fate of humanity at stake.

For once that’s true in a more literal sense as the intention is that Juno manifests again in the present day, and her aim is to rule and control humanity. The unconventional alliance of Assassins and Templar know the method to be used, and now where the primary activation device is located, but can they prevent Juno accessing it? Well, the first page pretty well answers that.

Just as the atmosphere has changed with each volume of Uprising, so to a degree has Jose Holder’s art. The sample page begins with an unconventional, but effective splodge of crosshatching, slashes the horizontal panels like Gene Colan, and provides almost floating, incomplete figures at the bottom, yet it’s still a nice page. Loose figures and sketchier backgrounds supply a sense of urgency to a plot that moves at one hell of a pace.

A sense of desperation is cultivated as the pages turn, but distinguishing this from the standard action thriller is Paknadel and Watters questioning the ethical underpinning of the organisations people fight to uphold. The real world equivalents are never named, but we all know them. The end, when it comes is relatively rapid and clever. The method of dealing with someone all-powerful is something that’s been used in superhero comics before, but works here. Finale is the most conventional of the three Uprising graphic novels, but still very entertaining, making this trilogy the best Assassin’s Creed in comics to date.