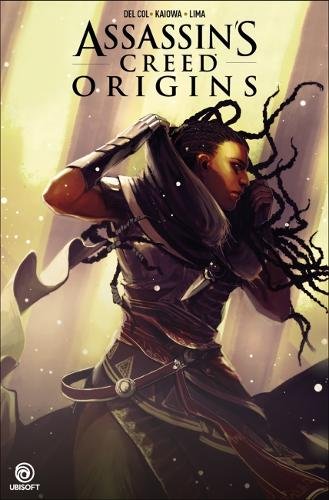 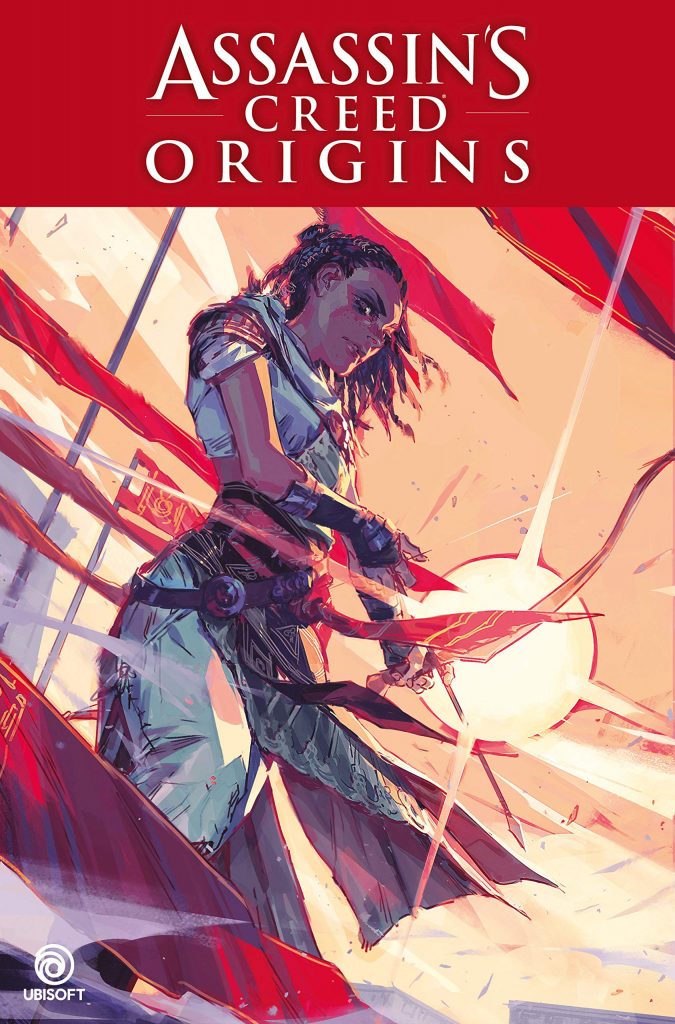 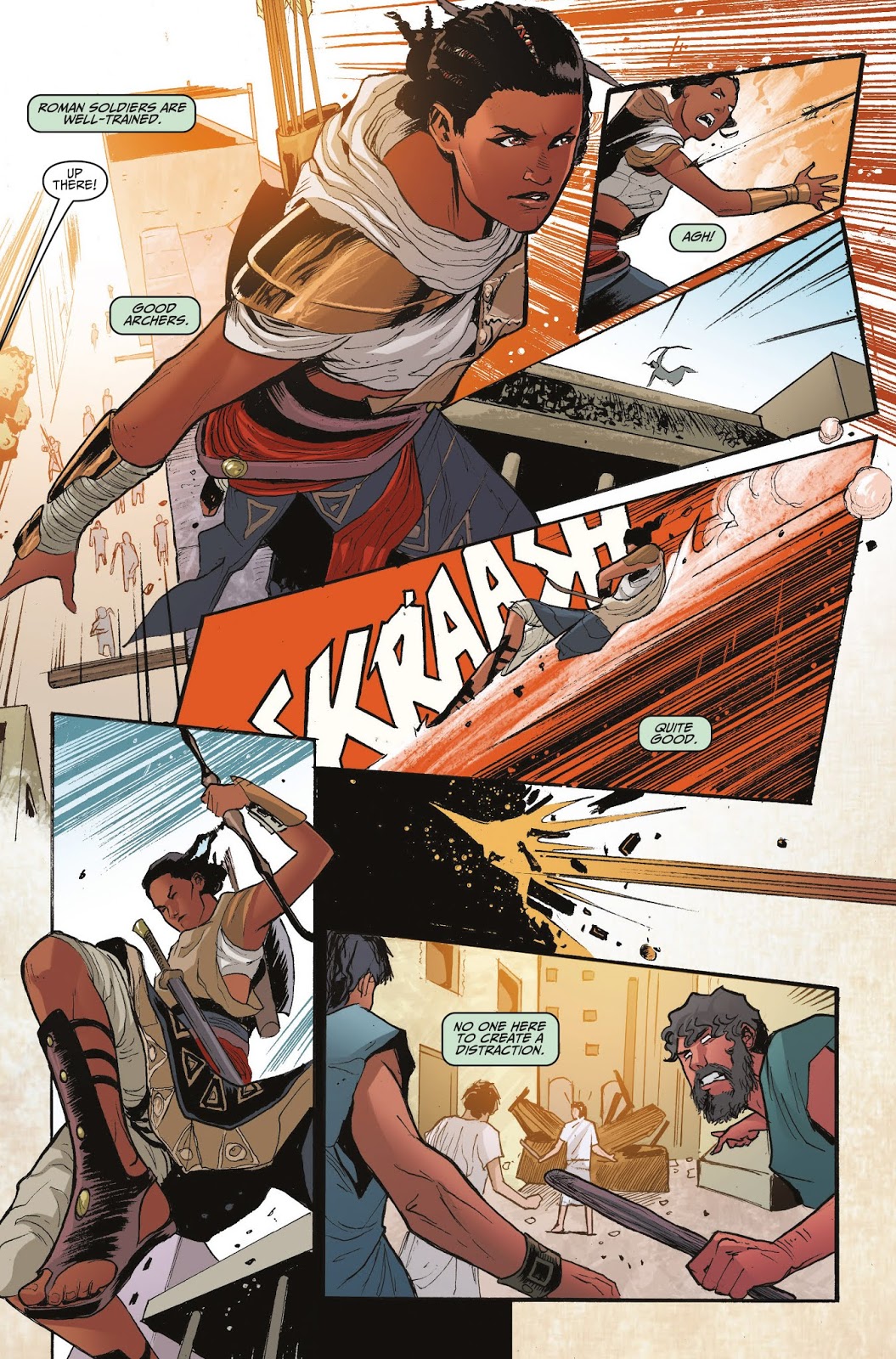 As the title suggests, Origins ties in with the Assassin’s Creed game of the same name, the lead character here being Aya, wife of Bayek in the game. We join her early in a flashback sequence set a day before the killing of Julius Caesar, the plot provided by game writer Anne Toole with comic writer Anthony Del Col, and he supplies the script. He’d previously collaborated on a trilogy starring Charlotte de la Cruz (starting with Trial by Fire).

Origins promises a story getting to the nitty gritty of how the Assassins came to be, which in game lore amounts to Aya’s strong belief that any kind of leadership that doesn’t have a role for the people is one that should be ended. What she hasn’t taken into account is that people are unpredictable and while she may be able to see past populism to true intent, many can’t, and isn’t that a reflection of the USA at the time game and graphic novel were released. Aya’s story from 44BC is framed by what her one time friend Cleopatra experiences in 30BC, when Cairo and Rome no longer maintain such friendly relationships.

Artist PJ Kiowa draws in a style blending standard European cartooning with a little manga influence. It’s tidy and avoids any confusion about what’s happening, but also plain. The only scenes that really stick in the memory are those of Aya running and leaping around the city in a form of Roman era parkour.

Yet Origins itself rarely springs into life. It’s sustained by the mystery of why Aya and Cleopatra are connected, and the occasional neat piece of invention, a scene with a few hippos being good, but for what’s proclaiming itself as the origin of the vast world spun into Assassin’s Creed, it’s disappointing. It’s just another adventure in the past with a few hints that the really dedicated will pick up.

Origins comes in two editions. The standard version just has four chapters of the serialised comic, while the Special Edition pads that out considerably with the addition of process material and interviews. As of this review going live Amazon list this as 400 pages featuring a lot more content, and that’s plain wrong.