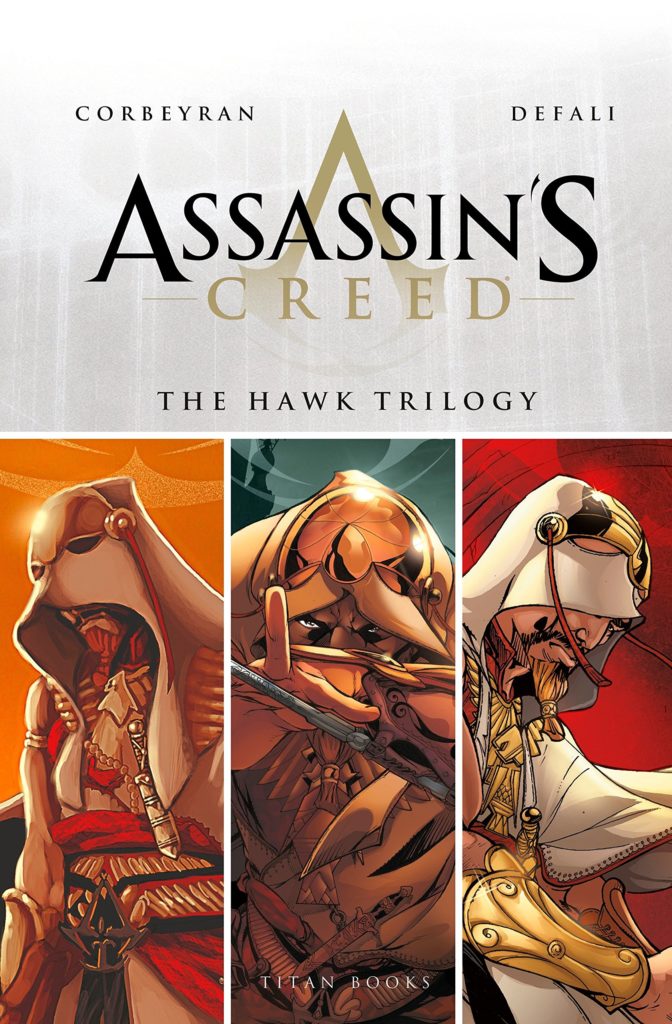 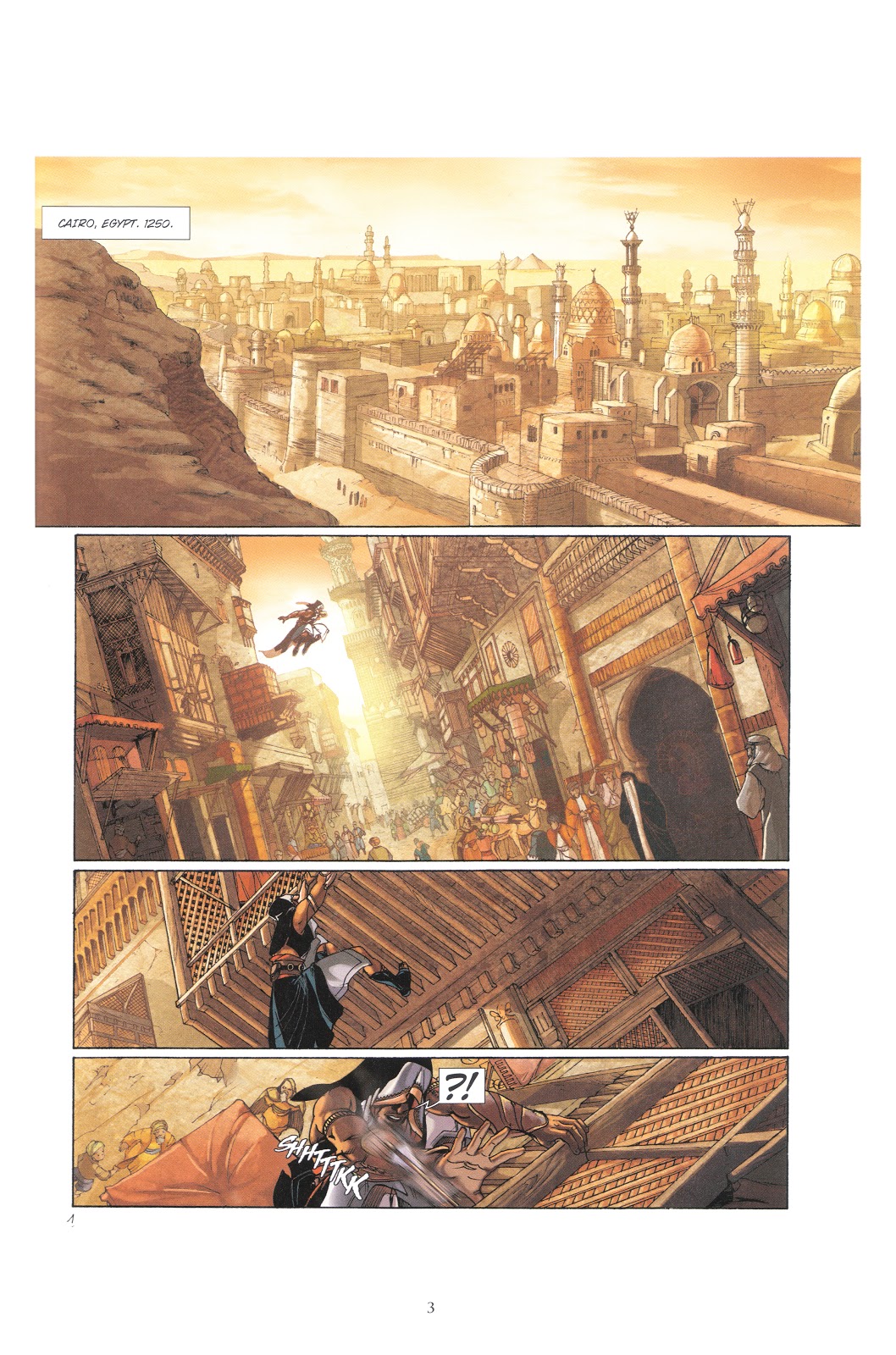 The Hawk Trilogy combines three earlier Assassin’s Creed graphic novels by the French creative team of Eric Corbeyran and Djilalli Defali, Hawk, El Cakr and Leila. They’re a continuation of The Ankh of Isis Trilogy, but this can be read separately with no knowledge of earlier works. The lead character of those stories, Desmond Miles, is briefly seen before being shuffled off into the shadows, allowing for what’s intended as the more charismatic Jonathan Hawk to take the centre stage. It represents a shift from using characters seein in the Assassin’s Creed game.

The talents of both creators are offset by drawbacks, but while there’s been distinct improvement to Defali’s art since he began drawing Assassin’s Creed, the same doesn’t apply to Corbeyran’s writing. He constantly has his cast explaining for the audience’s benefit, is hamfisted when it comes to attempts at romance, and he’ll have people make impossible deductions. Two of these concern a shard broken from the hilt of a dagger, from which allegiance is extrapolated, and later a character has eyesight good enough to spot the dagger the shard came from at night and from a distance. Thankfully other aspects of Corbeyran’s plotting are better. He makes good use of some people’s ability to experience the lives of their ancestors, deals well with repeated betrayal, and comes up with an interesting variation on the machine allowing earlier lives to be experienced.

Defali’s strengths are design and scenery, and they carry these stories a long way, because no matter how many pages of explanation from Corbeyran interrupt, the needs of viewing the past ensure we’re never too far away from another sumptuous scene. The sample art is the opening page, filled with detail and reflecting the game as the Assassin makes his way through town unseen. Defali’s also good with technology, but people are his weakness. They’re nowhere near as poorly drawn as in the opening graphic novels, and the really dodgy looking figure is now the exception instead of the norm, but when the page is turned to arrive at one of these, a wince still occurs.

Hawk is meant to be suave and idealised, yet never convinces as such, but as long as Corbeyran steers him away from women he works as a wooden action hero. There’s a far greater likeability to El Cakr in fourteenth century Egypt, who has the easy rogueish charm Hawk aspires to, and his encounters are the more interesting aspects of the plot. In past and present the search is for the Sceptre of Aset, with both the Assassins and the Templars on the hunt. Corbeyran switches between their plans and the past well, and while some items in the earlier pages may seem entirely random, one being the robbery of an eye, their purpose is eventually revealed. Too many plot shortcuts, clumsy explanations and strange looking people mean The Hawk Trilogy isn’t the thriller it’s intended to be, but it’s a step up from The Ankh of Isis Trilogy.

Assassin’s Creed creators Ubisoft gave up on Corbeyran and Defali after this, and future graphic novels were the work of American creators. Start with The Fall and the The Chain.