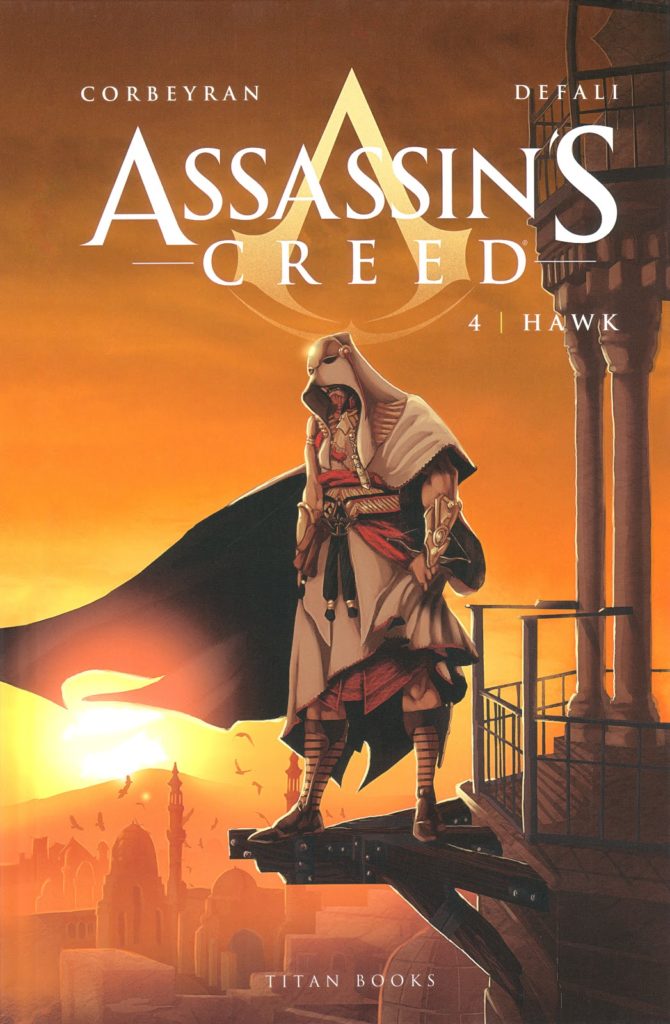 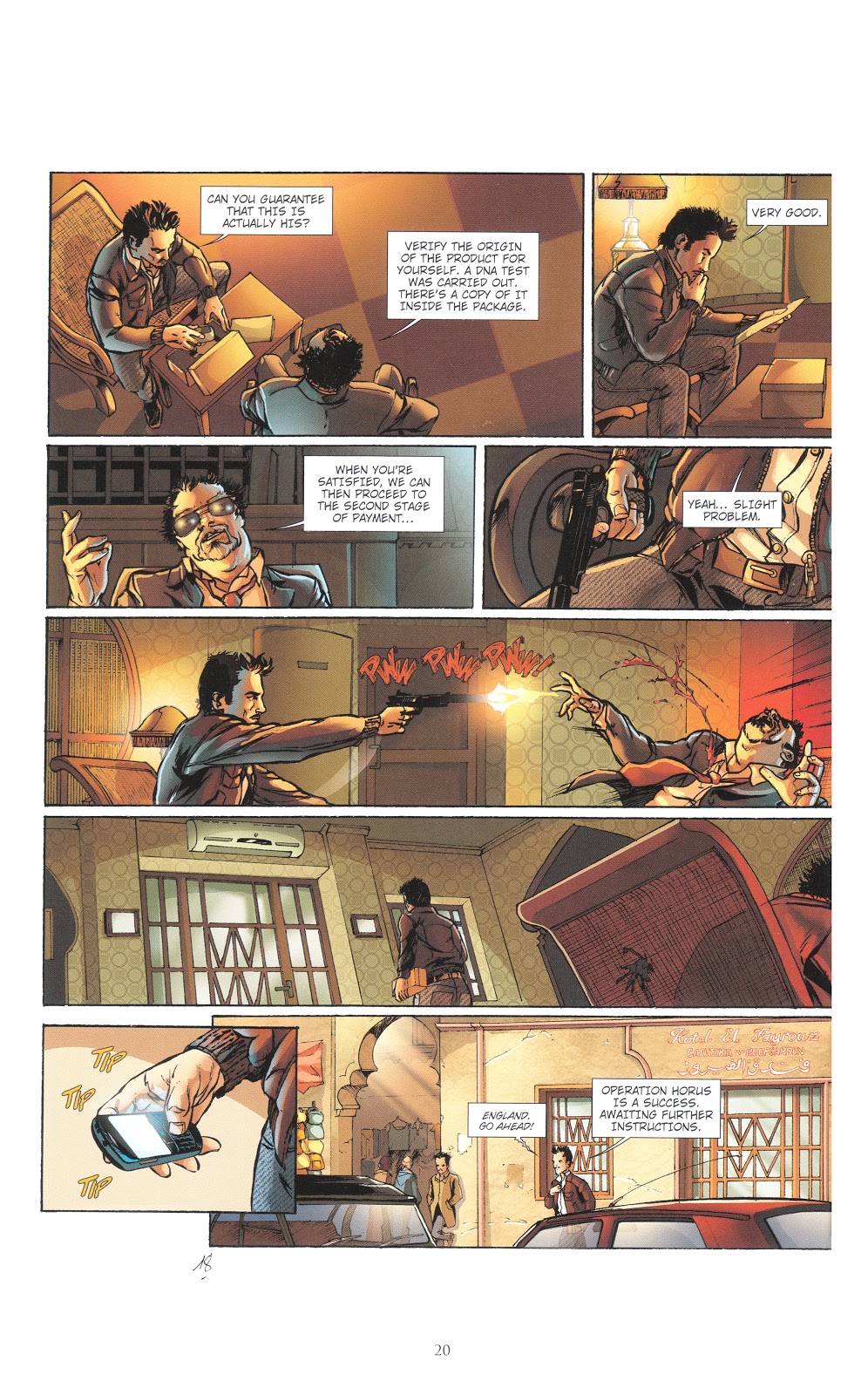 Hawk continues the search for ancient objects whose value is far greater than historical. They predate human history, being artefacts left behind by a now dead race, and if the Assassins can gather them they can prevent the Templars controlling humanity. Three previous volumes by Eric Corbeyran and Djilalli Defali concentrated on Desmond Miles as seen in the first Assassin’s Creed games, but the creators are now left to their own devices and supply their own cast within the game world. Their primary creation is Jonathan Hawk, middle aged, but still fit, only slightly incapacitated by the loss of an eye, accounting for him always wearing shades, enabling Desmond to shuffle away into a dark corner somewhere never to be seen again in these graphic novels.

Defali’s art took a leap on the previous Accipiter, and continues to improve. Strangely posed people are now the exception instead of the norm, while backgrounds and design have always been a strength. Scenes set in Egypt are beautifully rendered. More imagination could be applied to the colouring, now by Cyril Vincent, but it’s not the dullness supplied by the previous colourists. However, the improving art only highlights the lack of improvement in Corbeyran’s writing. Characters still explain to others what they already know, even using phrases highlighting that Corbeyran’s explaining to the audience via dialogue, and he still has the cast deduce the impossible. An artist is able to reconstruct a Templar emblem definitively from studying a tiny shard taken from the handle of a dagger. In a world where the unfeasible is commonplace, Corbeyran renders it unacceptable.

Having safeguarded an ankh in the earlier trilogy, the Sceptre of Aset is identified as a target, but as this is the opening chapter of a new trilogy there’s much skulking around, many conversations and almost as many explanations, but action is at a premium. It does lead to a cliffhanger ending, but too much set-up is unsatisfactory. Thankfully Defali has stepped into the breach, so Hawk is a graphic novel worth looking at, and the story continues in El Cakr. Alternatively both are collected along with the subsequent Leila as Assassin’s Creed: The Hawk Trilogy.