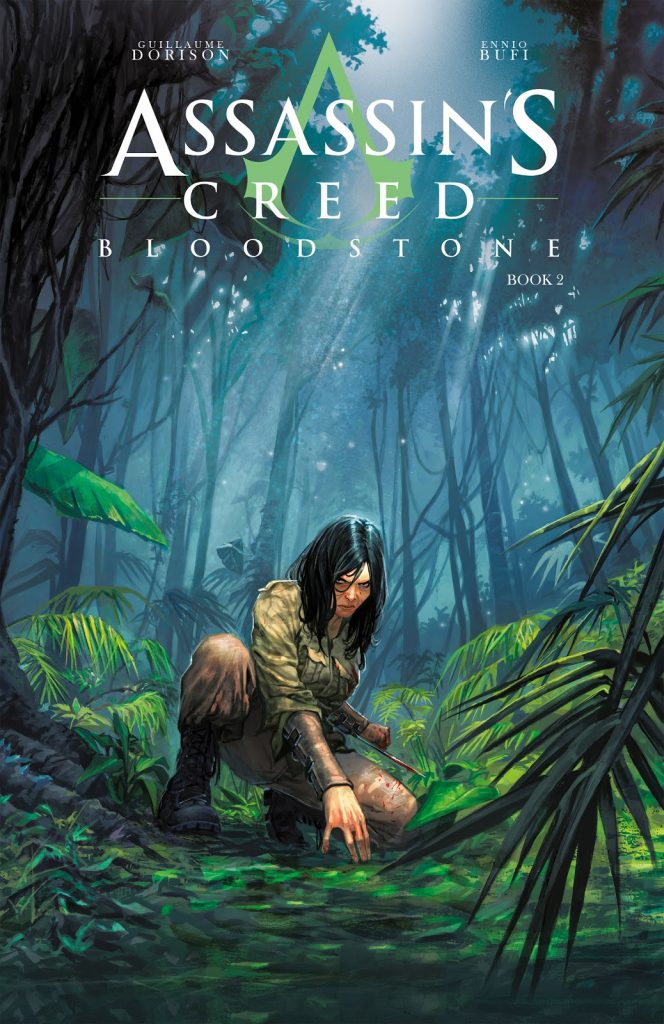 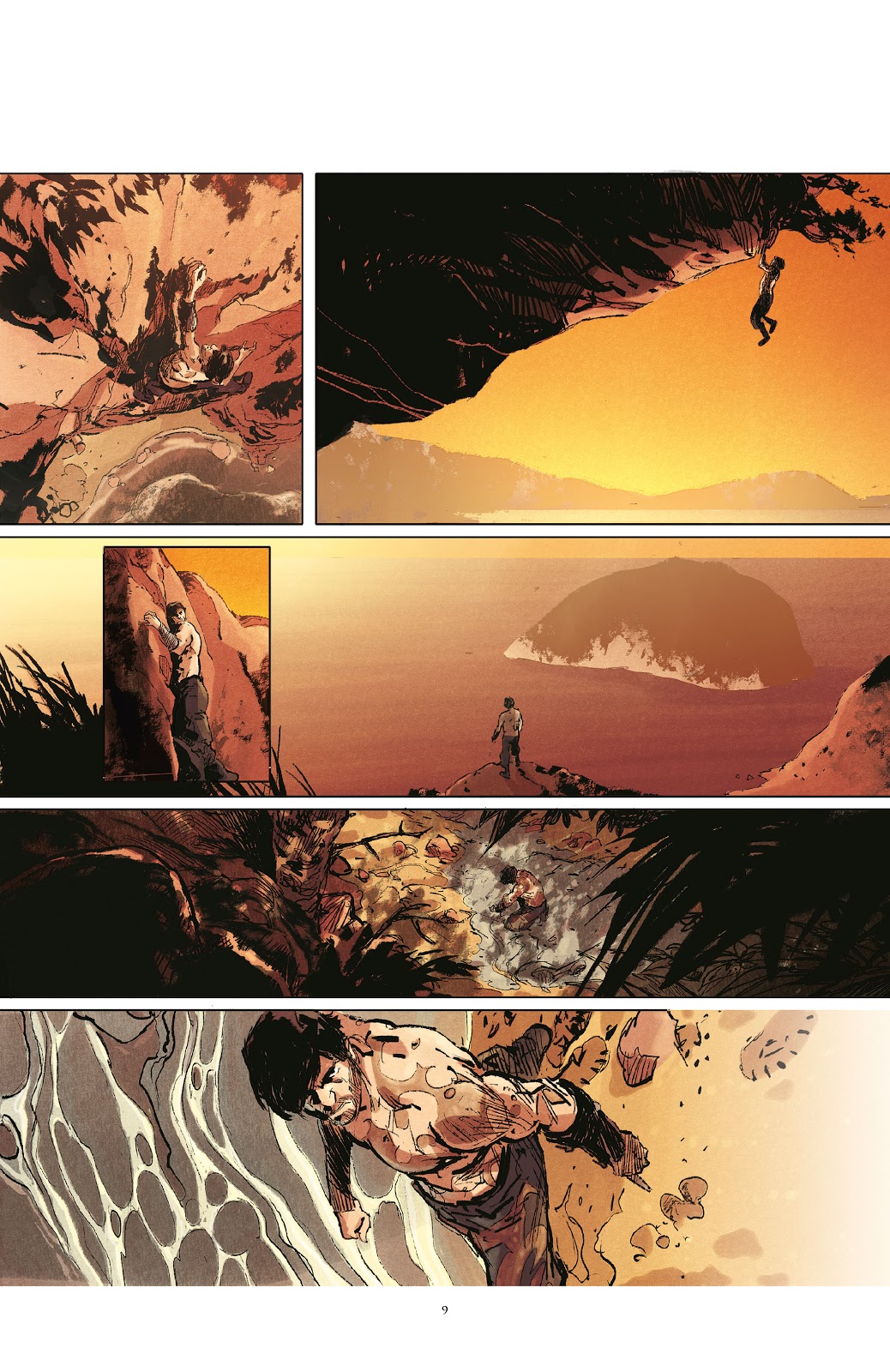 Tomo Sakagawa has spent most of his life learning the computer skills that eventually pay off when he locates a way to the person who murdered his mother. We learn that perhaps shades of grey are involved in disagreements between factions of the Assassins, and Natalie Chapman, who runs a Swiss clinic, might not be the villain Tomo first assumes. He proves so adept at living the life of an ancestor that aspects of their personality affect him in the present, and when Bloodstone Book 1 finished he’d survived a terrifying situation that tied in cleverly with Guillaume Dorison’s previous Assassin’s Creed outing Conspiracies.

Unlike that, artist Ennio Bufi is still around for this conclusion, so there’s no plummet in the quality of the art. If anything, it’s even better, with Bufi turning in an amazing naval action scene counterpointed with the solo actions of an Assassin in Vietnam, 1964. He’s one of those incredibly proficient European artists able to make everything look good in the service of the story.

We’d more or less already learned that Chapman was following her own agenda, and that’s confirmed early as we’re told her ultimate aim is use the Animus technology differently, enabling her to in effect resurrect any Assassin from the past. Except people have attempted that before, and as we see, the consequences are tragic. The way Dorison ties this in with Tomo’s intentions has been well foreshadowed, and he cultivates desperate situations in two different eras while running a constant evaluation of the benefits or otherwise of being able to access the memories of our ancestors.

Dorison’s plot needs a couple more pages to maximise the tension, and doesn’t get them, but the ridiculously rapid ending is the only downside to what without a doubt is the best Assassin’s Creed graphic novel to date. A complete edition combines both halves of the story, and provides a smoother read.