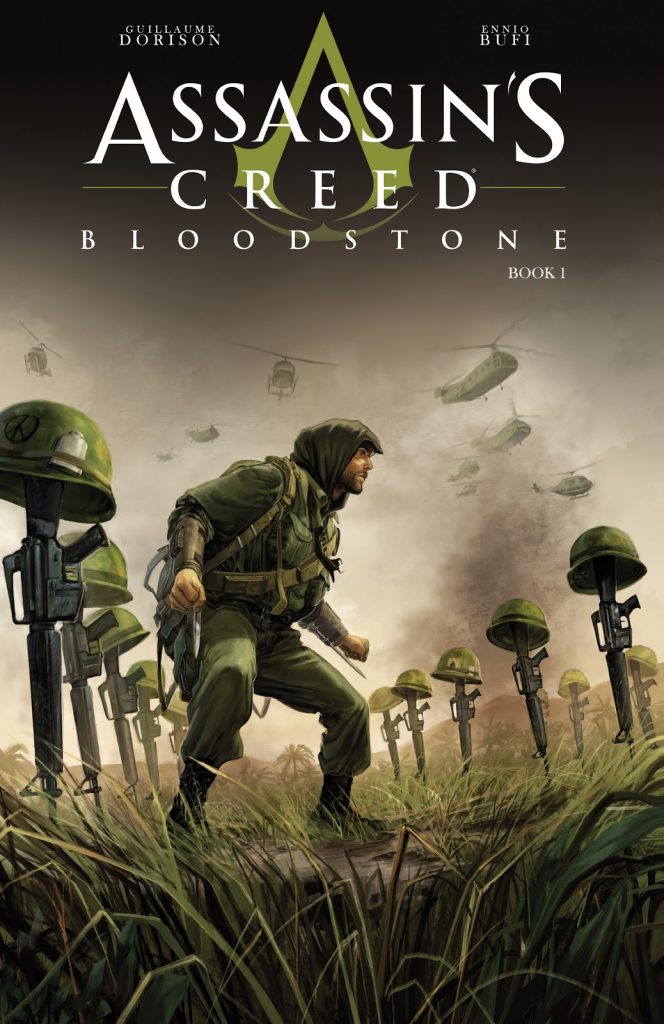 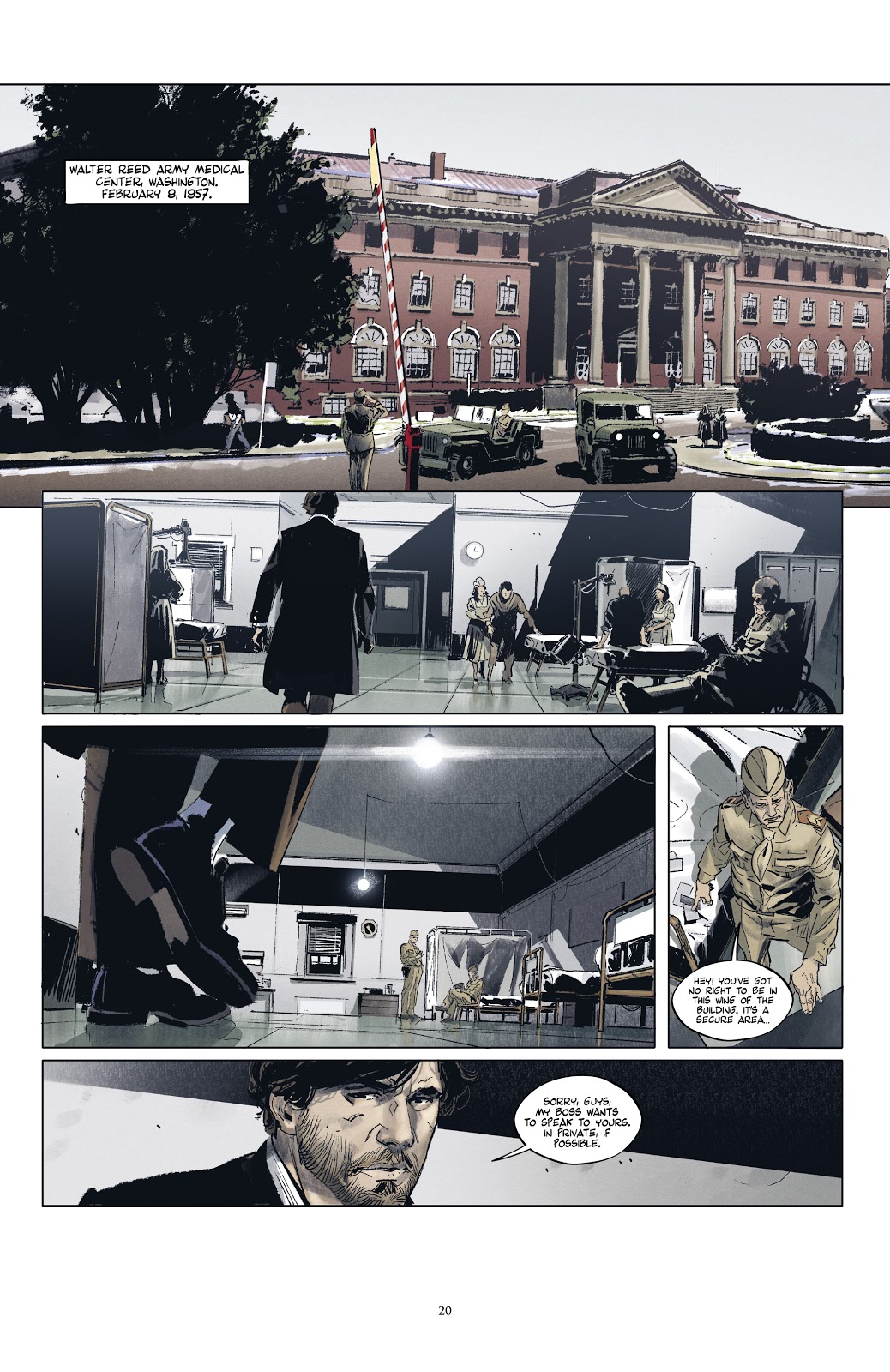 As Bloodstone opens the Assassins are concerned that many of their bases have been compromised, and that proves horrifically true for a Japanese base. Seeing his mother murdered when an infant induces a festering hatred of Templars in Tomo Sakagawa, and by his early twenties he’s an extremely capable online tracker, but doesn’t have an Assassin’s combat skills. It makes his solo mission to infiltrate a Swiss clinic run by Templars seem extremely impetuous.

Guillaume Dorison also wrote Assassin’s Creed: Conspiracies, yet at first there appears no connection beyond the basic ongoing war between Assassins and Templars. Dorison makes references to the continuity of the Assassin’s Creed games, but this isn’t overwhelming, and is easily understood for those wanting an action thriller without a full explanation of the game’s background. Dorison’s skilled when it comes to wrapping possible truths or possible lies within mysteries, and has readers thoroughly hooked before he even begins the Assassin’s Creed template of someone inhabiting the body of an ancestor. He actually uses that relatively sparingly over this opening volume, breaking with the Assassin’s Creed graphic novel tradition of the past dominating, bookended by the present. When the past arrives it’s first in the form of the Vietnam War during the early 1960s, but that’s only the starting point for an ideological clash between various Assassin cells, which weaves past and present together.

Because Bloodstone is a very complex story, Ennio Bufi’s art has to be very nuanced, and he’s almost the complete all-rounder. He sets scenes well, is fullsome with detail, loves drawing the technology and makes sure some long conversations look interesting. His one weakness is distinguishing people. Too many of the cast have the same basic features. You’d not know Tomo was half-Japanese if the script didn’t emphasise it, and too often it’s possible to mistake another member of the cast for him.

Events continue to twist about appealingly, and by this volume’s end Tomo believes he’s discovered the truth about the Swiss clinic and the woman who runs it. Has he? Also before the end we learn there is a connection with Conspiracies, very cleverly worked in, as we see a scene from it through different eyes. It’s been a fine ride, and sets up Bloodstone Book 2 efficiently. A complete edition combines them both and provides a smoother read. 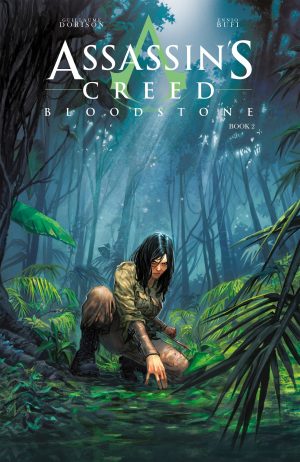