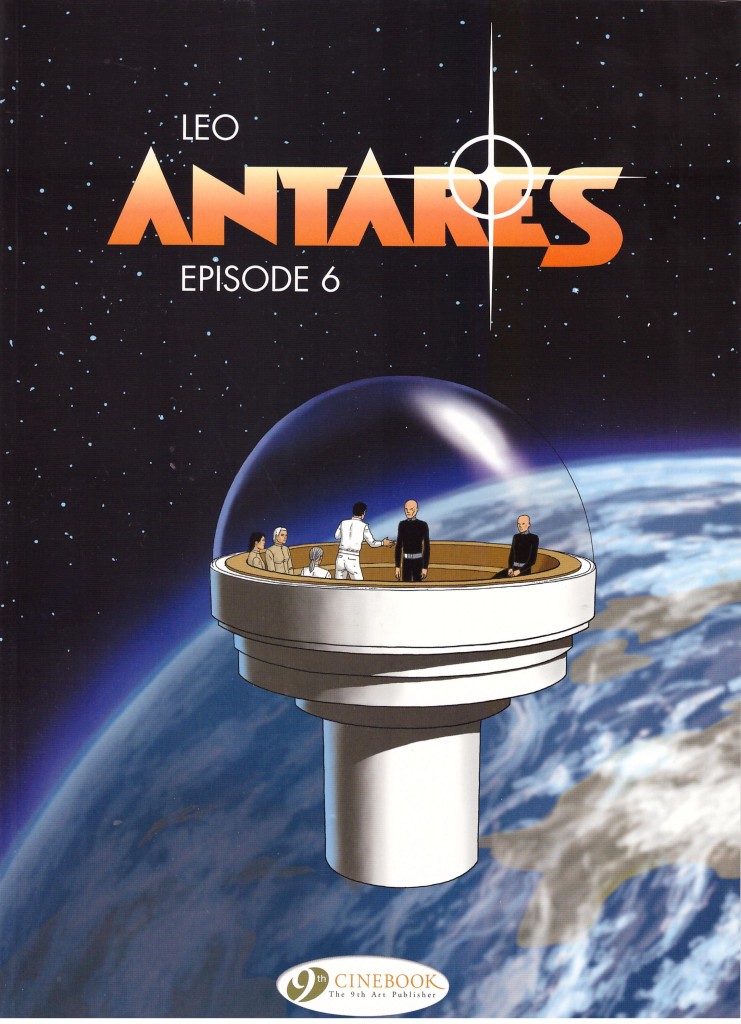 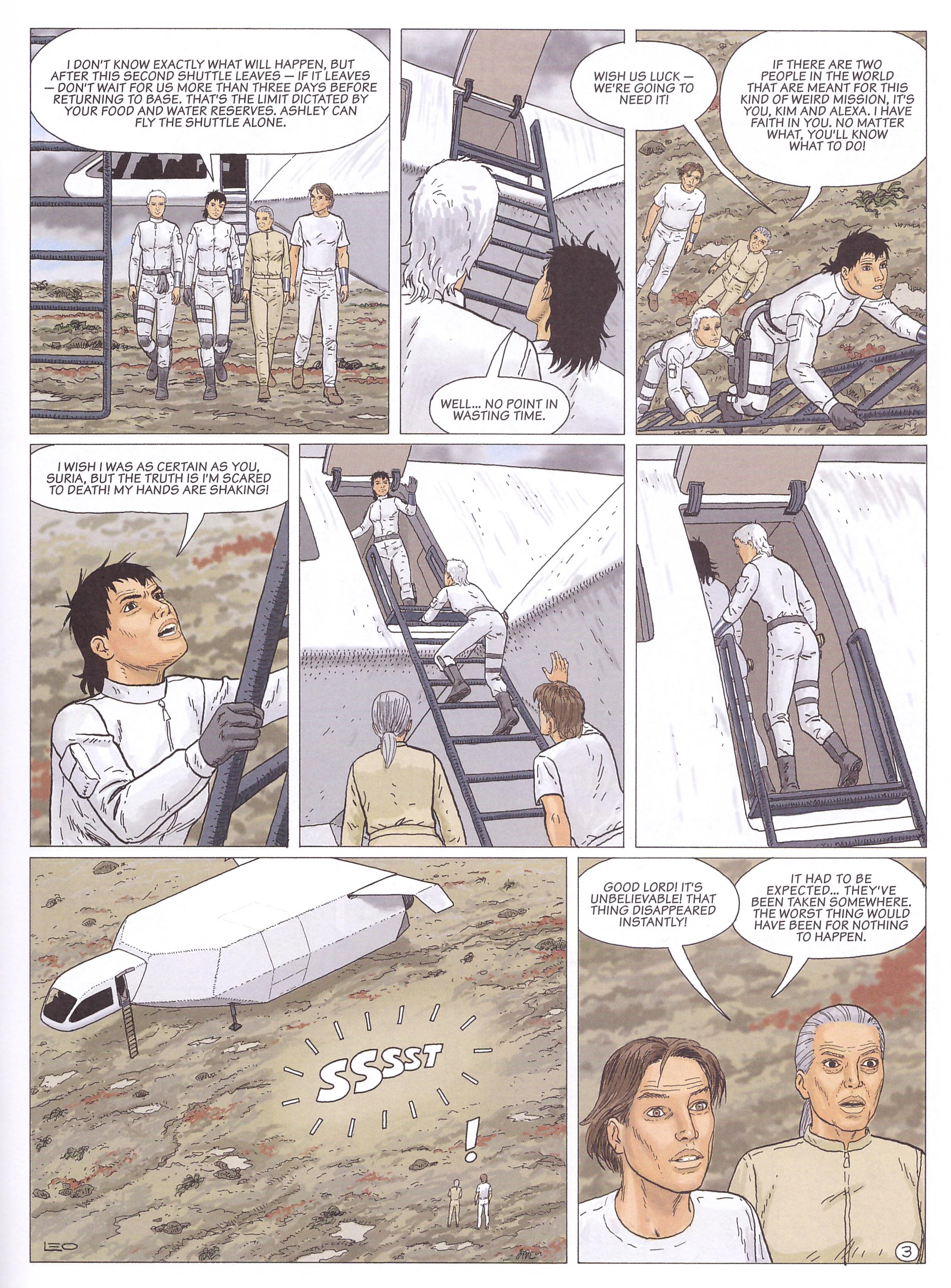 Kim Keller is one of the few humans who’s communicated with intelligent alien beings. In fact she’s gone well beyond basic communication in the past, and, indirectly, that’s why she finds herself among a small party on another planet about to step into the unknown again. For those who’ve not followed her adventures through the Aldebaran and Betelgeuse series, a four page summary opens this book, which is strange placement. It might have been more useful opening Episode 1.

Five previous books have led to Episode 6, and it’s a letdown. Cinebook’s back cover blurb stresses the humanist elements of Antares, and those alternately fascinate and contribute to a weaker story. Creator Leo acknowledges a capacity for change, that people can admit they made mistakes, apologise and move on. It’s at the centre of this book, as is the idea that some matters are unknowable. Both are true to Leo’s philosophy, and to the characters he’s used (by and large), but resolving his six chapter story around those concepts leads to dull and disappointing reading. Hearing “I underestimated you Miss, you truly are an extraordinary person. I should have given you a position commensurate with your skills” may represent an advancement beyond many humans, but it’s a narrative letdown.

Leo’s a good storyteller with an emotionally intuitive artistic style, but the lack of both action and strange creatures leaves the book without visual sparkle as Leo disciplines himself to deliver the necessary explanations. Perhaps realising how little beyond talking heads there was, a flood provides some spectacle to counterpoint them, but it’s half-hearted, minimal, quickly resolved, and ultimately pointless.

Should all adventure end with action, or will a readership accept a more cerebral, and possibly true to life, diplomatic climax and the explanation of some events being inexplicable? The final quarter of the book features humanity’s first official contact with an alien race, an opening of negotiations and relations, yet it has all the warmth and excitement of reading the instructions for putting a flatpacked cupboard together. Leo intends to follow Kim into Retun to Aldebaran, and Episode 6 sets the parameters for that, but people who’ve bought five books to reach this will either be easily satisfied or feel entitled to something more. One mystery running through the series is shrugged off with the revelation that it’s a form of science so far beyond explanation as to be unknowable. It comes across as lazy writing.

While producing Antares Leo was simultaneously working on The Survivors, set a hundred years previously and returning to the exotica of Aldebaran.