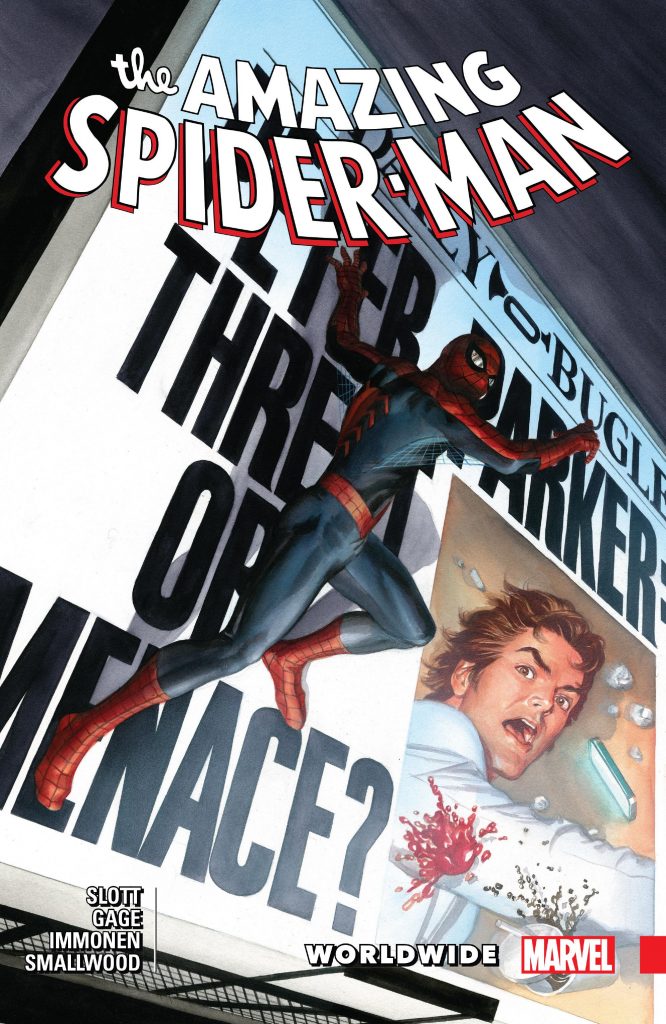 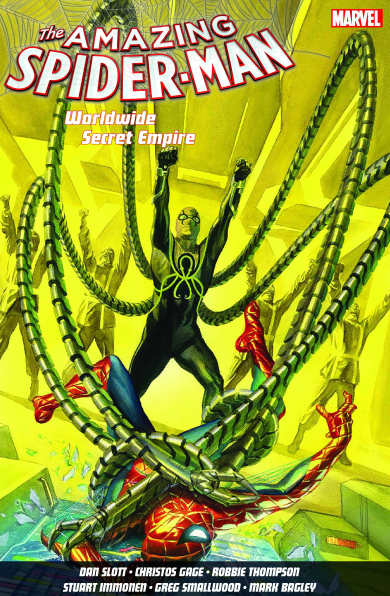 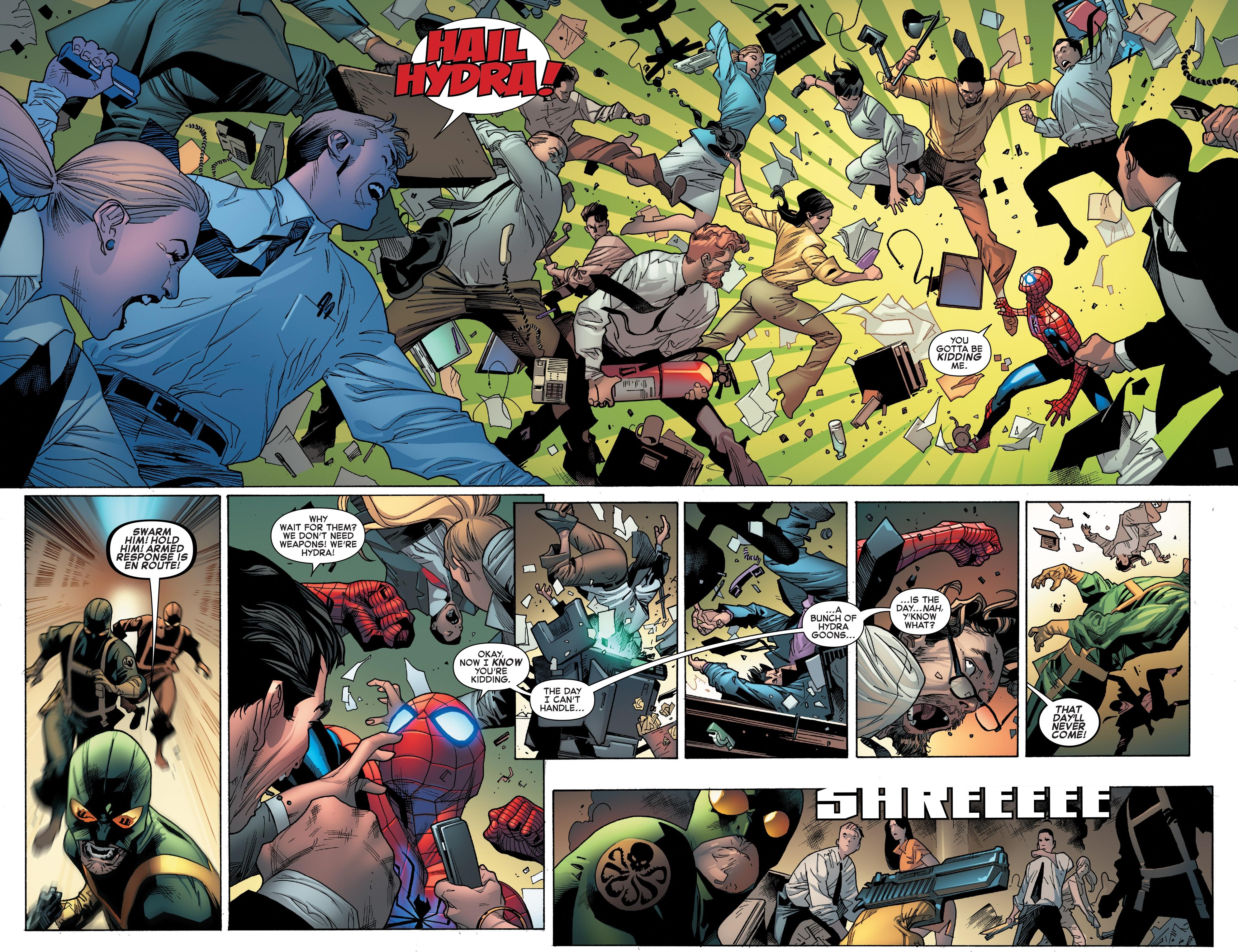 The Worldwide series has featured Peter Parker as CEO of Parker Industries, his technology sold globally and with offices in numerous countries. This was actually set-up by Otto Octavius (or, more precisely, writer Dan Slott) during Superior Spider-Man and while Peter’s stepped in and kept the company active, it’s a secondary concern to doing good, which is having an effect as his decisions are tainting the company brand. It’ll only take a small nudge before the company tumbles, and… hang on! Isn’t that Doctor Octopus in charge of Hydra? Ooops.

Doc Ock wants Parker Industries, considering he has a proprietorial role, and while the chaos of events during Secret Empire is occupying most of the world, he’s decided the time is ripe to make his move. What happens next impacts on the second half of the book, which is entirely different in tone, but equally successful creatively, perhaps harkening back to an earlier version of Peter Parker. Splitting the two halves is a focus on Norman Osborn, a piece of scripting brilliance with Slott’s neat trick of pulling the wool over our eyes, ensuring we can’t quite believe what we’re reading. It’s simple and effective, and Greg Smallwood’s more precise style contrasting Stuart Immonen’s meticulous superheroic action works for what the story is.

We’re now nearing the end of Dan Slott’s long and extremely impressive run controlling Spider-Man’s destiny, and an unwritten rule of creators working on company properties is that everything is dismantled and put back in the box before the new creative team picks up. After so long writing the character, however, there’s a lot of unpicking required, and this book does so in what seems to be an entirely organic fashion. The one anomaly is Peter Parker’s new girlfriend, which seems a random decision just be different. Of course, Slott has surprised us before so many times, but the way this plays out in the next volume is deflating. Christos Gage is credited as co-writer, and he’s teamed smoothly with Slott on many previous occasions. The best compliment to be paid is that you’d not know he was here if it weren’t for the credits. Whether Gage would see it that way is perhaps another matter.

From here Spider-Man’s continuity heads into Venom Inc before the events of Threat Level Red.