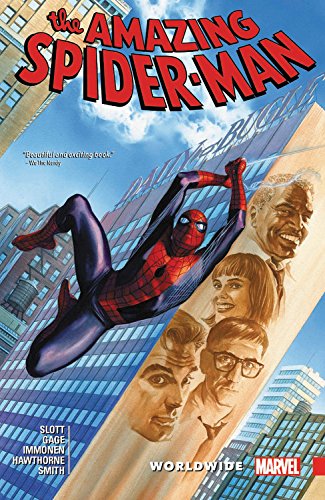 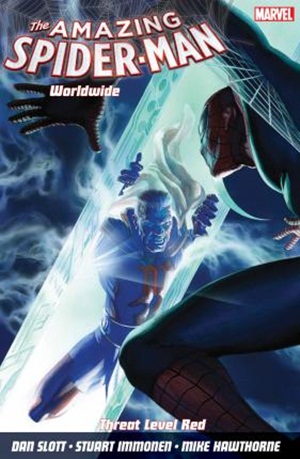 This is a solid collection of four stories, each with a different mood, but sometimes sentimentality intrudes too far. To say where would be adding a spoiler.

When he first started writing Spider-Man something that Dan Slott honed in on as a way into some stories is that throughout his career, no matter what he did, the public somehow despised Spider-Man and Peter Parker’s luck was forever poor. It’s proved a useful device, not least with the Worldwide run of stories where he reversed it, and Slott’s working with the bad luck again here, most obviously in the largely comedy story with Loki, but via some nice small touches throughout. Also nice is the way he twists and turns around Spider-Man’s now massive supporting cast. At least four former girlfriends of Peter Parker feature somewhere along the way, including Mockingbird, which seemed a pointless relationship to begin with, and is now casually ended.

As well as the comedy of Loki owing Spider-Man a favour, there’s the follow-up on the Zodiac Key story from volume five, a more ordinary battle at Alchemax Industries, and a mystery story prompted by Betty Brant receiving a phone call from her supposedly dead husband. Peter knows exactly why and how (see The Clone Conspiracy) but can’t say anything about it. Unfortunately, while the mystery is good, the revelation isn’t that great, requiring a lot more people that it should and failing the logic test when given any thought. It’s nicely drawn by Cory Smith (sample art right), who has a naturalistic style, a nice sense of ornamentation, and no feat of filling backgrounds. In order to ensure he can produce the entirety of Slott’s Spider-Man sign off in volume nine, Stuart Immonen (sample art left) only draws the first chapter here, with Mike Hawthorne illustrating two episodes. His figures are a little stiff in places, and he draws Spider-Man’s mask with smaller and narrower eyes than most artists, which isn’t ideal.

If Slott’s are the only Spider-Man graphic novels you read, you’ll be surprised to learn J. Jonah Jameson now knows Peter Parker is Spider-Man, which occurred in Spectacular Spider-Man: Twilight, but Slott makes good use of the awkward nature of that disclosure for comedy moments. Much of this book is setting up Slott’s finale, which looks to be a slam-bang beat-em-up with the Green Goblin in Red Goblin. Yes, we’ve seen that before, but by the end of this book you’ll know why it’s going to be different. 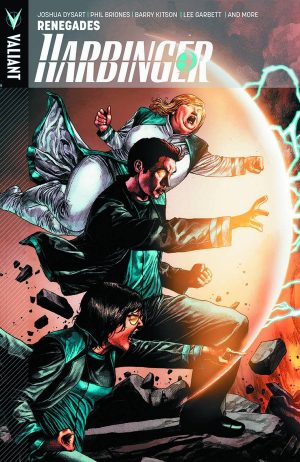