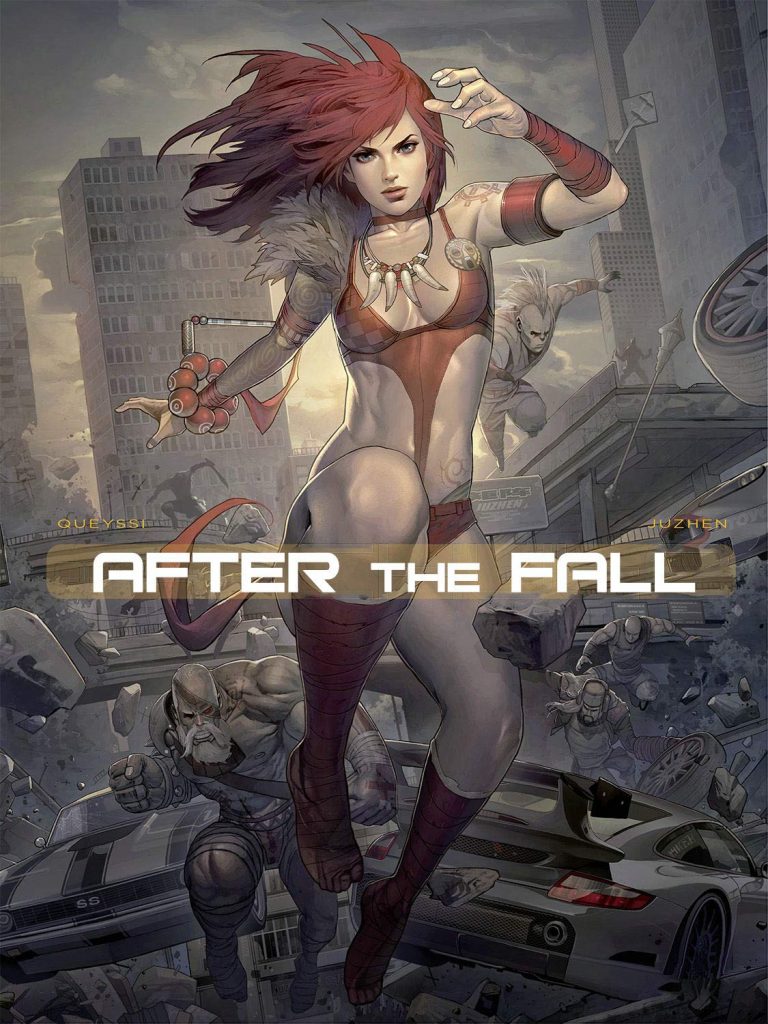 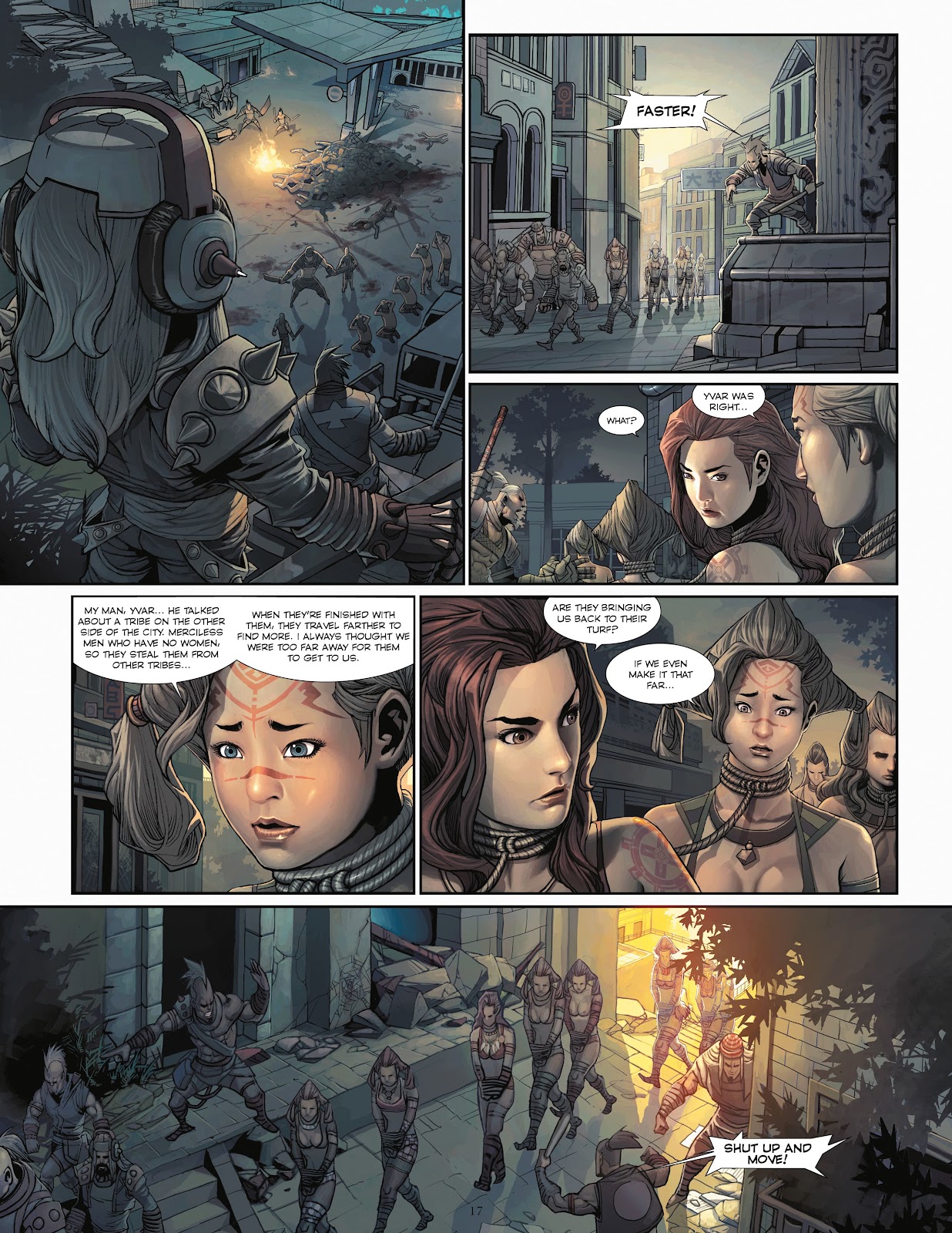 After the Fall is a post-apocalyptic coming of age story for Giala, first seen unwilling to commit to the guy from her community who loves her, despite being attracted to him. Laurent Queyssi and artist Juzhen build an interesting world where the buildings from modern 21st century cities have survived relatively intact almost a century after an unspecified disaster that’s greatly reduced humanity. Known wildlife still exists, but now also in giant varieties, and Giala’s relatively comfortable life comes to an abrupt end when her community is attacked by slavers.

A randomness is applied to the plot, allowing for Giala to meander from one danger to the next, although a bigger picture is gradually disclosed. The distractions initially work on the basis that an explanation may well be forthcoming.

Chinese artist Juzhen works digitally, but not always very convincingly. Considerable effort has been put into designing the environments, and into ensuring the backgrounds have a depth, while whenever a giant creature appears it looks fantastic. There’s a superficial attractiveness about the fantasy people, but also a plastic quality and a stiffness to the poses, while the community that Gaila arrives at seems to consist of every mismatched design from Juzhen’s sketchpad. He’s also prone to a few scenes of exploitative gore raised well beyond a need to shock over the opening sequence.

There’s a wild swerve occupying the final chapter’s first half, as a clumsy seventeen page information dump reveals how the world changed, and who was responsible. It’s led to a schism, with only two people aware of the truth, after which there’s another brief journey, an echo of a previous fight, one last revelation and After the Fall judders to a halt.

It’s largely unsatisfying, with plot holes a blue whale could swim through. One is why a prominent character is a slaver. There’s no good reason other than they have to be introduced somehow, and Gaila has to be separated from her community. That character’s actual purpose is entirely different and more thought applied to the plot would have introduced them more smoothly. Gaze in awe at some of the art, but don’t expect much sense. 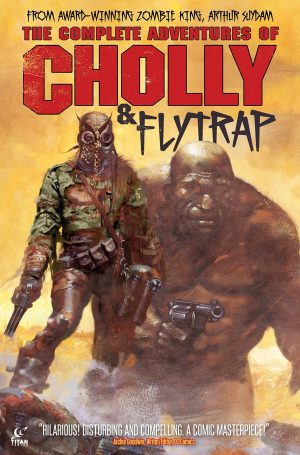