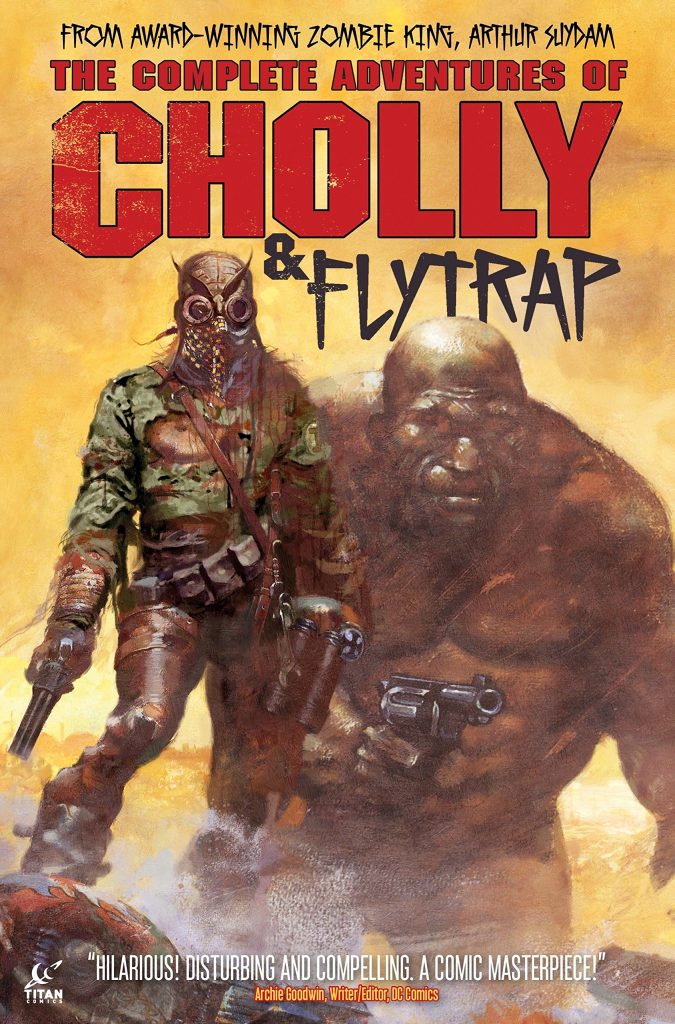 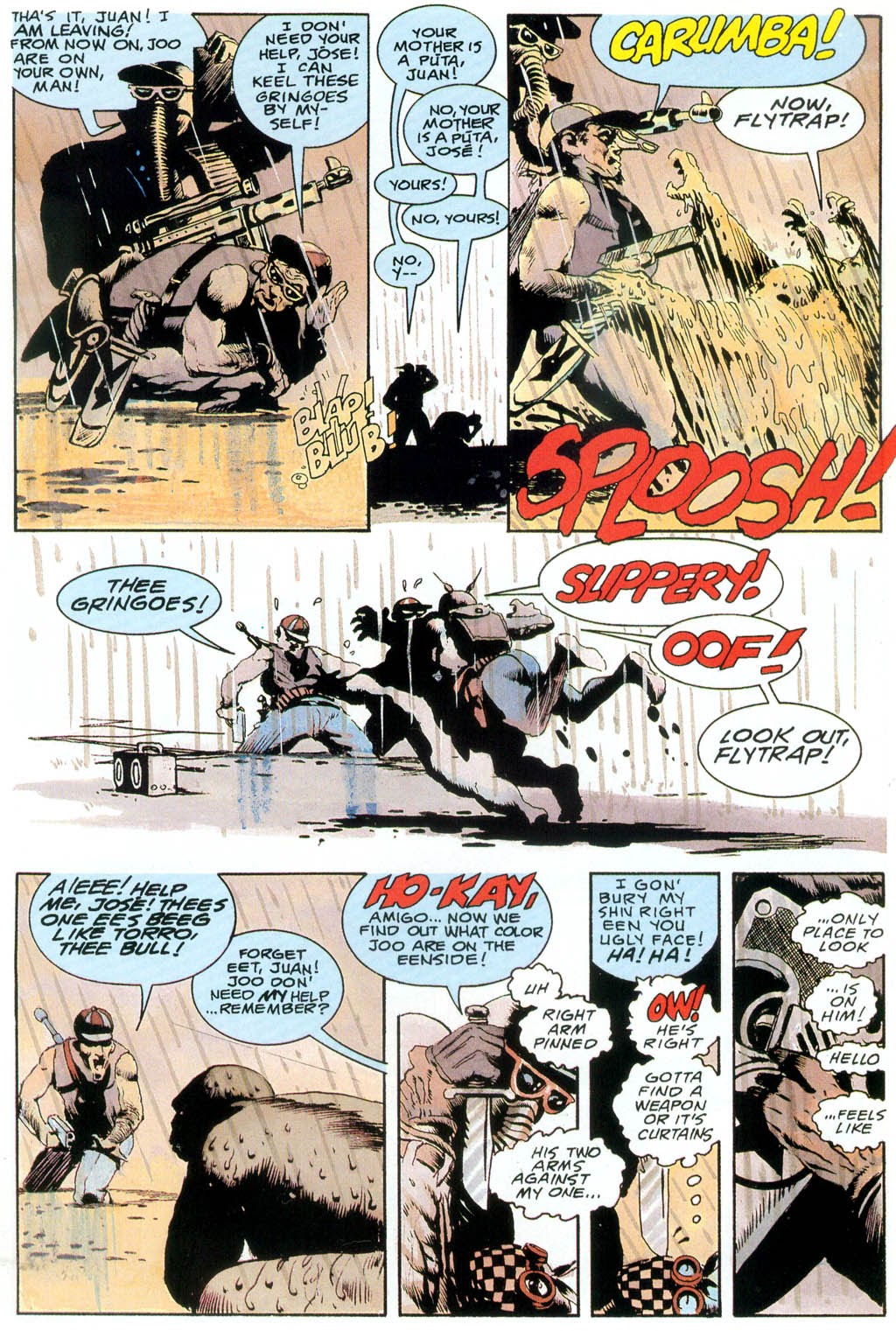 Arthur Suydam comes from an impressive American dynasty of acclaimed artists harking back to the birth of the nation, but whereas they excelled in gallery painting and architecture, their polymath descendant has divided his time, talents and energies between sequential art and music.

Unless you’ve seen him playing with Bruce Springsteen, Suydam is probably best known as a creator of stunning Zombie art. However, his other signature graphic enterprise has been the perilously peripatetic and gorily satirical burlesques of an inseparable duo of legendarily post-apocalyptic weirdoes dubbed Cholly & Flytrap.

Lavishly grotesque, wickedly wry and surreptitiously subversive, Cholly & Flytrap is a bold blend of dryly witty pastiches combining elements of Moebius’ Arzach, the sci-fi tinged cultural iconoclasm of Vaughn Bode and a surreal anti-war temperament. It imbues the constant and blackly comic ultra-violence with a hauntingly tragic and educative undertone.

Long ago the space-barge Exodus II crashed on an uncharted world. After untold ages the survivors have bred but never prospered, locked in the constant struggle for survival. It’s not that the planet is particularly inhospitable, it’s just that the denizens – indigenous and not – adore war-making and love killing. Enter a bat-riding, goggles-wearing avatar of conflict whose companion is a colossal, dauntingly naked, bald fat Chinese man.

This yarn is neatly stitched together with a later tale originally entitled ‘A Little Love, a Little Hate!’; a frenetic chase/duel between a foul-mouthed, flying-jacketed war-hawk and his slug-like arch-enemy, which shows Cholly’s streetwise cunning in spectacular, over-the-top, take-no-prisoners fashion. It segues neatly into an extended saga ‘The Rites of Spring’ where Suydam expands his cast and extemporizes on the concept of mortals as organic war machines. With Cholly and faithful, mute Flytrap stubbornly holding back a veritable horde of slug-troopers and colossal war-wagons, this is a smart and lusciously graphic feast of visual violence and sassy back-chat.

‘Flightus Interuptus’ is an airborne tussle wherein the high-flying Cholly, sans his humanoid steed, harasses a massive mammary zeppelin-bomber in nothing more than a primitive tri-plane pulled and supported by a brace of the planet’s autonomous, levitating anti-gravity breasts. No, that’s not a misprint. ‘The End’ sees the unseated aviator tooling around the sky with a pair of those flying hooters strapped to his appreciative feet until he encounters a monolithic monster having a furious argument with his own outrageously outspoken boy-bits. Passions aroused and tempers flaring, Cholly is witness to a conflict resolution you simply don’t see every day.

‘The Adventures of Cholly and Flytrap Part II’ commence with their explorations of the scarily Eden-like valley and its buxom, welcoming inhabitants. It’s almost a relief when the Devil pops up to deal with them.

The remainder of the comics extravaganza is dedicated to a vast and sprawling pseudo-noir pastiche entitled ‘Center City’, set in a brooding metropolis indistinguishable from 1930 New York or Chicago… except for the aliens, robots, mutants and monsters. Cholly & Flytrap don’t care, they’re only in town long enough to scrape up some ammunition and get drunk, but when The Champ and his minders invade the dive they are patronising, things go south pretty quick. Center City soon becomes a Shakespearian nightmare as gangster Luvitz begins a paranoia-fuelled campaign of terror, killing or alienating everyone around him. Smart, devious and utterly compelling, this is a splendidly hilarious, wickedly gratuitous OTT tale to make Wagner or Brecht sit up and take notes.

This is a sumptuous, exuberant and entrancingly daft slab of eye-candy that will astound and delight all canny fantasists. 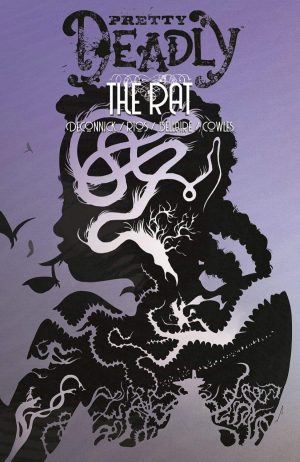