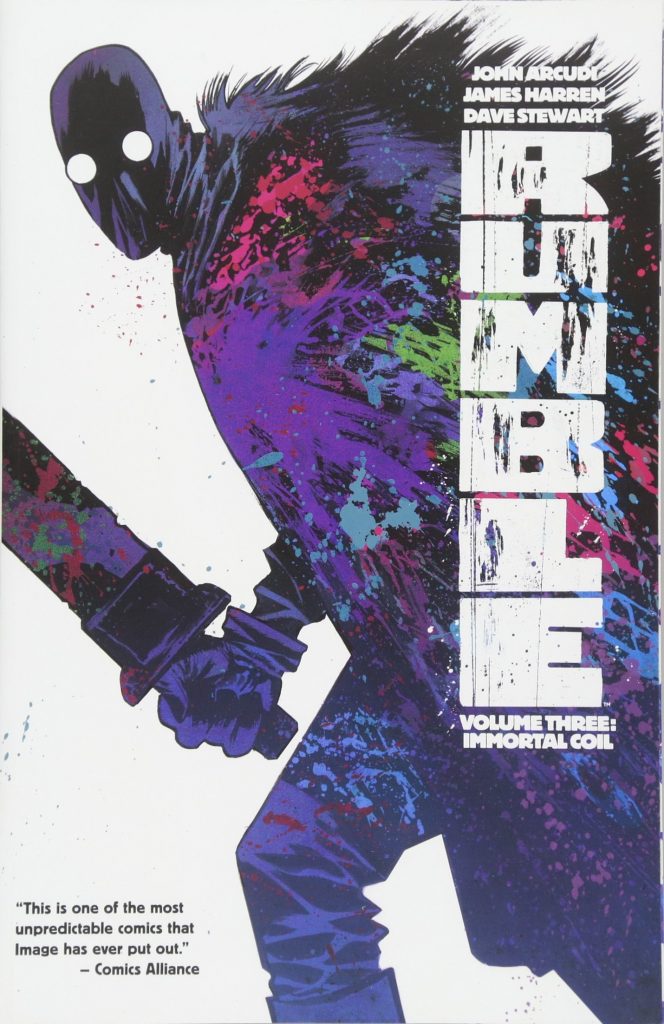 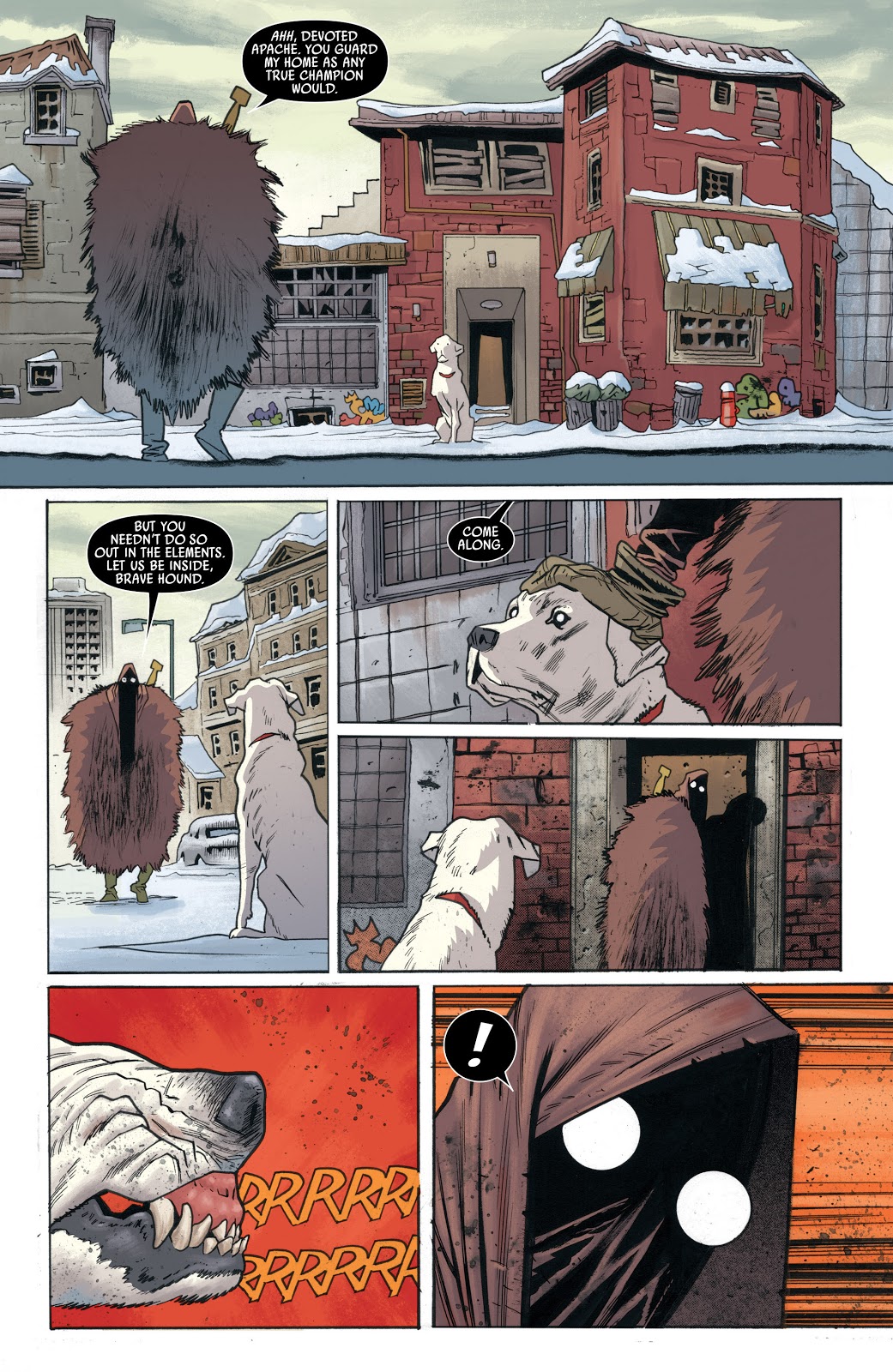 Rumble began as a simple story of part-time bartender Bobby meeting a shambling scarecrow with a giant sword. They meet and they fight demons. The story expanded considerably during the course of A Woe That is Madness, where we learned that Rathraq is an ancient god trapped in his inadequate body, but needs his heart to restore himself. That’s hanging around the neck of his enemy Queen Xotlaha. If his idiot buddy Del weren’t enough stress in his life, Bobby also regularly visits the hospital to talk to his comatose mother, but now she’s woken up after three years.

In the opening chapter both Bobby and Rathraq face major problems where the usual solution of violence and lots of it isn’t an option, John Arcudi setting a greater emotional drama than at any point to date. However, the joy of Rumble is how Arcudi keeps switching the mood, and we’re also treated to some great comedy, and some awesome battling.

For a series that began in a bar, the locations have taken a massive spread. More so than in the previous books James Harren has to draw the ancient past, a time before humanity when demons and gods held sway, and he’s well up to the task of designing unsettling, powerful creatures in their own element. These are other forms of characters we see in the present day, now limited by absurdities alongside Rathraq in his scarecrow body, and add everything up and it equates to mayhem, mayhem that Harren illustrates perfectly. And just when you believe he can’t do it any better, you’ll reach the final chapter in which everything busts loose.

Arcudi has now introduced a broad cast to Rumble, and in Immortal Coil we learn something surprising about pretty well all of them apart from Bobby, who remains the everyman human anchor. These surprises vary from the truly jaw-dropping to those to be greeted with a knowing nod by those who like to pretend they know what’s going on. The chances are high that they don’t, but the journey has now become a lot of fun and continues in Soul Without Pity.