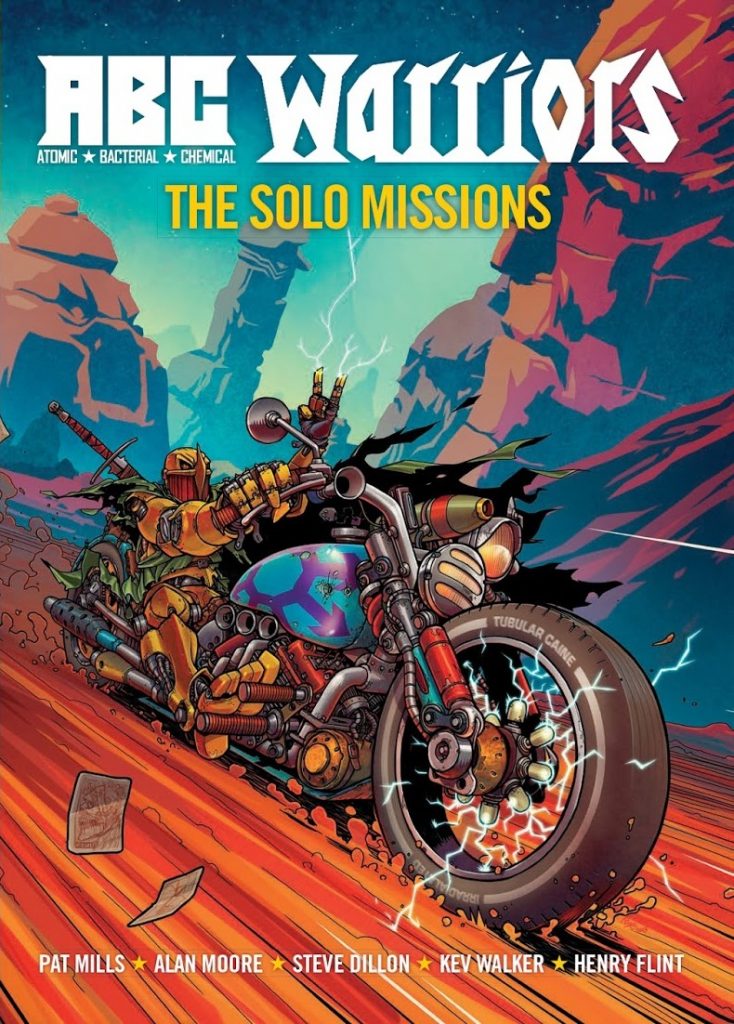 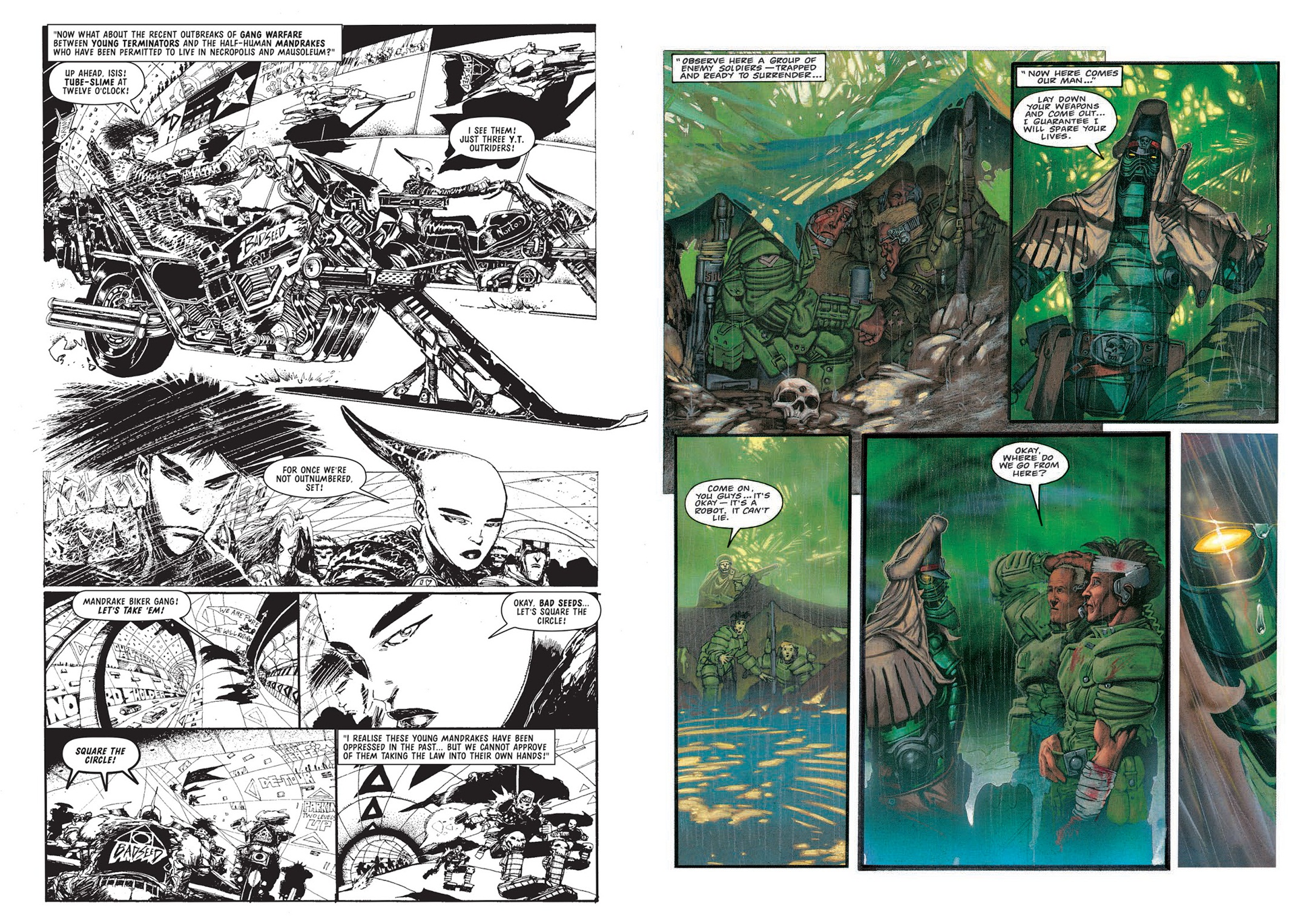 If you’re caught up in the depth Pat Mills has been adding to the ABC Warriors in the 21st century, you may not appreciate a return to the 1990s, which, as it ended up, wasn’t the team’s golden era. On the other hand, most of the content predates Mills’ 1990s disenchantment with the feature, so keep an open mind and there are enjoyable moments.

For starters, it’s long forgotten that Alan Moore and Steve Dillon collaborated on an ABC Warriors story in 1985, an interlude on Mars concerning relentless expansion and the consequences. It’s more cerebral than the usual fare, and as drawn, strangely serene and spiritual despite the violence. It’s a mere footnote for Moore, and Dillon’s not yet pared his art down to his signature style, but interesting nonetheless, with Hammerstein the focus.

The longest story concerns Deadlock, but very heavily tied to the continuity of Nemesis the Warlock, the feature in which the ABC Warriors were reintroduced during the 1990s. At the point the story occurs, both Nemesis and Torquemada are presumed dead, but someone has taken Nemesis’ place as scourge to the authorities. Everything is imaginatively drawn by Henry Flint (sample art left), at different stages drawing on 2000AD greats Carlos Ezquerra, Kevin O’Neill and Mike McMahon as inspirations to create some memorable images. The script is a typical creatively dense Mills effort for the period, where one great idea after another is just used as colour or throwaways, such as face eating fruit. It may be lost reading the strip in isolation here, but in terms of Nemesis it’s clever, with Mills having spent the entire saga engaging sympathies for the anarchist fighting control, yet now suggesting some elements of control are politically expedient. Initially Deadlock is just a spur for events, but he develops into a mystical warrior as Mills revises his character from the comedy of Khronicles of Khaos.

Mills brings the same imagination and dark humour to the story of Blackblood’s creation, explaining an immoral and cruel robot personality very tidily. Kev Walker, then drawing the main ABC Warriors strip, produces his usual engaging painted art (sample spread right). The artistic let down is Tom Carney on the Joe Pineapples solo. There’s an energy, but not enough discipline or stylistic coherence to excuse the lack of basic technique. Mills crafts a typically bleak story.

Only the Blackblood contribution is really essential to explaining the Warriors, and it’s the best in the collection. None of the remainder fails to entertain, but it lives up to the title, and proves the ABC Warriors are better as a team than individuals. 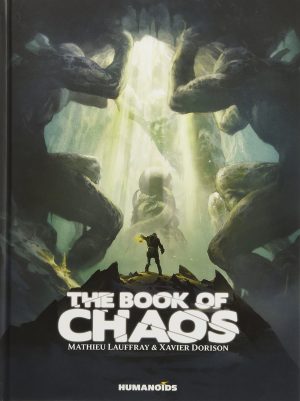 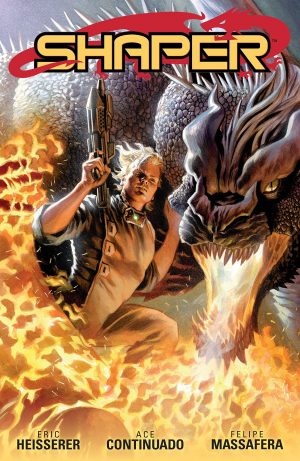