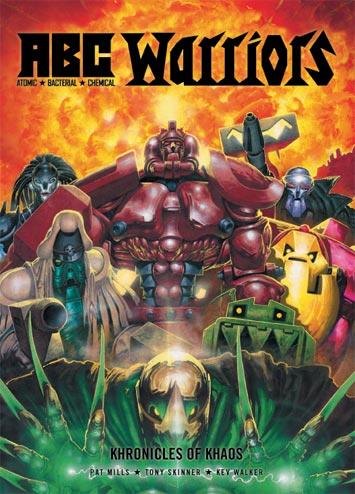 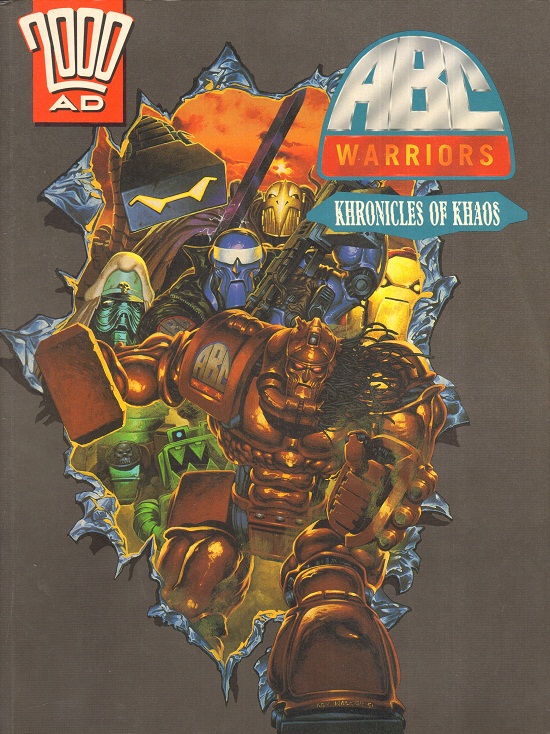 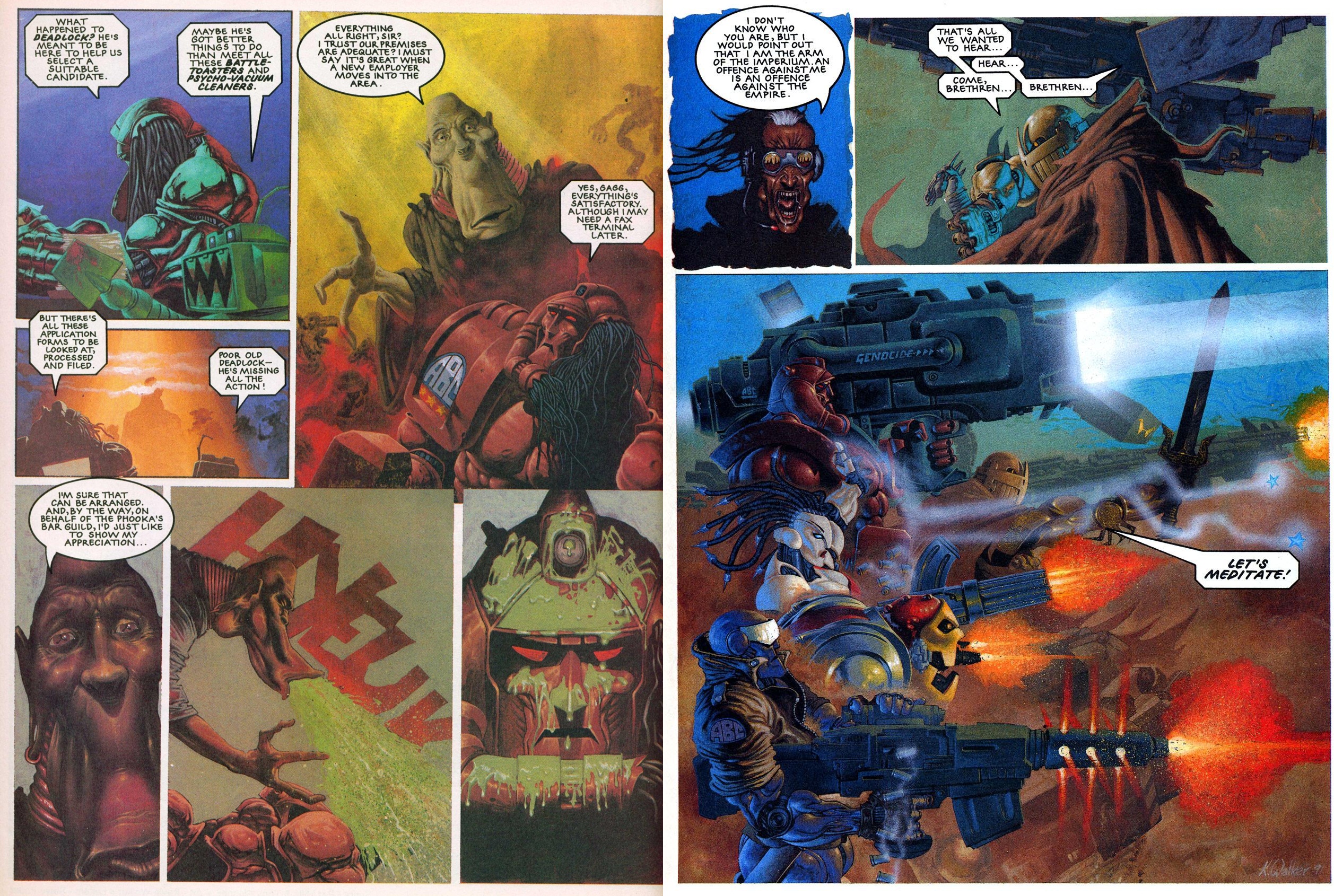 A residual fondness for some old characters led Pat Mills to incorporate them into his Nemesis stories, then to spin them back out into their own series, collected as The Black Hole. That was an awkward mix, partly because the contrasting approaches of two artists clashed, and partly because Mills locked the characters into a plot with too many ties to Nemesis. Khronicles of Khaos rectifies both problems.

Mystical robot Deadlock narrates the entire story in hindsight, his primary mission to promote Khaos, for him a form of unreason and anarchy, and that opens the door for Mills and co-writer Tony Skinner to explain away acts random and obscure. Their first duty, however, is to bump the ABC Warriors’ membership back up to seven, after which seven sacrifices have to be made, Mills and Skinner selecting the targets from the scourges of society as they see them.

New artist Kevin Walker takes to the series with relish, using a very distinctive colour scheme to paint the pages, and coming up with one phenomenal design after another, not just for new characters, but also for the regular cast, who are modified into more dynamic figures. As seen by the sample art, taking his lead from Simon Bisley, Walker also ramped up the hardware, instituting a more defined version of excess, then making those guns even bigger.

The Black Hole had been somewhat po-faced, but Khronicles of Khaos restores the humorous undercurrent of the original ABC Warriors incarnation, from the correspondence between Deadlock and a troublesome student, to Mills and Skinner gleefully eviscerating pillars of the establishment. One of them certainly had a grudge to take out on tax inspectors. Lowbrow humour had always been a feature of 2000AD strips, and the writers funnel that in with relish. Deadlock’s otherwise pompously camp captions are enlivened with bodily function jokes, there’s the introduction of a society that vomits in appreciation, and hobbits get what for. Strangely, sewer droid Ro-Jaws, previously the repository for ribald intrusions, is reduced to the occasional chorus comment.

It transmits that all the creators enjoyed themselves producing this, and so it remains a lot of fun, and still capable of generating disapproving comments from more conservative readers. Khronicles of Khaos was combined with the following Hellbringer for Hamlyn’s 1997 graphic novel, before they were again separated for the 21st century publications, then reunited in ABC Warriors: Mek Files 02. 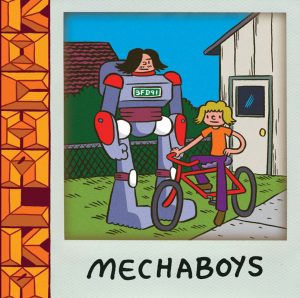