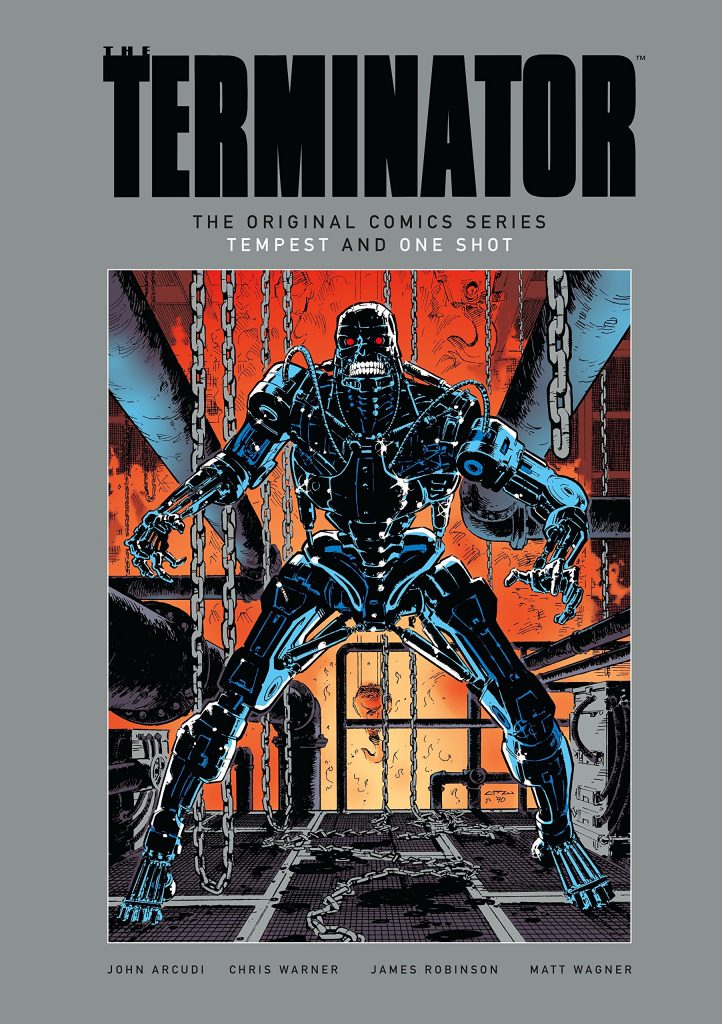 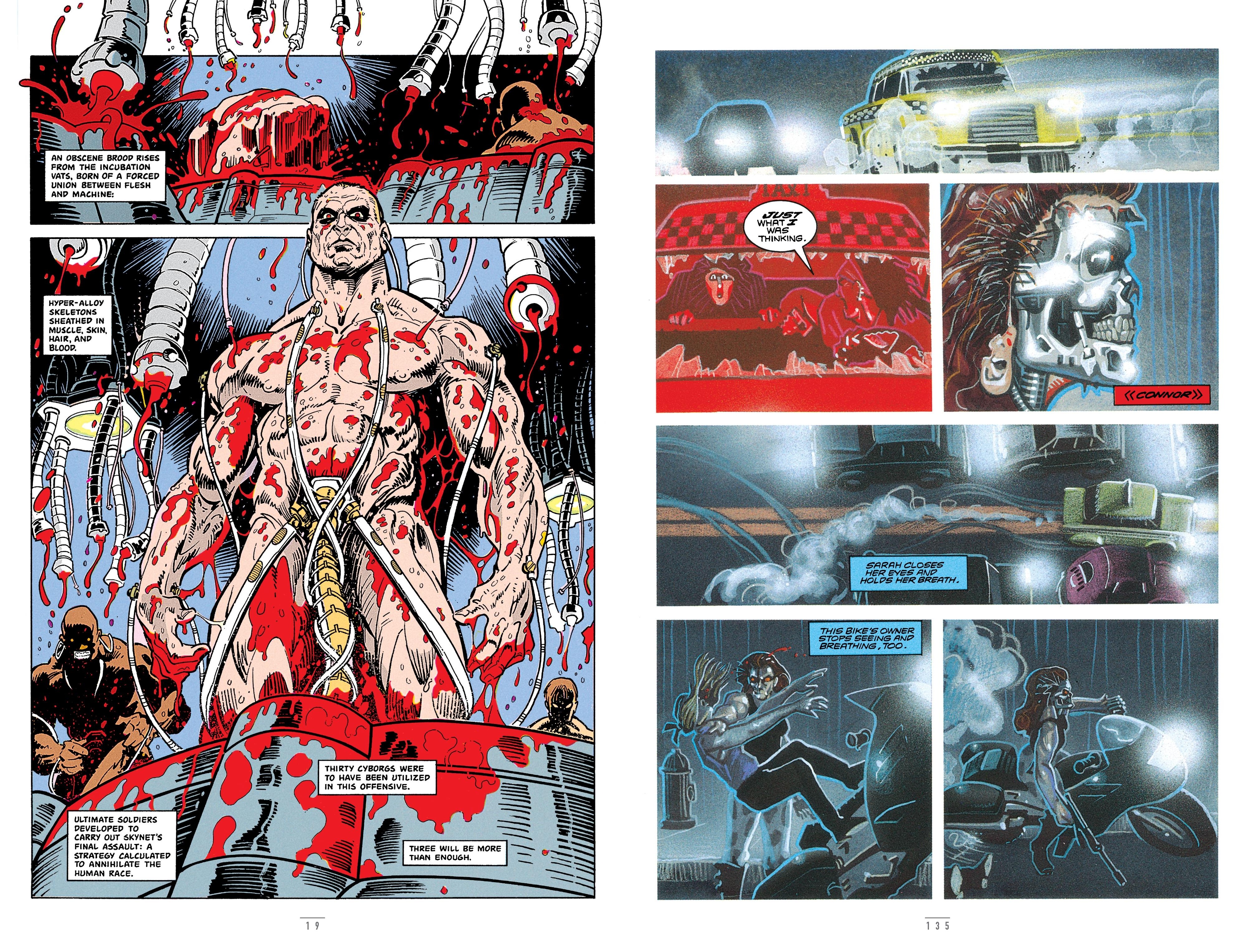 In his introduction John Arcudi recalls the motivating factor for his accepting the assignment to write the first Dark Horse Terminator story as the opportunity to work with Chris Warner, a friend he respected both as an artist and editor. He credits Warner with a lot of work that would otherwise not be public knowledge in improving his plot by shifting scenes and adding emphasis.

The pair of them certainly combined effectively to produce what’s a sequel to the original Terminator film, at the time of publication the only one made. It reworks the devices from the film, but expands on them. Opening in 2029, six troopers access Skynet’s time travel technology to return to 1990, hoping to kill Skynet’s developer and so avert their future. Several Terminators follow, the original brutal humanoid cyborgs rather than the morphing creatures later introduced. Arcudi and Warner keep the excitement going over a very cinematic script, and this edition improves the look considerably by toning down the vivid colours seen on previous reprints. The work of Chris Chalanor and Rachelle Menashe was fine for the original comics, but too bright for book publication on better quality paper.

The second Dark Horse Terminator outing has never been accorded an official title, still referred to as the one-shot, almost 25 years since publication. At fifty pages of a complete story it’s certainly a graphic novel by European standards, and James Robinson’s work has a greater density than the previous story. It concerns a second Terminator sent back to the past, the timescale running parallel to the mayhem the Arnold Schwarzenegger version was causing in Los Angeles. This female Terminator is attempting to kill the wrong Sarah Connor, an art gallery owner. Amoral and up to her neck in nefarious activity, she has little concern for anyone else, and a great instinct for self-preservation, which comes in very handy when a Terminator is devastating San Francisco on her trail. Robinson’s wild card is retired ex-soldier and policeman Ellis Ruggles, equally resourceful and with a good background.

Matt Wagner’s painted art on this second story is remarkable, very different from his usual style, and if anything slightly impressionistic as his characters are almost always in motion. Robinson also aims for a widescreen event, and plots the spectacle well, but the descriptive style he employs to tell the story slows it down in places. It also leads to crowded pages with multiple talking heads as Wagner cramps the dialogue in to compensate for the space elsewhere. It was early in Robinson’s career, and as such still reads well, climaxing with an almost biblical reckoning of the balance sheet.

Wagner’s colouring also benefits from being muted, but if the original, brighter version is preferable, it appears in the first Terminator Omnibus.