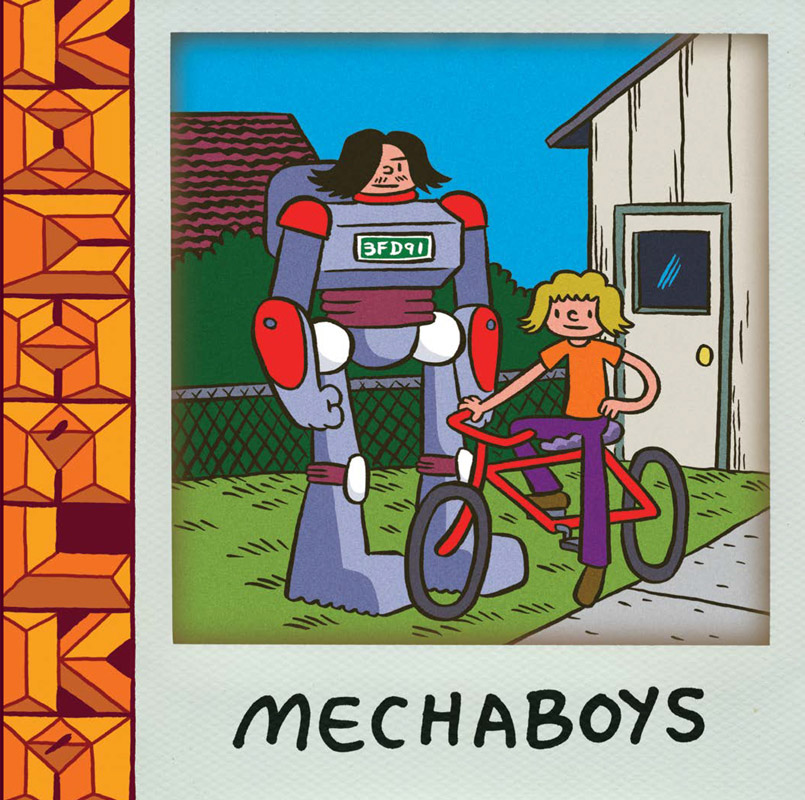 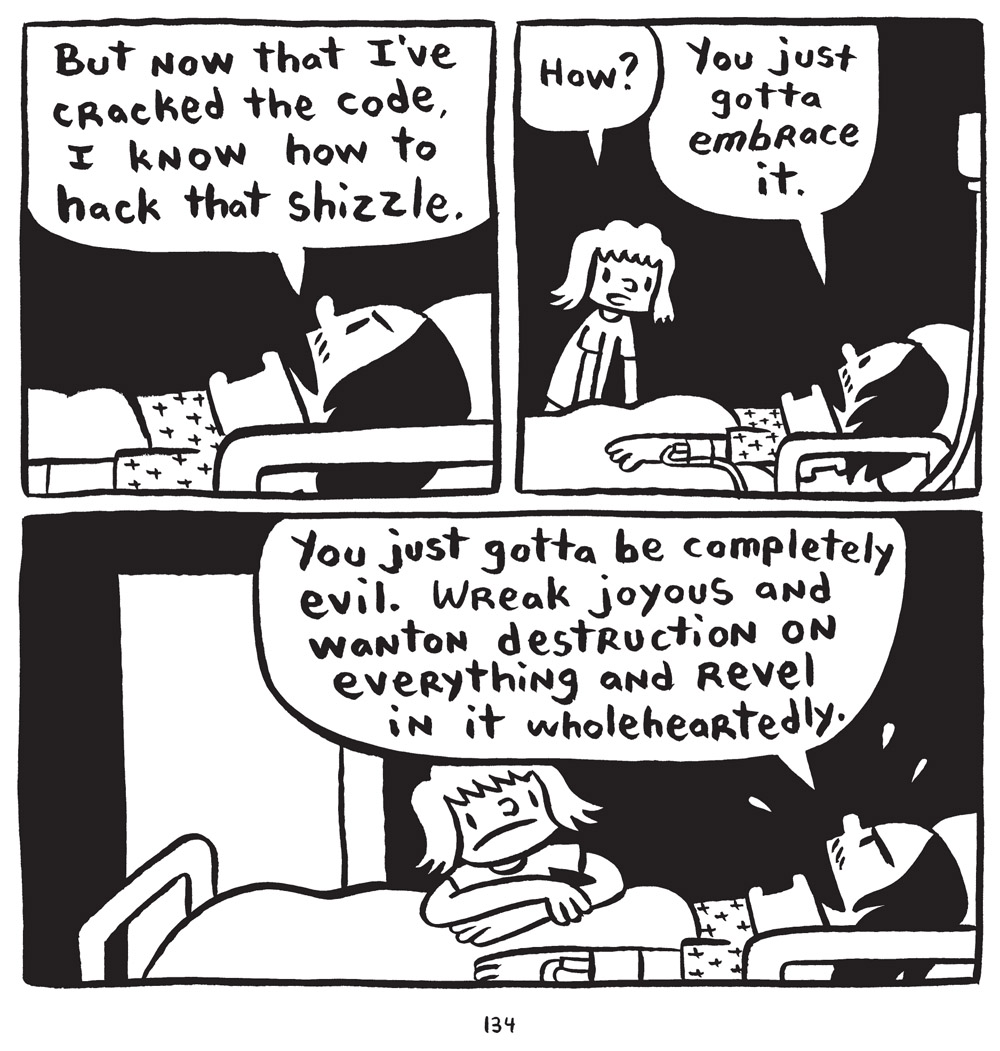 Mechaboys is an odd little book. It’s rated 16+, and contains some swearing, but other than that, it would make perfectly suitable reading for younger readers. One wonders why Jmaes Kochalka would limit the potential readership when a few well-paced skulls and stars, or even some asterisks, would have done the job just as well. And some of the stupid swears, like ‘Sugar F. Christmas’, are more amusing than any of the actual swearwords that appear only infrequently anyway.

The plot is, to put it bluntly, bonkers. Zachery (who insists on being called Zeus) and Jamie are a couple of kids just about to graduate high school who build their very own ‘mecha battle suit’ with which they intend to impress and/or destroy everyone who disses them. Or something. Their motivations are never entirely clear. There’s a disgraced (pervert) teacher who acts first as their saviour and then their nemesis in a dramatic scene at the prom when one of our mecha battle suit-wearing protagonists (Jamie, who’s now insisting on being called James, and is wearing his hair up in two big spikes like a pair of rabbit ears) fights the teacher while he, the teacher, wears another similar suit. And a dead bear’s head. Well, we said it was bonkers.

Back in the days of paper and ink, Kochalka would have spent a great deal of time inking large swathes of black, but one assumes that he makes full use of the digital technology available today. His style, which incorporates elements from, amongst others, Matt Groening and Charles Schulz, is very deliberately child-like. In fact, he’s famously vociferous on the subject of being ‘anti-craft’, making his pages as simple as possible. Considering his background in fine art, this seems to be a deliberate artistic stance, rather than any inability to draw. However, this doesn’t mean that he isn’t capable of producing many striking panels, with his talent for composition and clear storytelling obvious throughout the book. Though there’s a few scattered examples of panels that look a bit first draft, almost every panel or page could be framed and hung on a wall, or printed on a T-shirt, and some of the chapter heading pages are especially nice.

The publicity for this book likens it to Transformers meets Superbad. It certainly has the same plot structure as a Transformers movie (i.e., nonsense that briefly touches on many thought-provoking subjects, without ever exploring anything in any depth, and ending on a big fight), and a similar setting to the latter. Is there was any actual moral or message here? It might be that jocks and popular people aren’t always horrible, or it may have been nothing at all. The final scene especially, an insanely happy brawl that involves the entire cast, leaves one with the feeling that it’s all just meant to be a bit silly and fun. Something it succeeds at admirably. 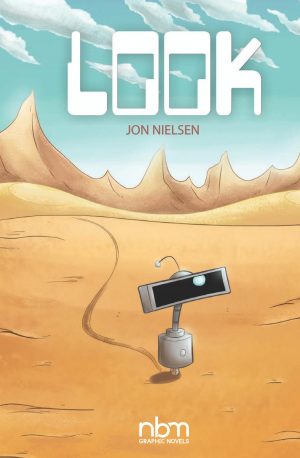