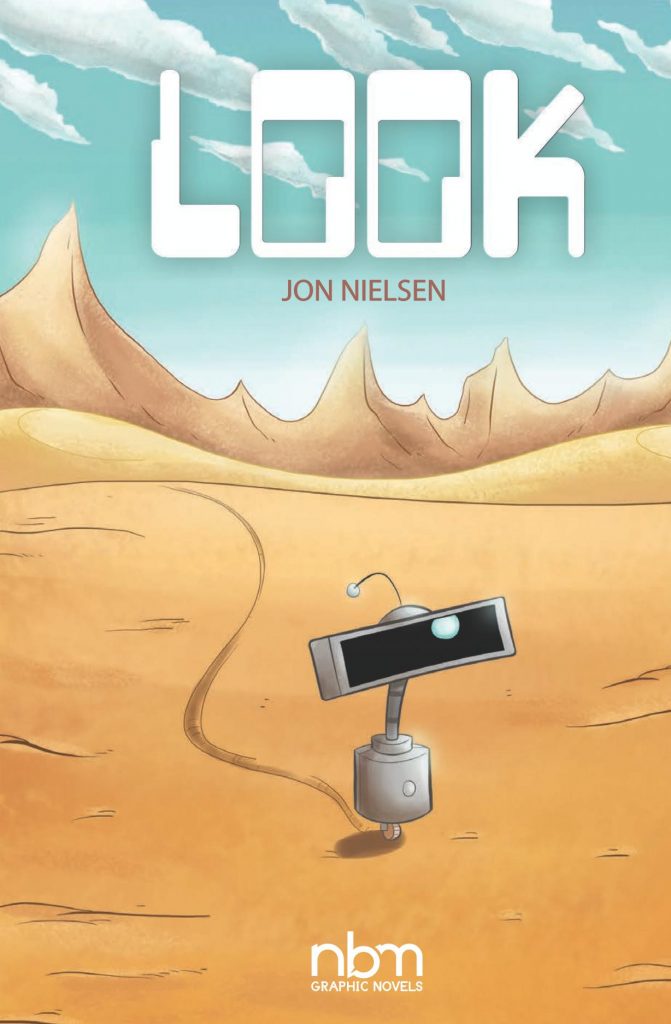 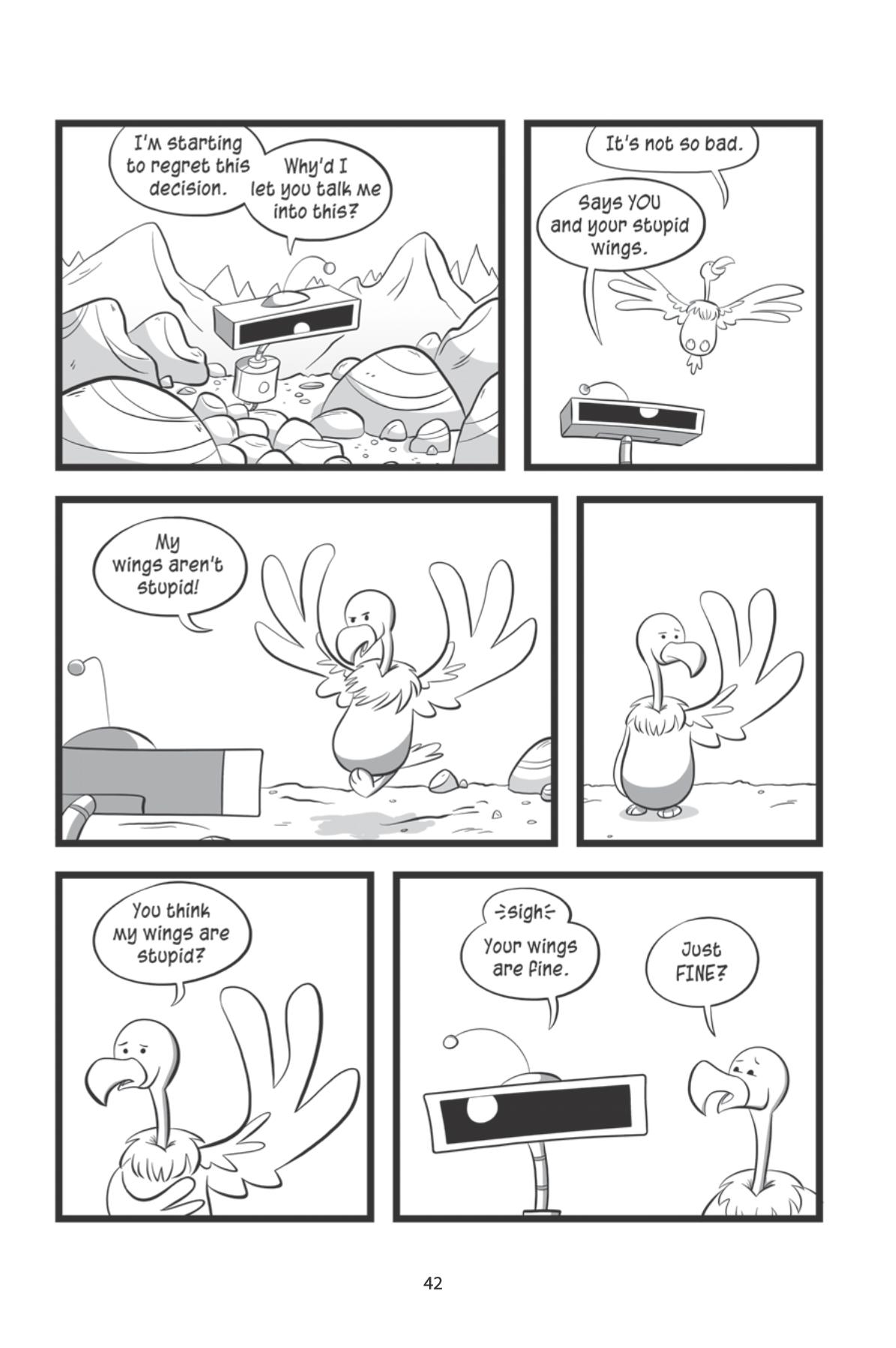 There are a few ways to read Jon Nielsen’s story. On the surface it’s a children’s fairy tale about a robot in search of its destiny, but much more can be read into it. For instance, robots are without gender, so what can we take from it being named Artie? Is it a fable about global pollution that touches on asylum seekers fleeing persecution? Or something that goes even deeper? An existentialist graphic novel is an ambitious undertaking, but to then produce it as an all-ages story is certainly not easing the creative process.

Artie is a robot that patrols the desert and its small communities, often accompanied by his vulture pal. He knows the inhabitants of his area, but doesn’t know his purpose, and when he returns to HQ to ask about it all that’s on offer is a re-boot of his programming, a memory wipe in effect. He doesn’t know exactly why, but knows he doesn’t want this, and despite the careful attentions of a large guard robot, he doesn’t accept his fate. Everything works its way to the revelation that generally a purpose isn’t prescribed, it’s stumbled upon.

Look is simply drawn, but Nielsen manages personality and danger within the chosen cartoon form, surprisingly in the form of Artie, and engagingly when it comes to Owen, possibly the first time anyone has attempted a cute cartoon vulture. It’s a strip that may have worked better in colour, though, as the blocks of white dominate the sparse landscapes.

Nielson’s plot progresses rapidly, without ever talking down to children, but it’s episodic,so  in some ways providing the ideal bedtime read. It also never really gets down to dealing with those bigger questions raised, instead becoming a book of threats faced and resolved with a moral tacked on the end, and so while not exactly disappointing, neither is it fulfilling. It may have greater appeal for children, but Look is unlikely to be a story read a second time.