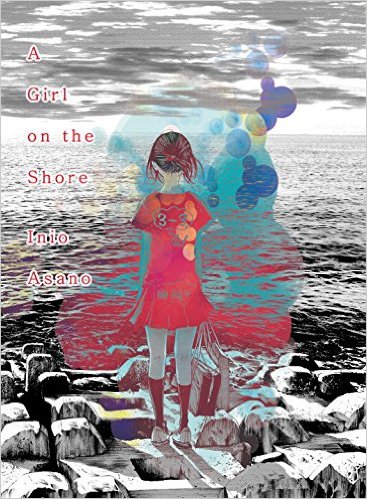 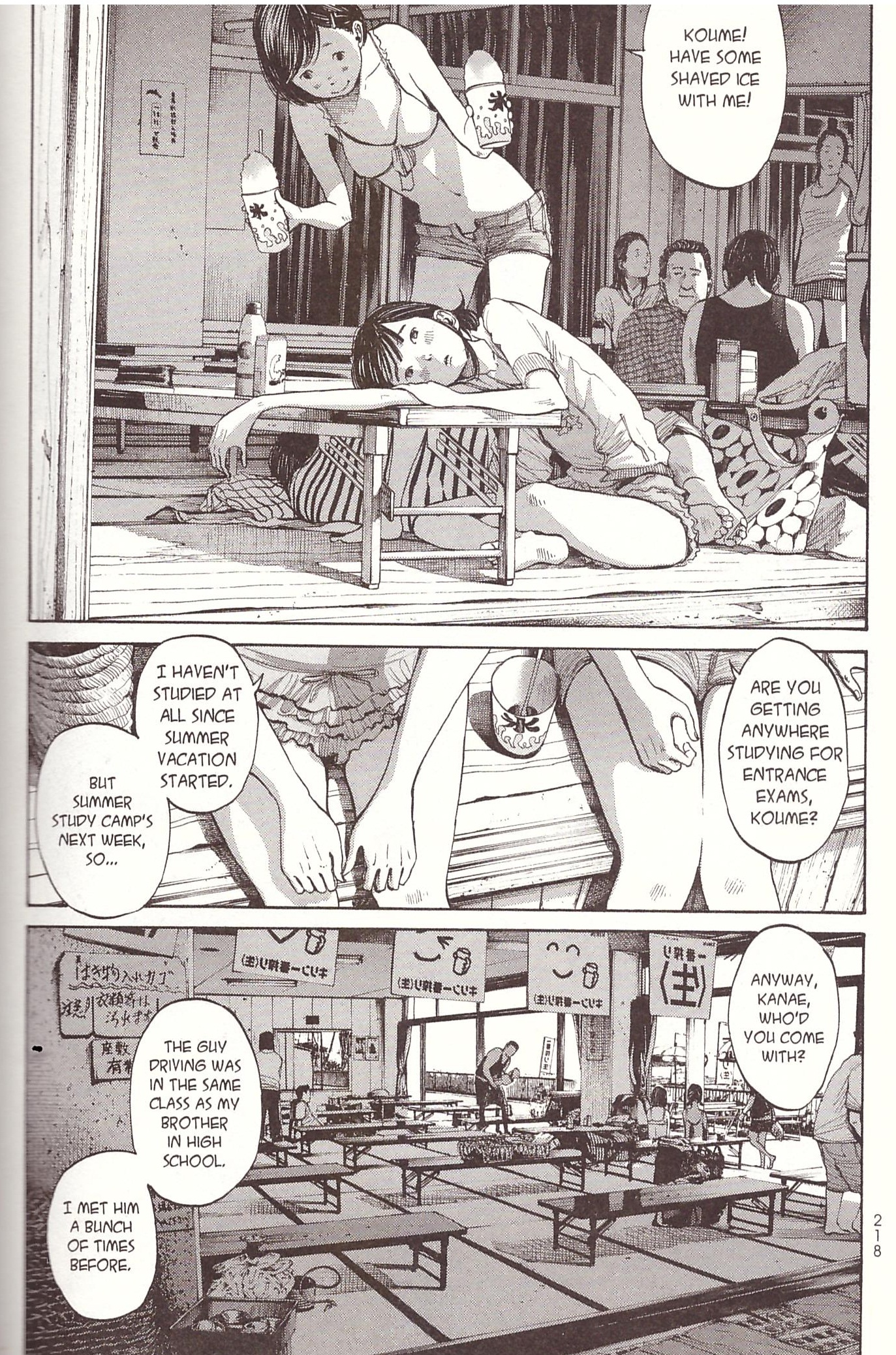 Koume is one of two girls to whom the title refers, in her case both literally and metaphorically. She’s befriended after a relationship ends by Keisuke, who genuinely likes her for the person she is, yet is not above accepting what she might offer despite knowing her emotional fragility. It turns out, however, that Koume is unbottling a curiousity for experimentation, and Keisuke himself is traumatised and grasping for reason. The second girl on the shore is a picture of an attractive older teen in a bikini Keisuke found on a lost SD card and transferred to his desktop, and while not prepared to commit to a public relationship with Keisuke, this nonetheless rankles with Koume.

As their contact continues, the complexities of both characters are explored, and in Keisuke’s case in particular some depths prompting his alienation. Both are feeling their way into the people they’ll become and in a small town this will inevitably mean departure.

The cover blurb really does A Girl on the Shore no favours by labelling it as challenging, suggesting some difficulty about the work. Inio Asano has a literary approach, but his methods are relatively straightforward and excellently conveyed. From a multitude of small and ordinary day to day events he constructs both character and plot, building a furtive intensity beneath a morose facade. He brilliantly nails the difficulty teenagers have communicating and expressing their emotions, their uncertaincies and insecurities, and the manner in which they’ll do something without really knowing why. It’s very impressive, sympathetic and contemplative storytelling that envelops a reader. There is a complexity, and, as in the life it’s true to, no clear resolution, but hope for the future.

Asano’s artwork is stunning complex realism, presumably photo-referenced, except when it comes to his teenage cast. They’re more fully realised than what we might think of as manga, but still bearing exaggerated cartoon features when compared with the backgrounds into which they’re embedded. The art bleeds off the top and bottom of pages without doing so at the sides, which is initially distracting, as if it’s been cropped for English publication, but that’s not the case. Asano accentuates the emotional truths without resorting to overplayed reactions, so in some ways the storytelling is resolutely Western. In others there’s no way it could be anything other than Japanese.

A Girl on the Shore is a difficult graphic novel to review without mentioning the elephant in the room, which is the matter of the differing social standards between Japanese and Western audiences. Fundamental to the story Asano is telling is explicit sex between consenting underage teenagers. It occurs in Japan, and it occurs in the West, but our attitude toward depiction is considerably different, prioritising concerns that it will stimulate illegal interests. Without the sex this story would be a considerably weaker experience. It reflects a spirit of compulsion, of social pressure and one of both Keisuke and Koume’s sense of exploration, fundamental to the characters they are.

There’s a wistful optimism splicing the uncertainty, a hope for something else, and a way forward for characters we’ve come to care for. It’s a remarkable book, fathoms removed from a romance in the conventional swooning Mills and Boon sense, but absorbing, nuanced and richly observant. It’s to be cherished.