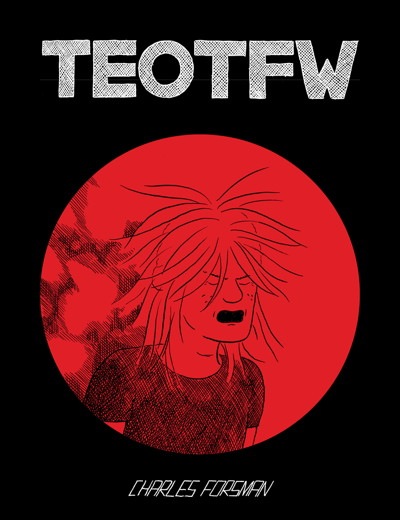 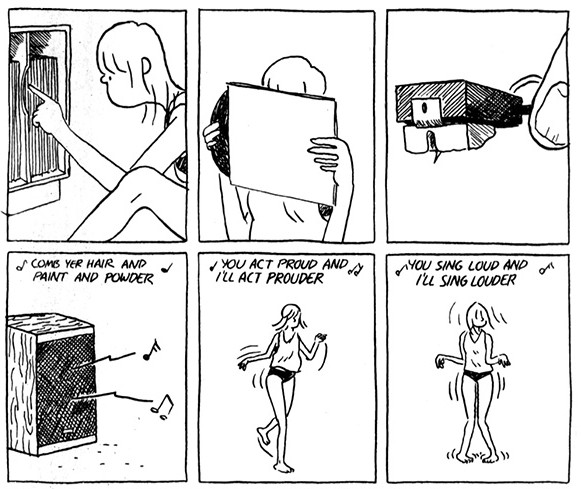 Each generation has its icons of rebellion with unique touchstones of self-expression. The stunning minicomics creations of Charles Forsman are inarguably at the forefront of 21st Centurians’ societally-challenging artistic outbursts.

In The End of the Fucking World Forsman depicts a situation as old as the species but as fresh as this year’s daisies, tragically tinged with the savage nihilism and hopelessness that seemingly afflicts all youngsters. This darkly beguiling monochrome pocket paperback (which took the ‘Outstanding Mini Comic’ Ignatz Award for 2013) collects a tale first serialised in the author’s self-published 8-page mini-comic Snake Oil.

Delivered in a devastatingly subdued, underplayed primitivist manner, ‘Hard to be Around’ sees James relating when and why he realised how different he was as child: his behaviour, things that interested him, the way he self-harmed. At 16 he met Alyssa. It didn’t seem much like love but she wanted to be with him and tried hard. Then he explosively left home with her in his dad’s car. Alyssa’s internal monologue in ‘Fire on the Outside’ describes her emotions after they crash the car and keep going on foot. They’re both searching for something intangible, but settle for another stolen vehicle.

James takes back the narrative, calmly describing breaking into a professor’s house and the horrific things he finds there. Alyssa thinks they’re ‘Safe and Sound’ and dreams of finding her long-gone dad. She disastrously introduces James to booze and dances for him, but he still can’t connect with her physically.

The trick of switching narratives continues for several further chapters as they engage in several quests, each set in the real world, but delivered with mythological status. It adds up to a magnificently dark, degraded and hopeless exploration of young love. Isn’t every kid hungry to understand the parents who made them, yet so often disappointed and even betrayed by them?

Brooding, compelling and appallingly plausible, this is a book you and every 13-year old should read,  even if it is a most adult graphic novel and preachers, teachers, nuns and politicians tell you not to.