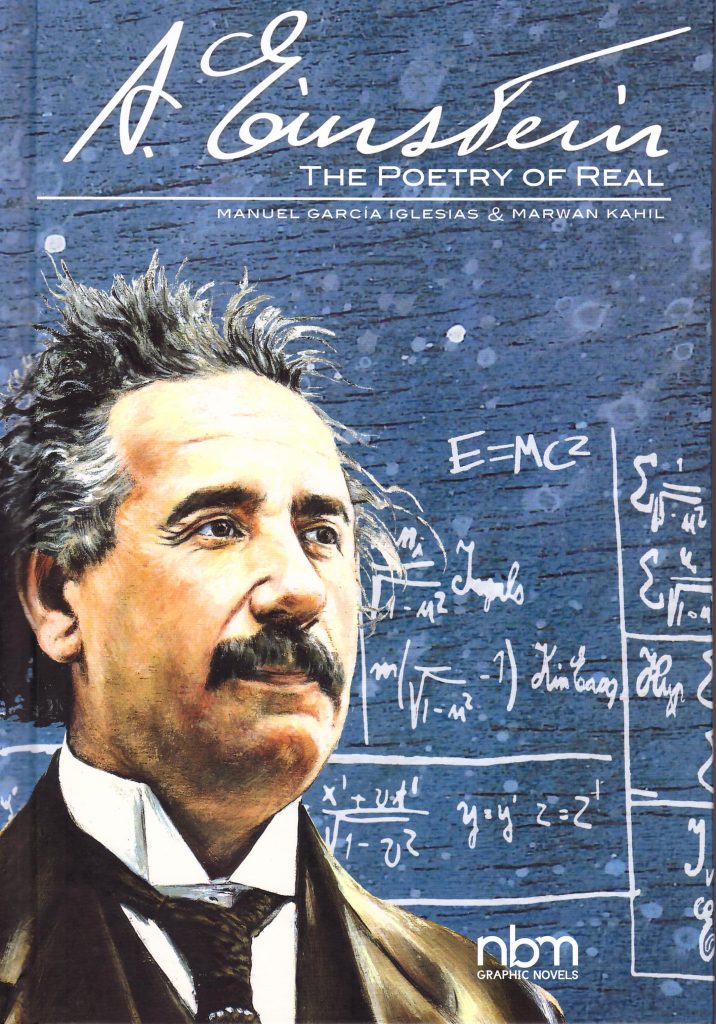 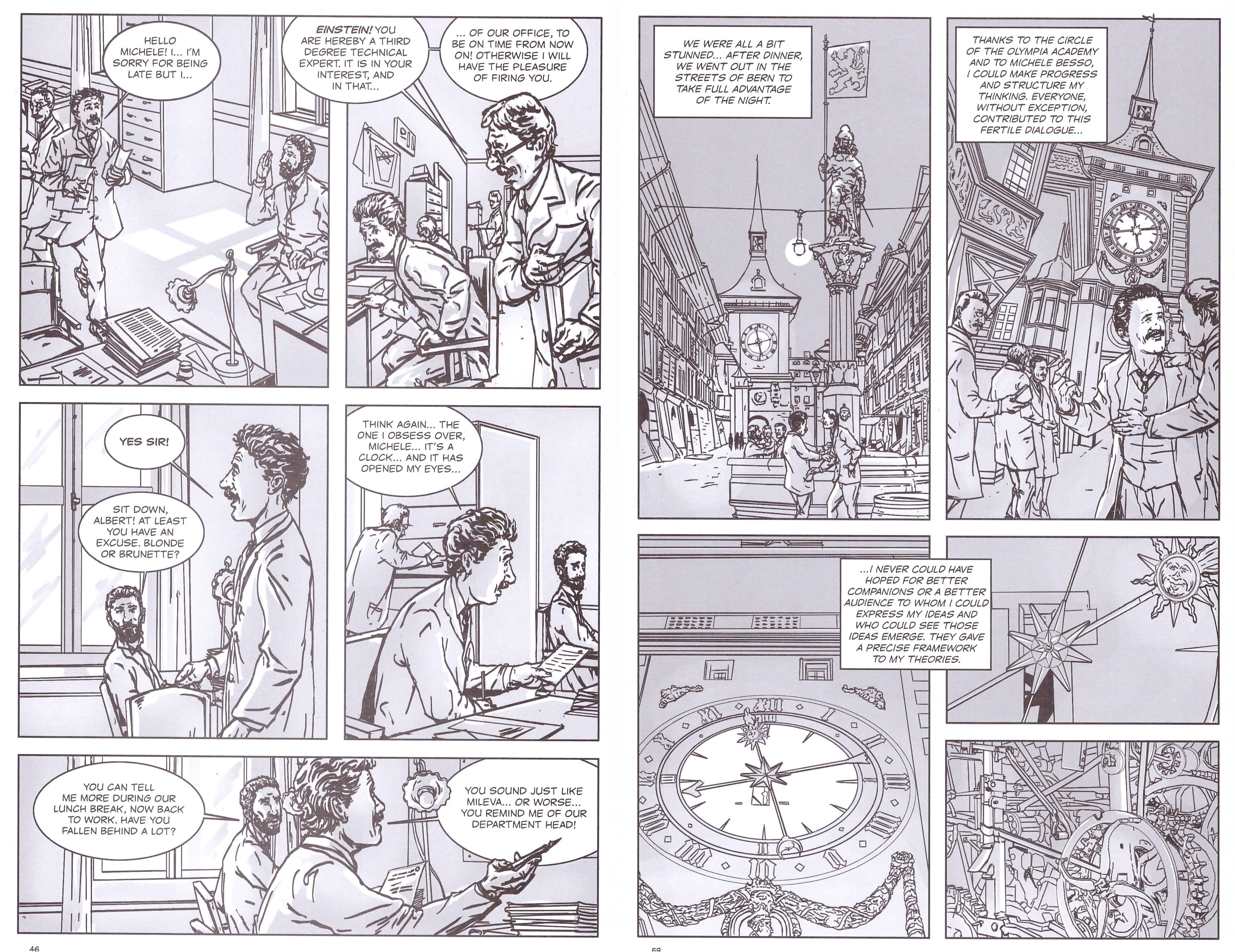 By the early 1950s Albert Einstein’s place in history was assured, his discoveries profound, his influence knowingly or otherwise extending to the entire human race. It’s at this point that Marwan Kahil picks him up, discussing matters with a masters student at Princeton in 1953, and via those thoughts looking into his past.

When it comes to conveying the importance of Einstein’s discoveries there’s little faulting The Poetry of Real, and a new consideration of E=MC2 is provided by being shown how Einstein developed the theory, his uncertainties and his sounding boards. Contextualising this by explaining it was conceived as Einstein earned his living at the Berne Patent Office offers new insight to those not intimately familiar with Einstein’s life. Yet there was no instant recognition of how he redefined physics, and he continued to work in Berne for a further four years before being offered a teaching post.

Kahil alights on the significant moments of Einstein’s life via having him explain himself constantly, and this is less satisfactory. Einstein explains himself to all and sundry, as does almost everyone he meets, and it’s a rare word balloon deviating from the formula. Contrasting quieter moments of reflection don’t enliven what becomes in places a dull dissertation. It’s not helped by the flat, greytoned art of Manuel García Iglesias. There’s a lot of effort on Iglesias’ part to ensure locations are faithfully rendered in detail, and individual panels of items and places taken from reference are nicely composed illustrations with the precision of an Einstein equation, but drawing people isn’t a strength. He’s unconvincing with people in motion, and misproportioned bodies and faces distract through the entire book, the heads rarely sitting right on shoulders, as if Iglesias has drawn the bodies first and added the heads later.

It’s only toward the end of the book that Kahil strikes the right balance between explanation and life, as if he’s been learning himself as the book progressed. This is with a reflective Einstein, regretting the simple truth of his theory of relativity permitting the atomic bomb without taking into consideration the ethical steps between.

The Poetry of Real is flawed, but it’s informative if you want Einstein’s life and influence reduced to a relatively easily digested form. It disappoints for what it might have been.