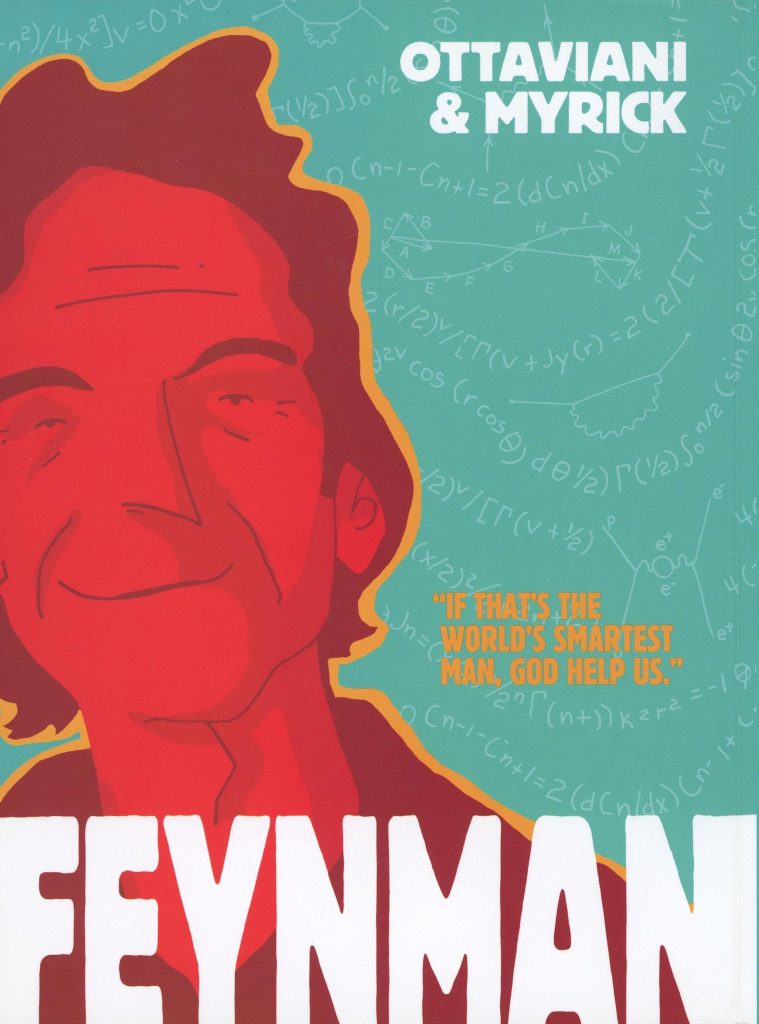 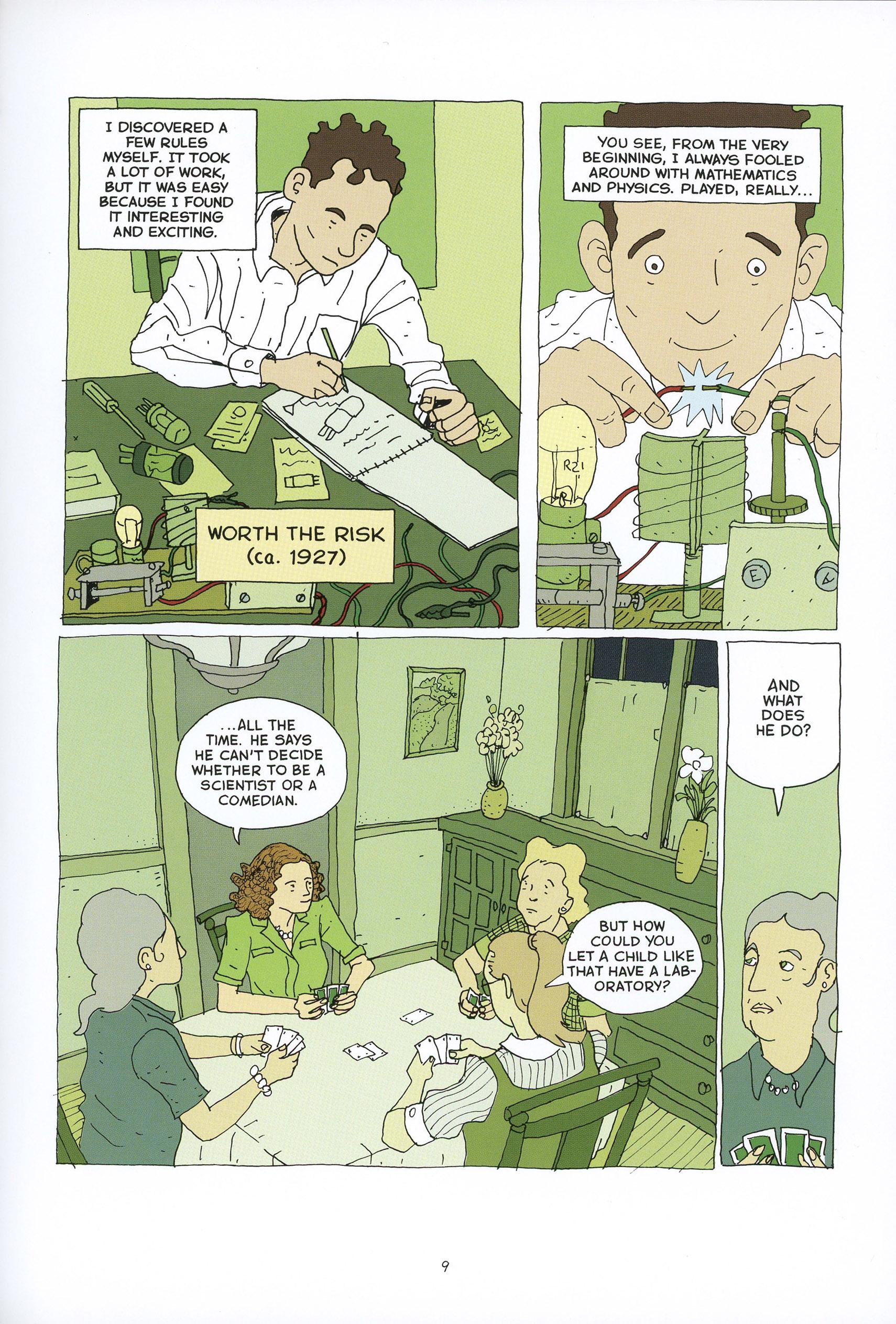 Not everyone will know who Richard Feynman is, which is why we have biographies to inform and educate. He was one of the world’s most prominent physicists, a man who worked on the American Atomic Bomb development in the 1940s, pioneered quantum theory and features in lists of the ten greatest physicists of all time. It’s a weighty reputation being explored, and Jim Ottaviani chooses an interesting way in, featuring Feynman’s mother noting that he can’t make up his mind whether to be a physicist or a stand-up comedian, and using excerpts from Feynman’s uproariously well received lectures.

It’s not the only narrative novelty. It’s a suitable choice to have Feynman narrate the book in the first person throughout, providing a witty voice as he considers in hindsight his life and the events that shaped it. The mediocrity of school he had no interest in beyond science gives way to an accomplished college career, and a further novelty is that Ottaviani doesn’t attempt to dumb down Feynman’s theorising. It’s brave and possibly alienating, as only a small percentage of readers will keep up, yet Feynman in his own words frequently and freely admits not understanding plenty of stuff, so don’t fret. By way of balance Ottaviani also peppers the book with Feynman’s pithy observations. “In science we don’t have perfect theories and we do just fine with successive approximations”, is one thought-provoking line. Two further statements recurring throughout are his father’s idiom that just because we have a word for something doesn’t mean we really understand it, and his first wife repeatedly asking “What do you care what other people think?”, which informed his approach to science.

We do understand Feynman because Ottaviani and artist Leland Myrick lay him our as a person, not a legend. His time working on the Manhattan Project concentrates more on Feynman’s personal turmoil than his work, and it’s a brilliant achievement in bringing someone to life. Instead of theoretical physics we’re served with safe cracking and puzzles set by his wife. Feynman was endlessly curious, and while baulking at work, was industrious and diligent when it came to learning. To a greater or lesser degree he was taught bongo drums, Japanese and how to draw among other investigations.

Feynman repeatedly noted his key to understanding anything was visualising it. Myrick makes full use of the opportunity by illustrations that fill the air around Feynman with floating abstracts, shapes, and the coloured letters he saw when visualising equations. Plenty of other opportunities arise, memorably the devastation of the Hiroshima bomb as applied to New York, but the real strength of his loose style is an adaptability never at a loss be the moment required tender or explosive. However, Hilary Sycamore’s colouring doesn’t always show Myrick’s work at its best. Rainbow pages would be wrong, but a reliance on largely dull flat tones reduces moments that should have greater sparkle.

There’s no dressing up that a biography of a genius level physicist is complex and even difficult in places, but also uproariously funny in places, heart touchingly tender in places, and a fine and respectful resume of a fascinating life. Feynman was endlessly interesting, his unconventional views ahead of their time socially as well as scientifically, and Ottaviani and Meyrick don’t have to coax much to bring this out. Copious background notes complete a life well lived and a biography well told. And that’s not all. Ottaviani’s enthusiastic bibliographic recommendations and a wise epilogue round off a fine graphic novel.