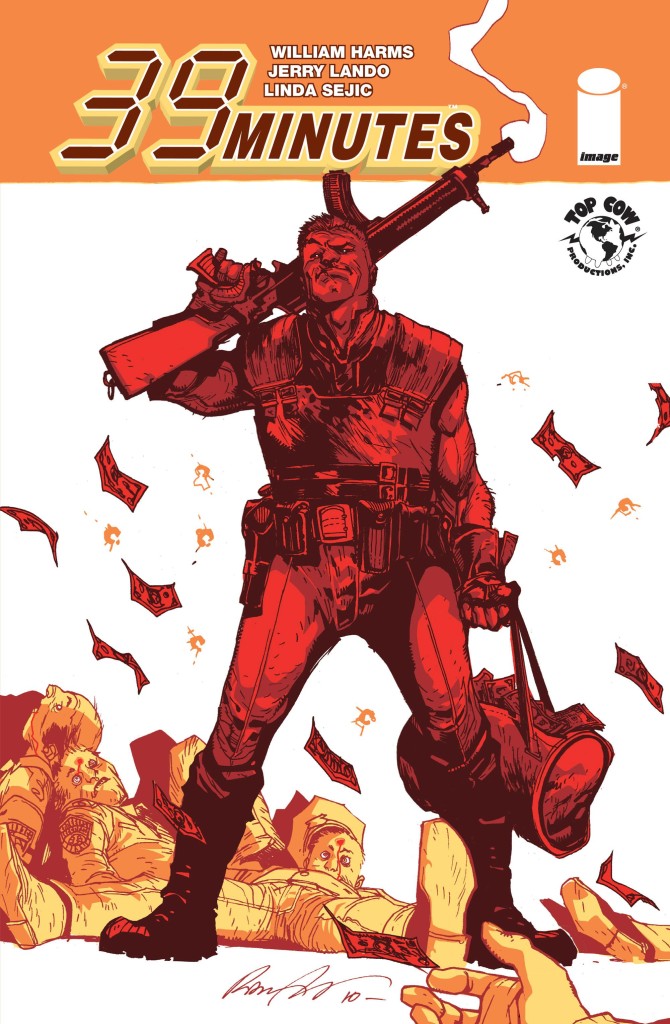 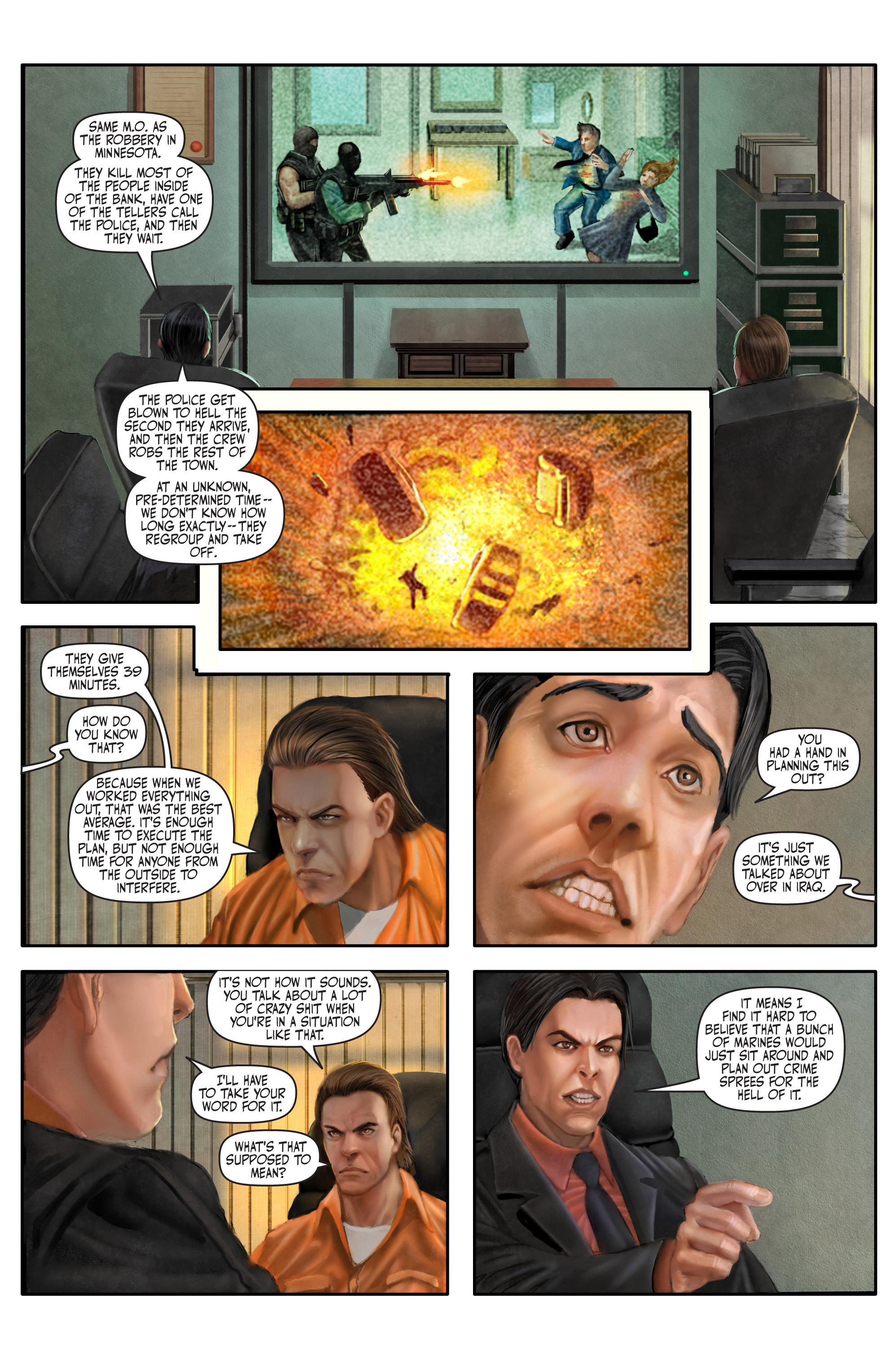 39 Minutes opens in small town Nebraska where a team of heavily armed men carry out a bank robbery ensuring maximum carnage and death. Innocents are deliberately targeted along with the local police, after which the team effectively rob anything of value from the main street shops.

There’s no suspense regarding who’s responsible. They’re identified as a former special forces squad with service in Iraq who’ve recently broken out of jail. We also rapidly learn the circumstances of their being there, as scapegoats, which is a troublesome sequence. It’s one of several plot points glibly served up that fails to ring true, in this case on two counts, one of narrative convenience and the other of their present day disregard for innocents flying in the face of former behaviour. Their one time commander, still in jail, is given little choice about accepting a deal to aid in recapturing his one time friends.

A jarring change of artistic tone signifies the demarcation between the opening chapter and the remainder of the book, Linda Sejic’s more painterly approach to colours the source. It doesn’t disguise the deficiencies in Jerry Lando’s art. In a book dependent on distinguishing people without costumes he fails, specifically with regard to black characters, but a major player with facial scarring is inconsistent from panel to panel. There are also problems with bizarre static facial expressions, and cars that look constructed from Lego.

William Harms runs two simultaneous narratives, one of the team in Iraq and the other of the FBI with their former commander’s help attempting to locate them in the present day. It’s very much the province of the action movie, and Harms sets up an awkward buddy relationship and conflicting loyalties, yet 39 Minutes is largely an emotion-free zone, at least when it comes to convincing. The ending is very weak as well, although taken straight from the action movie beats Harms is imitating.

What would otherwise be a very slim book is padded out with Harms’ scripts and a nineteen page preview of Shotgun Wedding, which on this basis is hardly any more original.