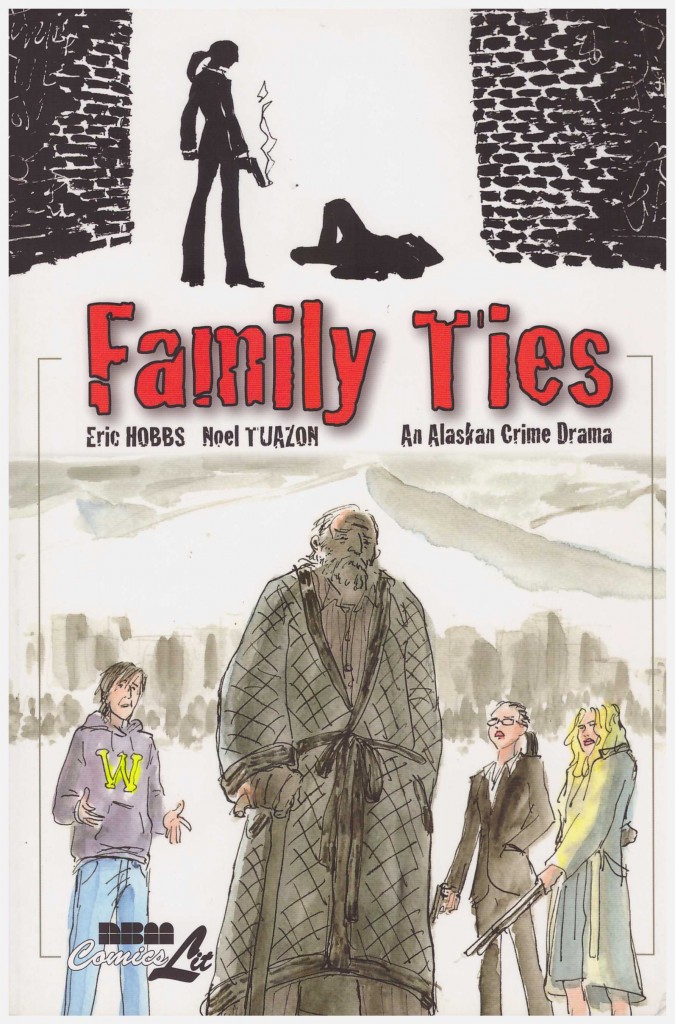 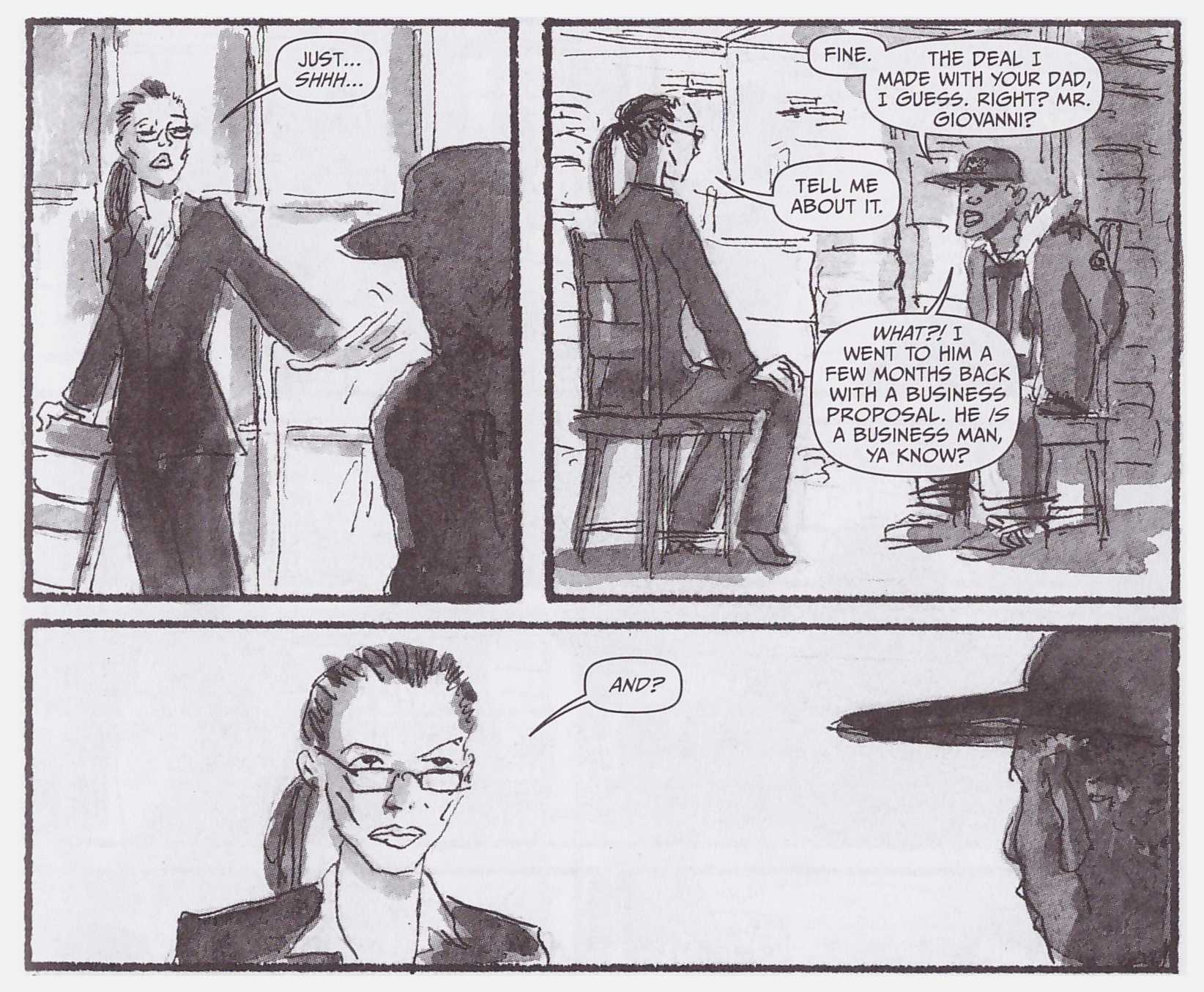 The themes of ambition, loyalty and family dynamics render King Lear‘s plot readily transferable to a modern-day gangster milieu, while what was madness in Shakespeare’s time is now defined as dementia, a very 21st century suffering. Revisionist stage interpretations have utilised the concept, and My Kingdom did the same for cinema. Family Ties, then, follows an established tradition.

The family in question is the Giovannis, once of Chicago, removed to Anchorage to avoid the competition and the conflict it generates. The Goneril and Regan replacements are Kim and Shannon, but writer Eric Hobbs transfers the Cordelia role to a youngest son Cain considered a disgrace by Jackie Giovanni for not wanting anything to do with the family business and instead training as a nurse. It’s a clever plot modification ensuring Cain has a greater understanding of his father’s condition.

So far, so good, but the divisive aspect of Family Ties is Noel Tuazon’s impressionistic wash art. At worst it seems as if Tuazon has merely enlarged his thumbnail roughs, and the chosen style obfuscates rather than clarifies, particularly when the wash application is darkened to convey the blacker moments. At best the sketchiness imbues a life and movement to the cast not possible with a more mainstream style, but it simultaneously makes some cast members difficult to distinguish. This is particularly problematical once the plot takes its full action movie turn.

Having updated the names of almost all Shakespeare’s cast, Edmund and Kent remain intact, but Hobbs isn’t adapting Lear wholesale. His Jackie Giovanni is particularly well handled, by turns angry and confident, then lost and confused, but the handling of others isn’t as adept. By the conclusion the rod Hobbs made for his back by basing his story on one of literature’s greatest works leads to the inevitable comparison, and Family Ties falls well short.