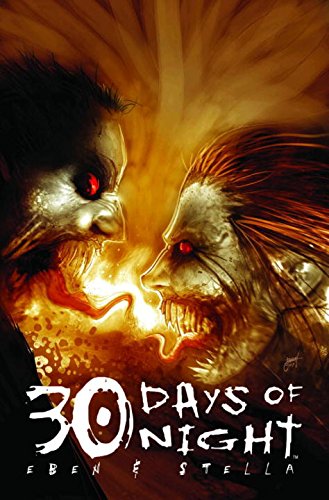 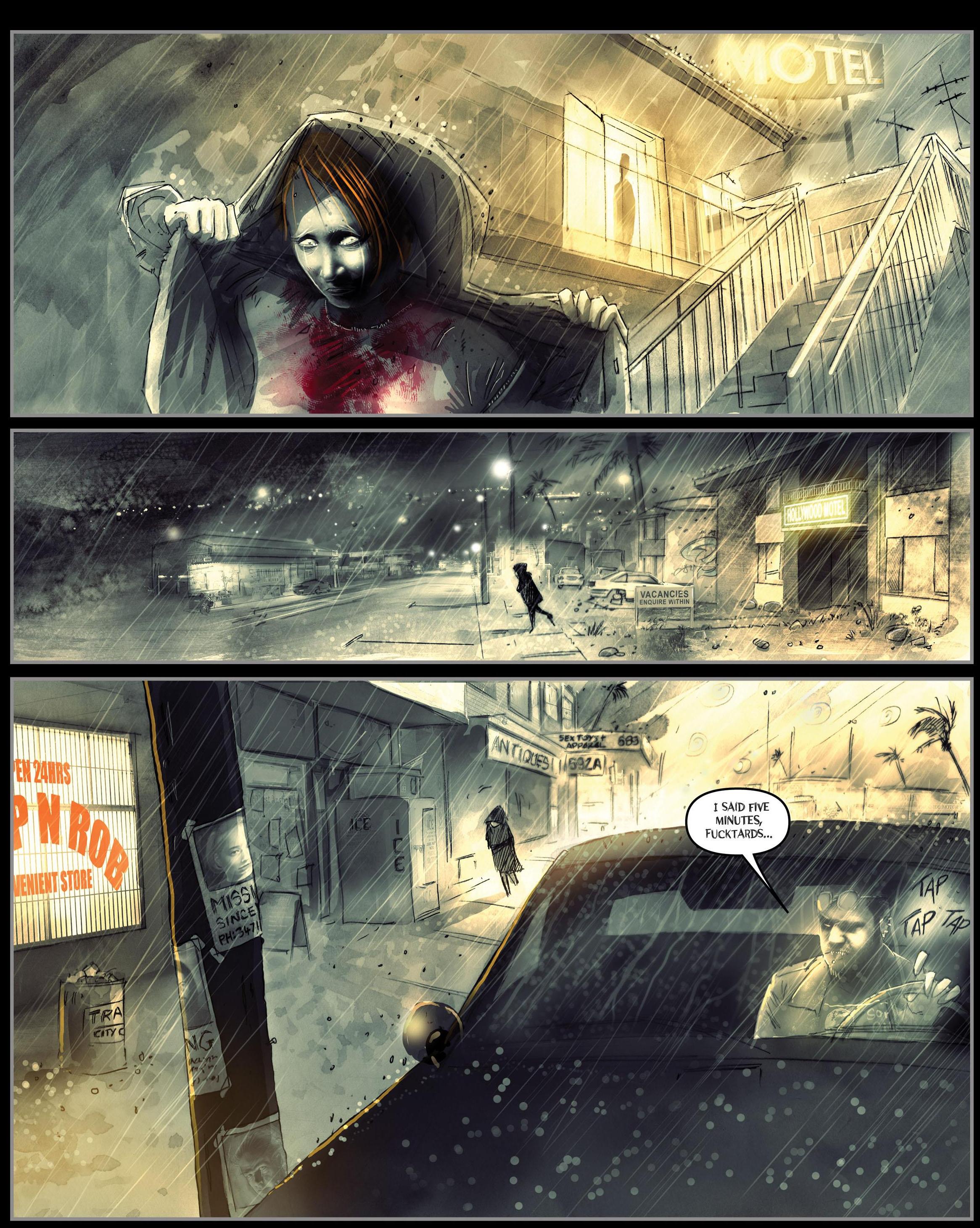 The curious thing about horror stories is how they spawn a half-dozen spin-offs and sequels based on the success of the first. Sometimes they generate more success, like Buffy the Vampire Slayer spawning Angel, but overuse eventually spoils a good concept (Halloween, Friday the 13th). 30 Days of Night reinvigorated the entire vampire genre and initially improved with each sequel creator Steve Niles wrote, but eventually not even he could sustain the originality. Eben & Stella is the seventh sequel published by IDW and features Kelly Sue DeConnick (starting her career) co-writing, with Justin Randall on art.

While published much later, chronologically Eben & Stella picks up immediately after Dark Days. When Stella Olemaun had the opportunity to be reunited with her husband Eben, the tragic hero of 30 Days of Night, she took it without thinking through the consequences, love being blind but also a pain in the neck. Their reunion is not going the way either of them hoped, Stella struggling to come to terms with being a creature she hates while Eben appears to be driven blindly by his hunger. Niles and DeConnick create some intriguing interactions between Eben and Stella, flashbacks to their shared hopes and dreams a particularily strong element. It emphasises that classic struggle between the human and the beast inside and even manages to avoid cliché in that respect.

Randall’s use of sepia tones and light washes of colour accentuates the tension, also succeeding in rendering the individuality of each cast member from an oddball vampire hunting couple to Xen, the would-be leader of a new vampire order. The problem is that while the Olemaun’s saga is engaging the story lacks direction, the dialogue is uninteresting and a lack of clear narrative muddles an already convoluting plot. New versus old is a running theme of the series, a source of conflict between vampires that the protagonists seek to exploit. In this case the resolution is clumsy. What does work is a real sense of unease generated by using some disturbing elements throughout, Niles and DeConnick employing classic horror tropes to full effect. Randall captures these well, though the polished nature of the violence makes your face screw up in disgust. From a historical perspective, Randall captures the essence of the early to mid 2000s fashion culture superbly, going so far as inducing pangs of nostalgia. Or regret, depending on your point of view and experience of the time.

Eben & Stella had potential as it has a decent premise, even if it isn’t entirely well executed. With a renewed interest in the series, and Niles having already revamped the original 30 Days of Night, this is one story that might be revisited. With a wiser Niles and a more accomplished DeConnick on board, the prospect is tantalising.

If you are following publication order then Red Snow, written and illustrated by co-creator Ben Templesmith, is the next book to pick up. Alternatively, it’s found with this in the second 30 Days of Night Omnibus.