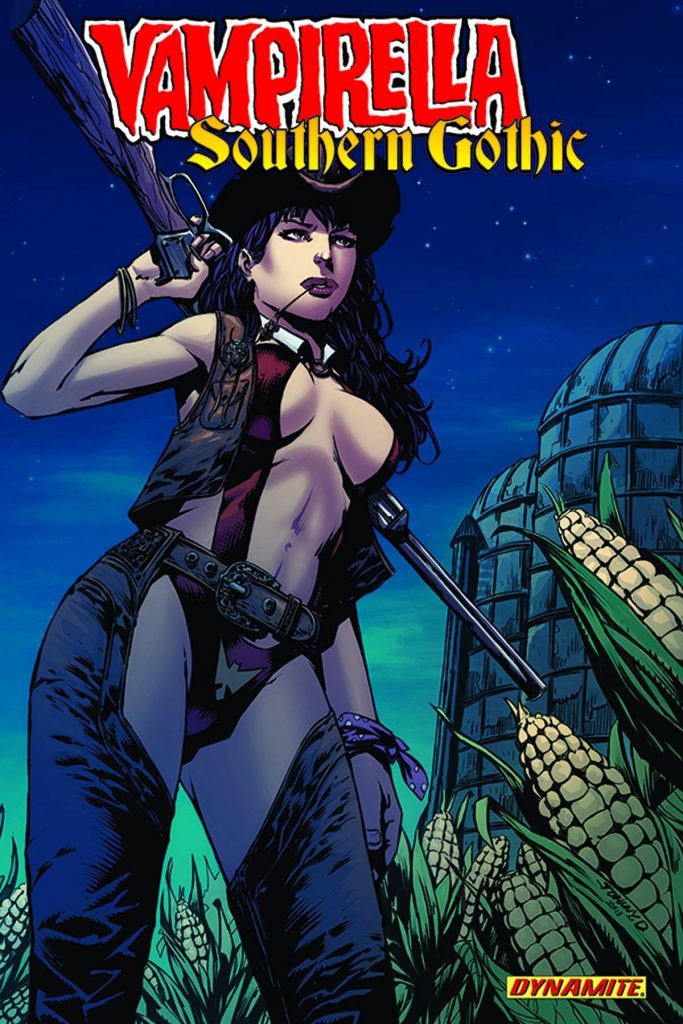 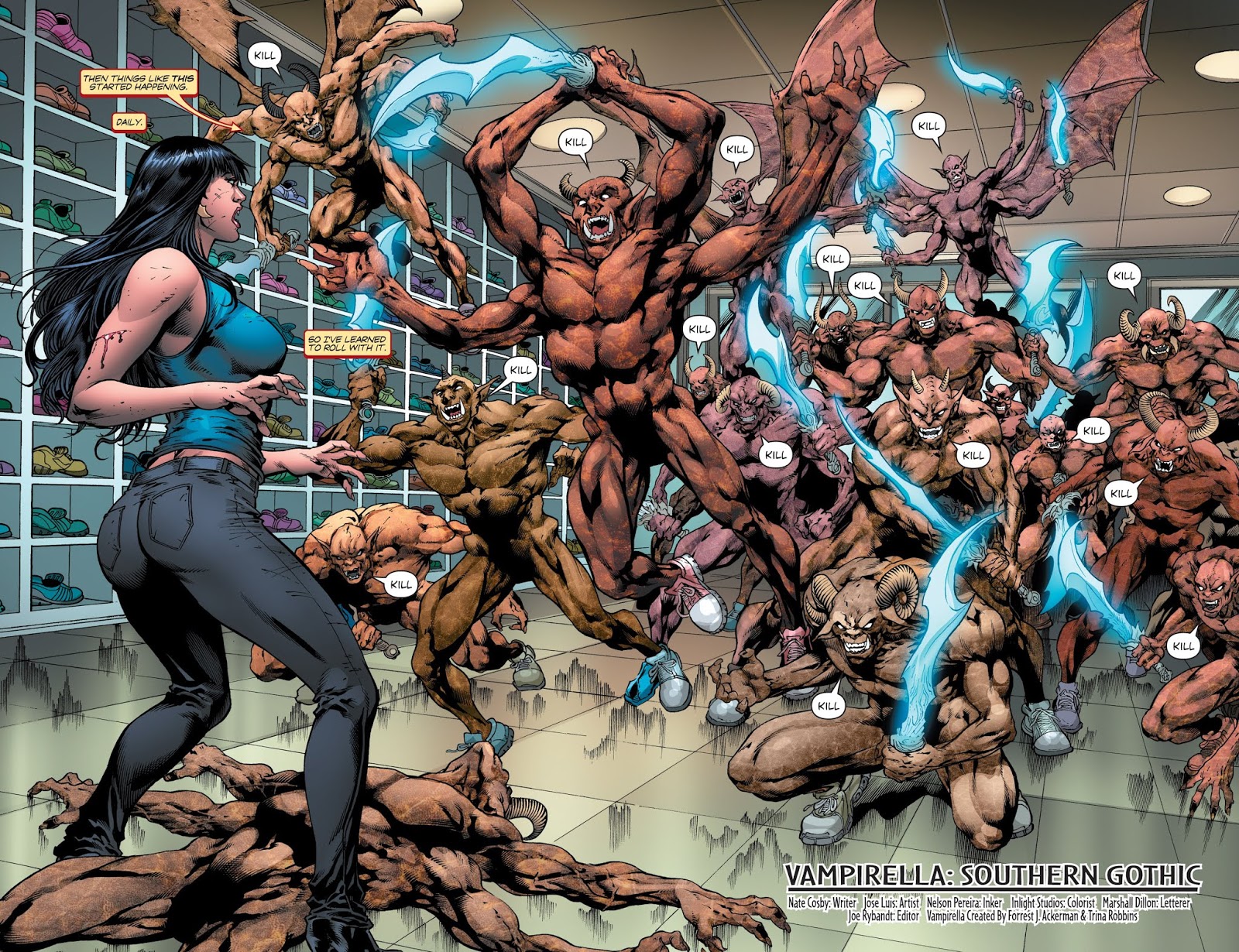 On the face of it taking Vampirella down to Mississippi with its steamy atmosphere and tensions is a good idea, if a little too obvious in the wake of True Blood’s TV success. However, Nate Cosby works around that well, and if anything the TV show Southern Gothic most brings to mind is Preacher. The reason Cosby has for taking Vampirella down south is a call from old friend, Southern gentleman Jacob, who has a problem with a woman who’s died. Again. And not just for the second time.

Cosby introduces an effective series of problems. Vampirella quickly discovers that the situation’s not as clear cut as it’s been explained, and there’s the additional drawback of her having sustained an injury battling the demons seen on the José Luís sample spread. Compared with the majority of Vampirella artists, Luís is the very soul of discretion. For starters, despite what the cover would have you believe, she’s not in that costume, but the bar is set very low given Vampirella is designed as an exploitative feature. He tells the story well, designs different looking people, and his good old boy demons are funny.

The introduction of one pivotal character, and the reason they stay around is plot convenient, but by and large Cosby weaves a viable Vampirella story that’s a challenge for even her formidable abilities, and doesn’t rely on gratuitous exploitation for its thrills. He immediately sidelines any concerns about Vampirella’s contradictory backgrounds, and conceals one aspect very well, filling the plot with so many other activities that we forget about a couple of early scenes until their relevance is revealed toward the end.

Southern Gothic is a fun horror story with no pretensions about being anything else, with possibly more to appeal to people who like horror, but see Vampirella as nothing but an excuse for revealing pin-ups.