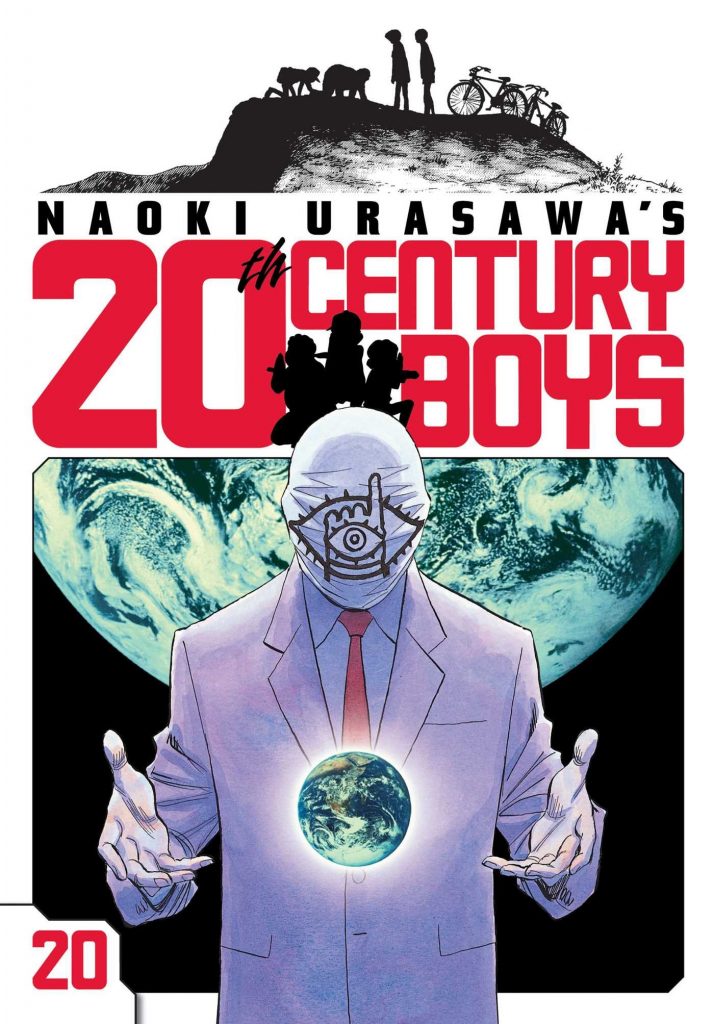 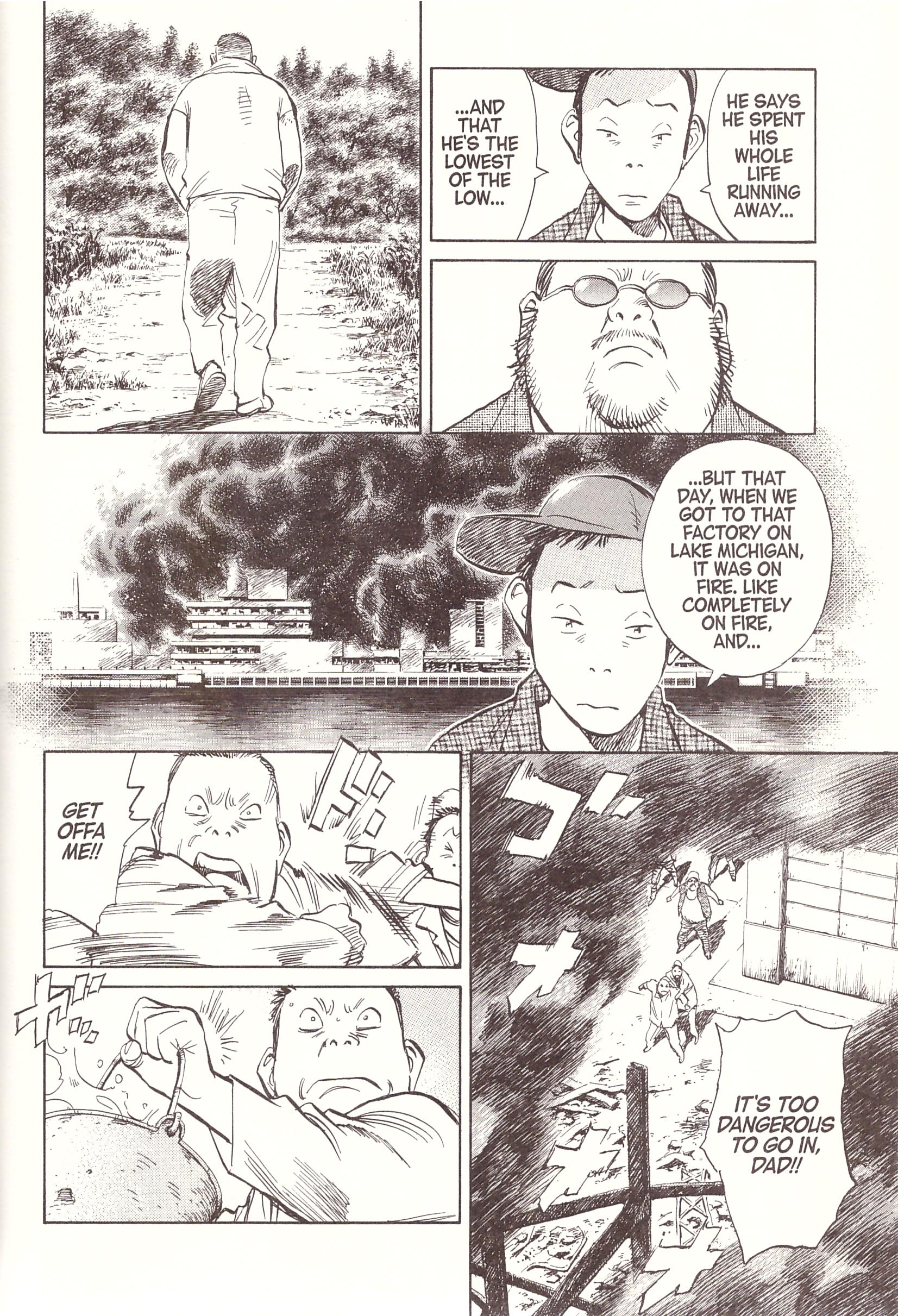 Humanity in the Balance opens as we reconnect with several people we’ve not seen for a few volumes, or only dropped in on briefly. It’s a theme continued all the way through, and, as we should possibly expect by now, some have been absent for a long time, eighteen years in the story continuity, and we all assumed they had played their part and exited, stage left. Naoki Urasawa has pulled this trick on us before, and as before, it’s welcome.

At the start of the series every volume of 20th Century Boys thrived on mystery, but as it’s continued the balance has gradually shifted, and tension has become the driving force. Not all mysteries have been revealed, indeed there’s one perpetuated here, but by and large we know the bigger picture, we know what’s planned, and the question becomes whether the assorted people we consider good can stop it. Yabuki Joe, who played such a large part in The Man Who Came Back, isn’t seen here, but for the first time in several volumes Friend is given a role beyond a cameo or brief flashback.

The other abiding theme prioritised all the way through the series is hope. It’s been there during the darkest scenes, which never end without a glimmer, and in the constant reference to the innocence of Kenji and his friends as youngsters. We return to those days several times, but looking in on their contemporaries as Urasawa supplies a few more details about past events.

We should also never forget that the plotting might be spectacular, but 20th Century Boys wouldn’t be anywhere near as thrilling or convincing without a master artist at work supplying it. It requires stopping and looking every now and then to reaffirm this, as Urasawa is dedicated to the storytelling. The expressions and postures on the sample page are precise and evocative, perfectly supplying what’s needed, yet the page is one selected at random to illustrate the point.

This has been another thrilling ride, and the plotting indicates we’re nearing the end, although that’s all relative when considering this series, as there are a further 24 chapters to go. They begin in Arrival of the Space Aliens. Because the previous volume is so hard to find at a reasonable price, Humanity in the Balance is best experienced combined with that as 20th Century Boys Perfect Edition 10.