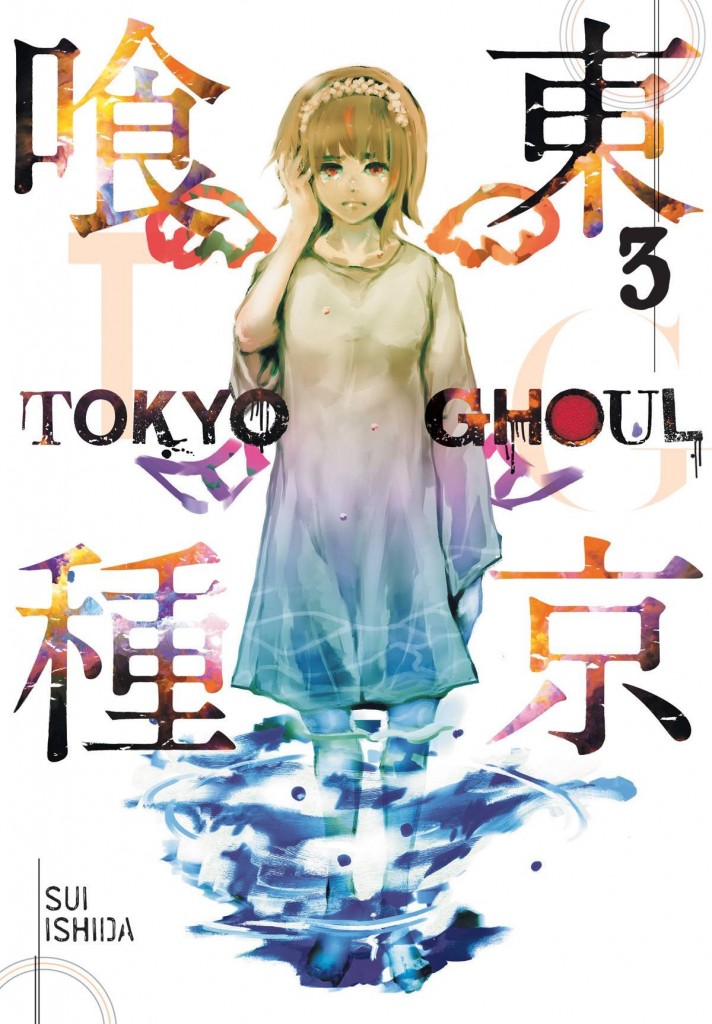 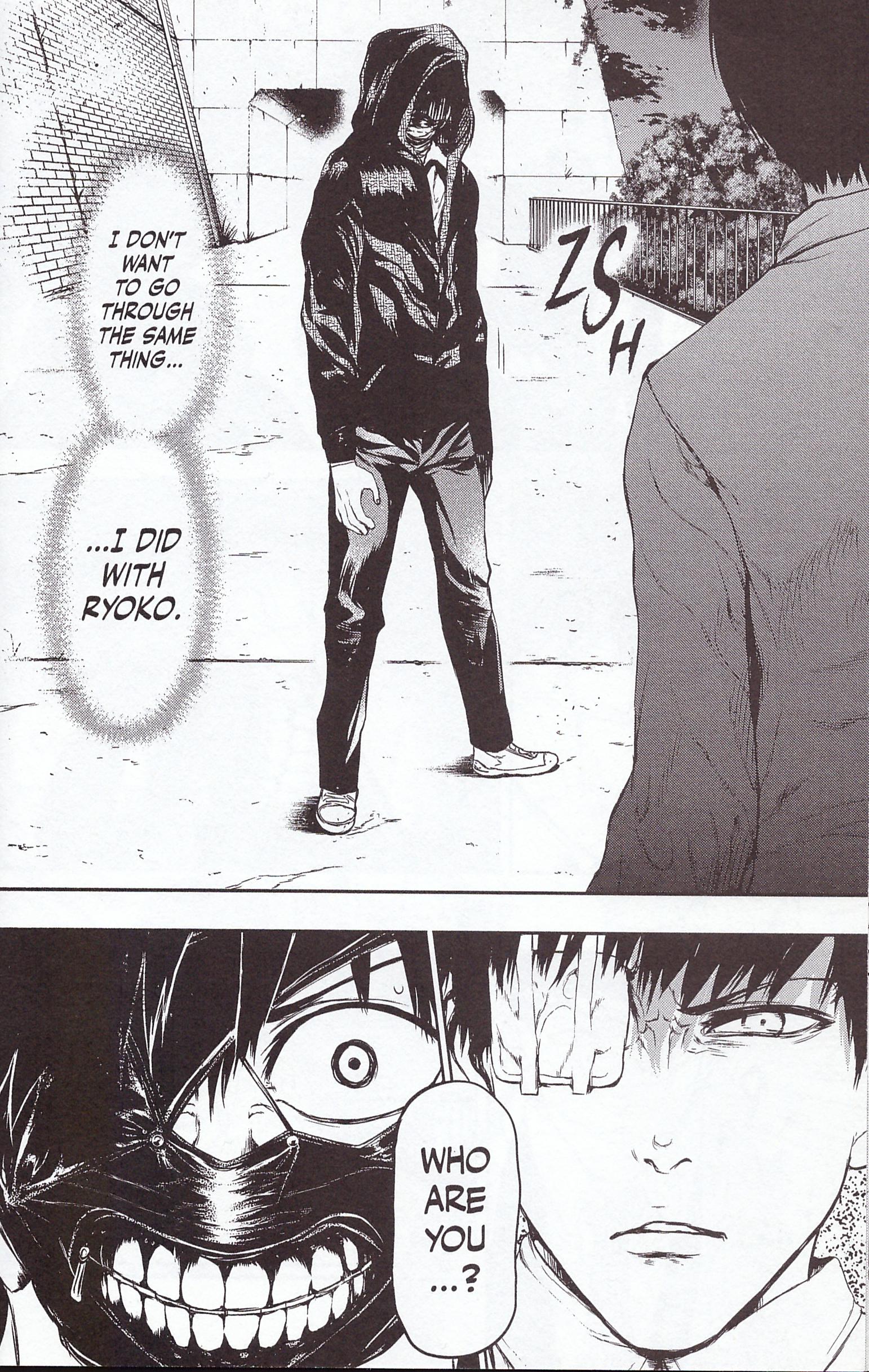 Since an organ transplant transformed Ken Kaneki he’s undertaken a rapid learning curve. While remaining essentially human he now has the instincts of a ghoul, and discarding previous preconceptions has been essential. In order to survive he must eat human flesh, although he’s among a number of ghouls who have a relatively humane method doing so. To protect himself he’s been learning self-defence from the streetwise Touka, a girl with enough courage to feed false information to ghoul investigators in their own office.

As is the case with the X-Men, Sui Ishida’s use of the basic premise can be read as a metaphor for racism in society as it spotlights the day to day survival techniques of an oppressed minority. Even if that’s not your interpretation Ishida has quickly mastered the dramatist’s techniques of making the pages turn by focussing on personal danger. Although he’s learning, Kaneki remains the innocent among a new society, and Touka has a proactive method of dealing with problems that arise. A couple of investigators, however, are more tenacious and wily than their colleagues, and a good final chapter explains the beginnings of their partnership.

Ishida borrows the trappings of martial arts comics for his fight scenes, giving the investigators fantastic weapons with which to take on the ghouls, who’re not without their own exotic defences. Apart from the ghouls this is one step away from a meticulously depicted real world. Ishida sketches in the cityscapes with a draughtsman’s precision. Like so much manga, backgrounds are a secondary concern, but Ishida ensures his cast populate a recognisable world. Again, however, there’s a lack of clarity to his art when everything does kick off.

There’s a clever emotional intensity to Ishida’s script. Kaneki’s not the only cast member with uncertainty hanging over him, and for the concluding half of the book there’s massive tension as Ishida switches between two confrontations, each of them perhaps fatal. They have a resolution, and each in its own way surprises. The consequences lead into book 4.

From a very average beginning encompassing a good idea, Tokyo Ghoul gradually becomes more and more compelling, and this is a good early sample read.