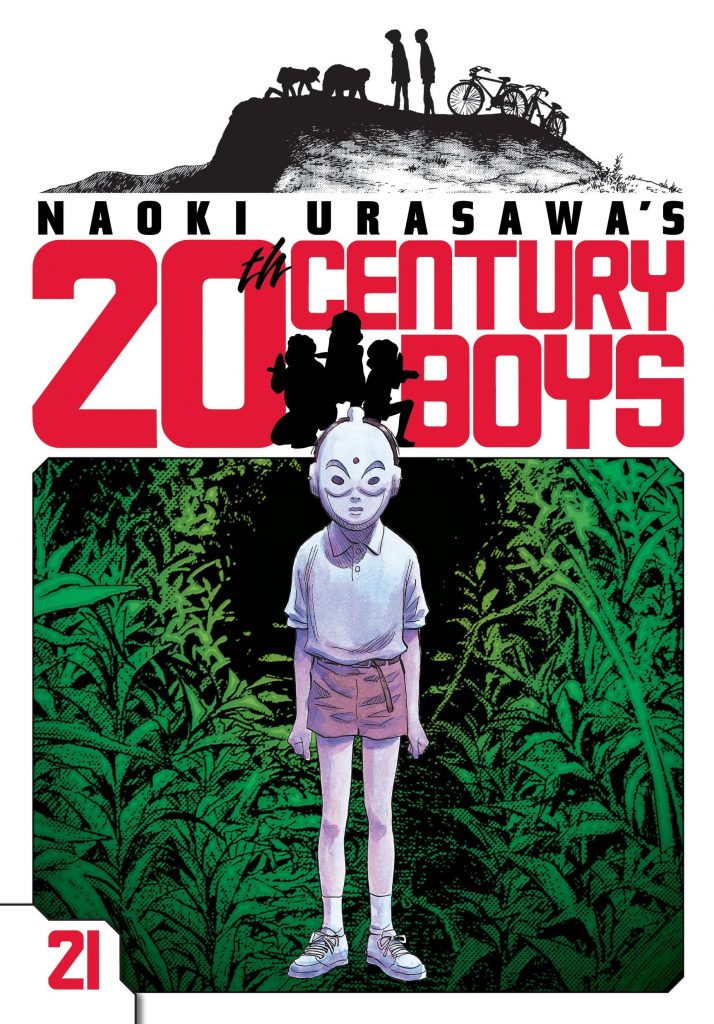 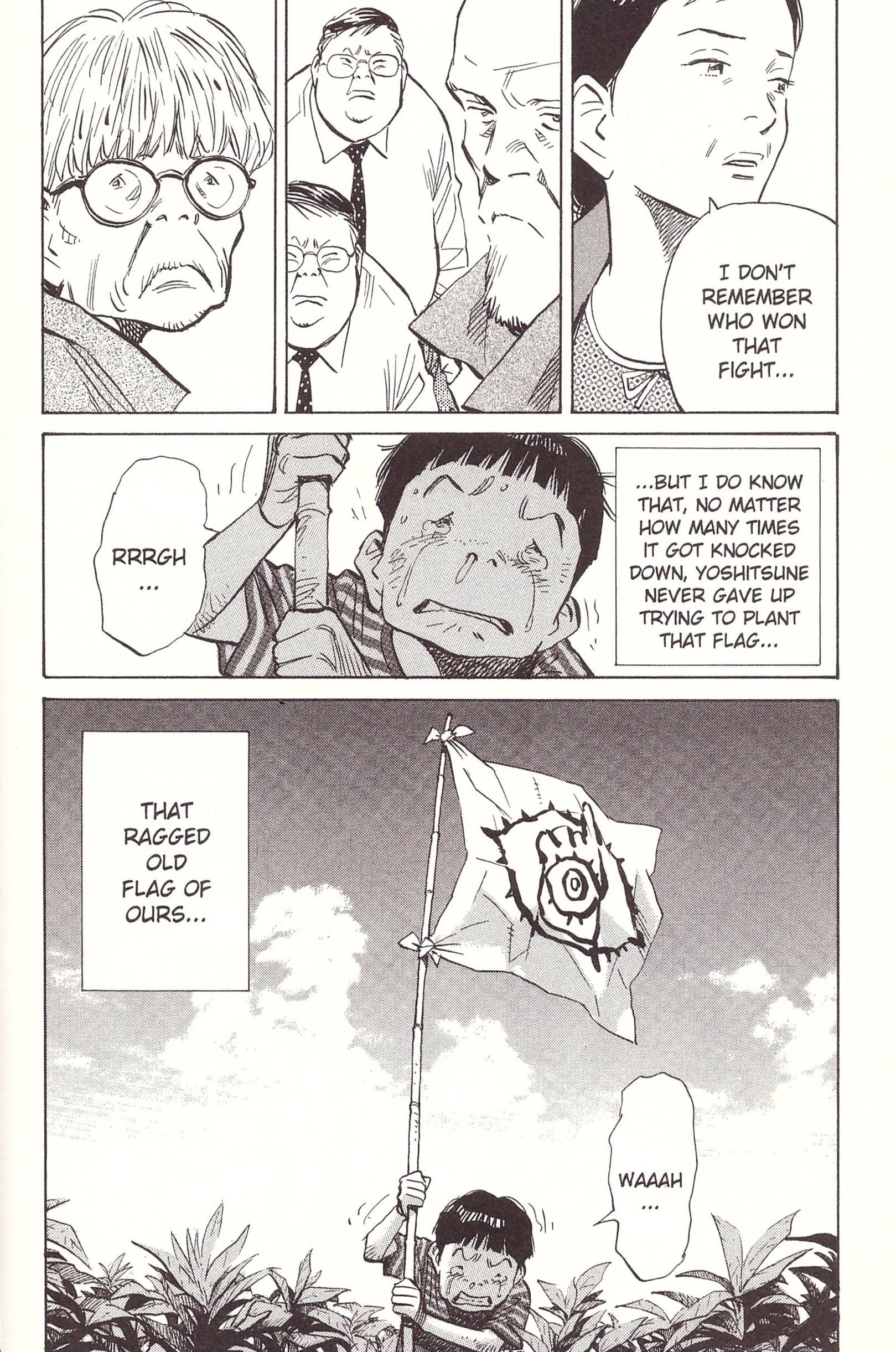 Arrival of the Space Aliens is the penultimate volume of 20th Century Boys, and as he’s done for the past couple of volumes, Naoki Urasawa shifts the attention away from the characters who dominated the previous volume. Instead of following up on the folk now in Tokyo as seen in Humanity in the Balance, Urusawa heads to the outback and the DJ we’ve seen on several occasions repeatedly playing a song in the wilderness. It’s now revealed who he is, but even more astounding than that is who he meets.

That’s just the opening of a great volume in which Urasawa dots all over the place. We have an emotional conversation that was needed, a look at the pressures of maintaining an evil country-controlling organisation, a view of the final prophecies in Kenji’s 1969 book, flying saucers, a bowling tournament, another dip back to the past… It’s a volume whose stories are all over the place, but all the while Urasawa is cleverly nudging the cast ever closer to being completely united once again. Also, despite the constant shifting of the viewpoint there’s a never a massive sense of frustration because we can have complete confidence in Urasawa’s storytelling abilities. He might leave a few characters in a field surrounded by a massive wall, but we know they’ll come back into sight at some stage. It’s not here, though. More than any other voume, this is a collection of short dramas.

Once again, the art is peerless. For the first time since the earliest volumes Urasawa has to show an artistic consistency between the cast as they were as youngsters, and the way they are now, yet the features render them recognisable. In fact, the cast have aged considerably since Urasawa was last drawing parallels with their youth, yet Yoshitsune on the sample art retains his perpetual downbeat demeanour.

Much of the later chapters is occupied with assorted people attempting to recall the details of a childhood incident. It’s intended as an example of indomitable spirit, of reinforcing that some people are better and more capable then they believe themselves to be, but it drags on slightly too long. The conflicting recollections are a realistic representation of age, and the incident indicative of what’s important to children, but did it really require the best part of two chapters? Still it also represents a confident writer handling it that way with the end so near.

A bombshell explodes on the final pages to take us to The Beginning of Justice. In isolation here it’s the ravings of a villain similar to many such scenes, but in the context of 21 books it’s one hell of a scene. Space aliens? Well…