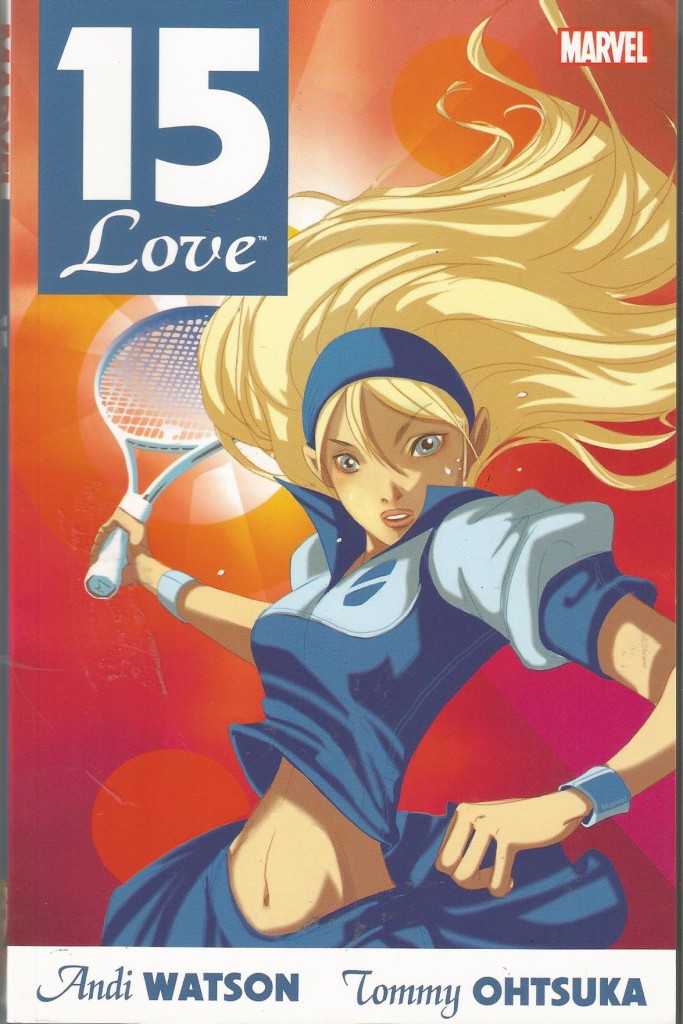 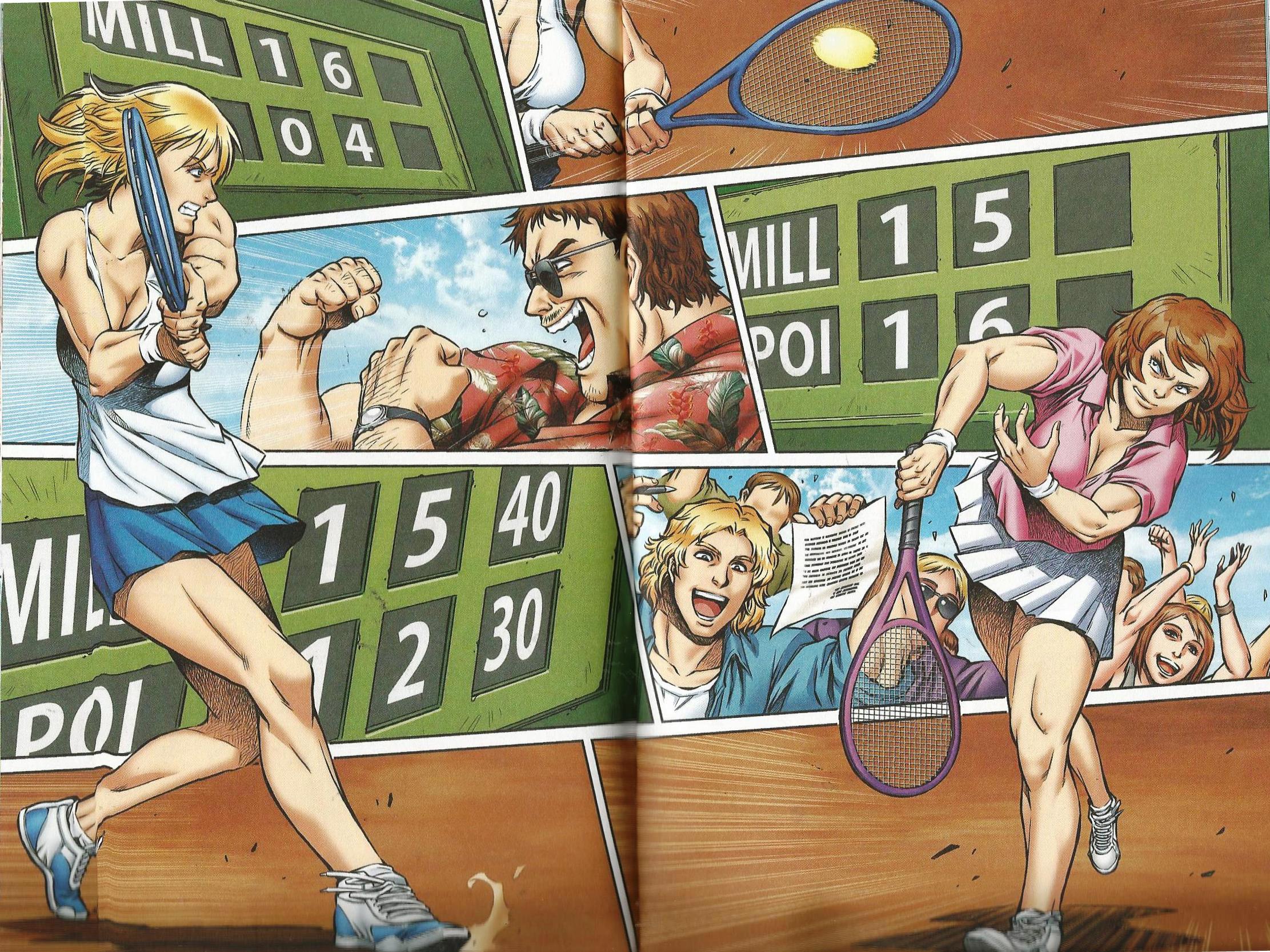 Remember Andi Watson? One of the rising stars of the latter twentieth century, responsible for Breakfast After Noon, Slow News Day, Skeleton Key, and other delightful, imaginative, lively stories?

Did you know he has a counterpart on the Bizarro World?

This purports to be a modern-day reinterpretation of Millie Collins, a.k.a. Millie the Model, as a fifteen-year-old would-be tennis champion, hence the title.

What it is, is godawful. Where it should be vivacious, energetic and light, it’s leaden, plodding, listless, the figures (even calling  them ‘characters’, invests  them with more depth than they deserve) going through soap-opera cycles without even a trace of innovation. Oh, and as a ‘bonus’, our heroine’s Aunt Millie – strongly implied to be the original Millie the Model – is portrayed as a venal, manipulative, devious ‘stage mother’. Way to appeal to brand loyalty!

Watson’s no neophyte; everything he’s previously written, even when not to all tastes, has been of a reliable and high standard, but this… There has to be an explanation, some causative factor for a synaptic misfire of this magnitude, for someone so accomplished to fall so far from his own standards.

But the credit isn’t all due to Bizarro-Andi. Oh, no. He had an accomplice.

Step forward, illustrator Tommy Ohtsuka. Ohtsuka’s gnarled, sinewy, and greasy style might have sufficed if the title had been Turkish Oil Wrestling Funnies, but 15 Love  is presumably intended to appeal to teenage girl readers. In reality, it’s virtually impossible to conceive of this appealing, to anyone much.

With another artist – Watson himself, for example, who’s no slouch with a pencil – 15 Love might have aspired to the dizzying heights of blandness. Instead Ohtsuka’s peculiarly muscular portrayal of the protagonists, who are all seemingly 15-going-on-45, and adept at presenting the reader with gratuitous up-skirt shots, actually makes it skeevy and offensive.

Why was this reinvention even deemed necessary? Just two years prior, we had a ‘reimagining’ of Millie the Model in the delightful Models, Inc., updating Ms. Collins and co., integrating them into the Marvel Universe, and bringing us laughs and action aplenty. It was fun, engaging, and visually competent, everything 15 Love isn’t. So what possessed them to recast the franchise in such an unappetising manner?