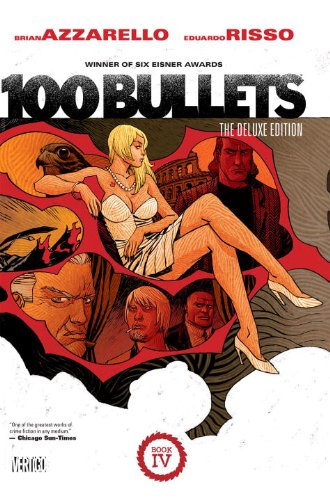 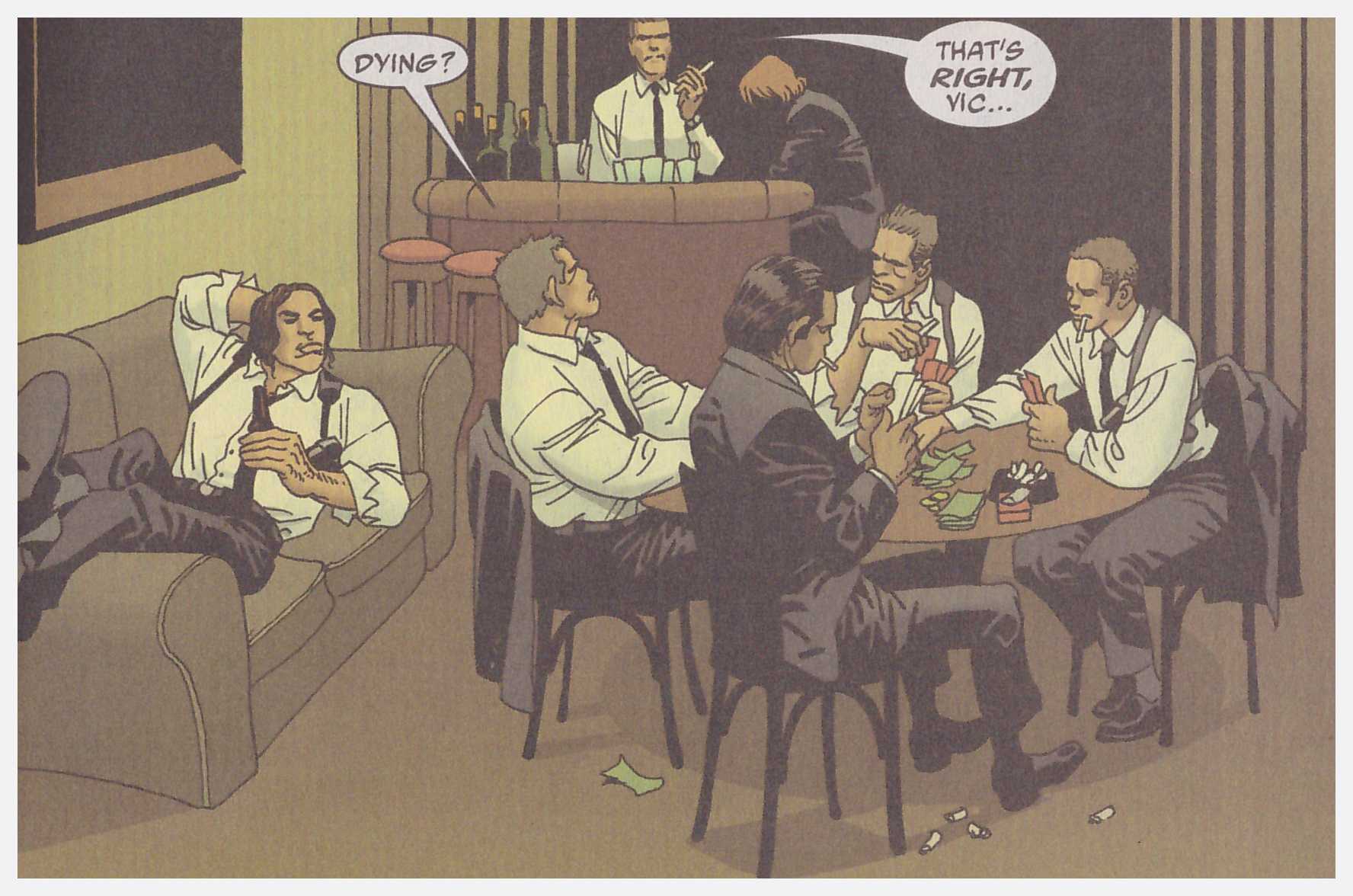 It’s always been known that 100 Bullets was to be a series of limited duration, and the cast of a crime story don’t generally measure their lives in decades, yet seeing one of them not make it past the third of these five hardback volumes was a considerable shock. That’s fine writing.

Much is now clear about our primary cast. Most were once Minutemen, although this knowledge has required awakening for them. Their task was to enforce rules that prevented any of thirteen families united as the Trust taking advantage of the others to increase their power base. Any infringement resulted in instant and deadly retribution enforced by these Minutemen. The time came, however, when those uniting as the Trust considered they’d be better off without an independent system of checks and balances.

To this point we’ve not yet been introduced to all the former Minutemen, but we’re familiar with the full complement by the conclusion, and they’re all more or less the men they used to be. They’re also gradually forming into alliances, and while these may yet turn out to be built on sand, there are three loose groupings to take us into book five. These incorporate latter day cast members coached by Graves and Shepherd, Dizzy Cordova and Loop Hughes.

Brian Azzarello starts this book by introducing yet another memorable monster, Spain, violent, amoral and impulsive, and ends it with another surprise departure. In between we’re re-introduced to the idea that began the series: Graves presenting his attaché case with a hundred untraceable bullets. Those wondering about the circumstances permitting this largesse will discover how it’s achieved in volume five.

We also have problems in a Cleveland meat plant, plenty of intrigue among members of the Trust, whose lifespan increasingly appears to be limited, a set-to between Lono and Jack, and an extended sequence set in Mexico that’s among the finest in the series to date. Amid the machination Azzarello supplies his usual sharp morality plays about the little guy caught in circumstances they believe they control. Will this be the book when one of them escapes their pre-ordained fate?

Those on a budget can locate the same content as the paperback publications Strychnine Lives, Decayed and the first two-thirds of Once Upon a Crime, but if you can afford this oversized hardcover, it far better displays the glory of Eduardo Risso’s art.

There’s long been debate about whose is the most critical contribution to the collaborative medium of the graphic novel, the writer or the artist. There’s absolutely no doubt that the art makes the initial impact. Azzarello’s scripts have been wonderful, but would as many people have picked them up had they been drawn by Fletcher Hanks? Anyone can look admiringly at a page of Risso’s perfectly composed art, with its impeccable delivery of character, mood and setting. Conversely, as stunning as the art is, how many people would continue to buy Risso’s interpretation of some of the really shoddy superhero material over the years? In his introduction to the final 100 Bullets graphic novel, Azzarello notes his name will be forever linked with Risso’s. Is that any bad thing?