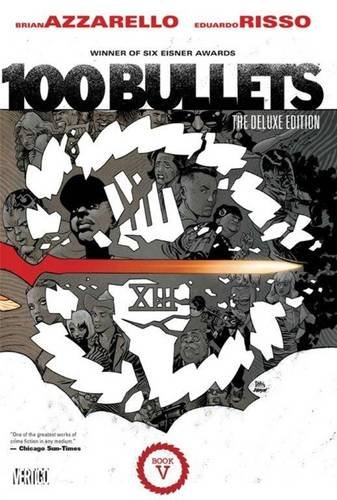 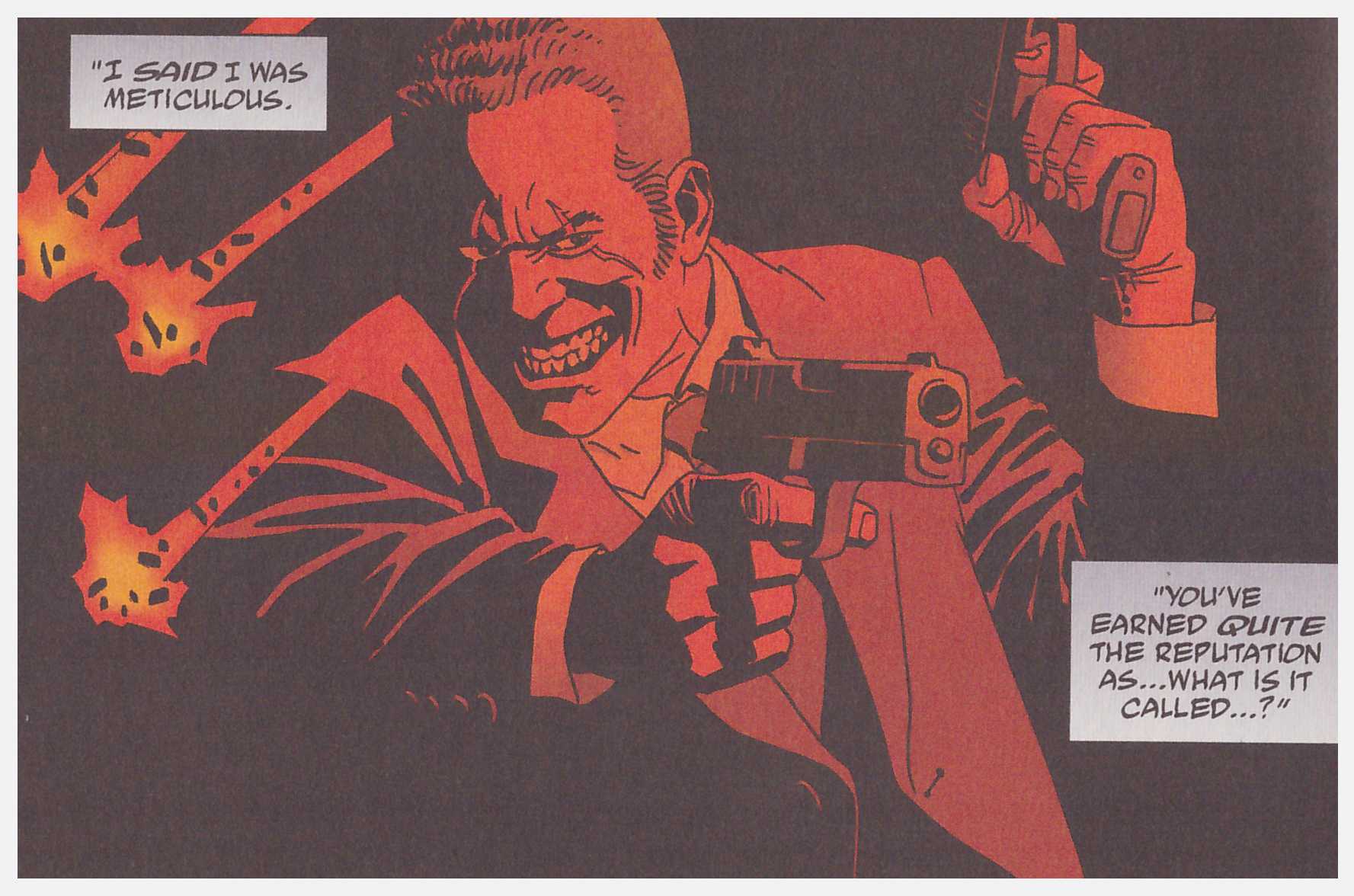 There’s an odd occurrence midway through this final collection of 100 Bullets in oversize hardback format: it slips slightly off the boil. This is only for a few chapters of the twenty printed here, and the others more than compensate, but it’s strange.

100 Bullets has expanded greatly from the original premise of someone being handed a hundred untraceable bullets and evidence that someone had wronged them. A hereditary organisation called the Trust is revealed to control much behind the scenes. To keep the thirteen families involved from coveting the wealth of their partners, an independent organisation named the Minutemen was set up to exact immediate and terrible retribution should this occur. The troubles besetting the series began when a decision was taken to disband the Minutemen.

We’ve now been introduced to all former members, and along with the key latter-day cast they’ve shifted into a trio of loose alliances, although that can change. And not all have survived.

With the exception of the mid-book slump, Brian Azzarello follows the pattern set to date, a combination of looking in on the machinations of current Trust families, the doings of the Minutemen, and those caught up in their plots. It’s the latter element that provide the most compelling emotional response, the people who’re unaware of what they’re letting themselves in for. The most dramatic example here is a school kid working a drug corner, which is horrific enough, but he’s then given a gun and told to shoot a rival.

The final third of the book is non-stop, high-octane, page-turning, gut-wrenching, full speed ahead compulsion to the inevitable final holocaust. Manipulators discover they’ve been manipulated, the corpse count is high, and elements previously revealed in part have a significance underpinning the entire series.

As he has been throughout, Eduardo Risso is again superb, and the reason that, if you can afford it, it’s worth investing in these oversize collections that better display his mastery. The alternative would be the individual paperback collections Once Upon a Crime, Dirty and Wilt. Almost any page opened at random is going to deliver something of note, as Risso characterises his cast so well. He stays just the right side of cartooning, but study the remarkably characterised faces of the younger cast members for just how few lines are required to supply them.

Risso’s equally good at setting the scene for the past, upon which much turns here. An early sequence shows how Shepherd was recruited as a Minuteman, and what he’d been up to beforehand. It’s cleverly scripted and illustrated, supplying all the clues required to identify the who, how and why not spelled out.

For anyone who’s read 100 Bullets this far, the only disappointment is going to be that it’s finished. Those wanting more could investigate Brother Lono, in which the creative team reunite five years later for a further look at a popular member of the cast. 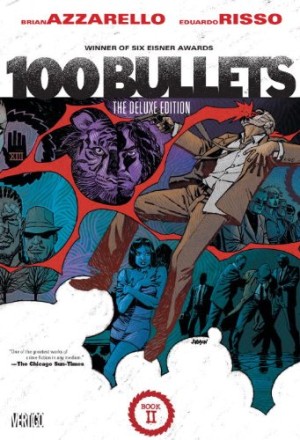 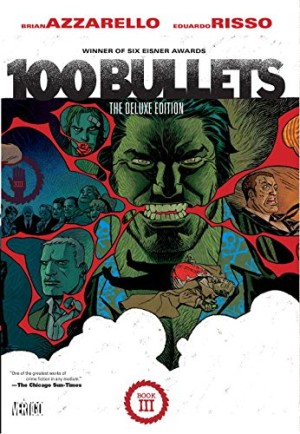 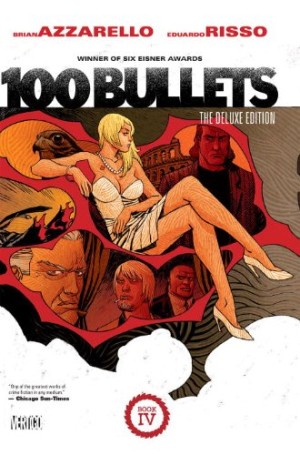