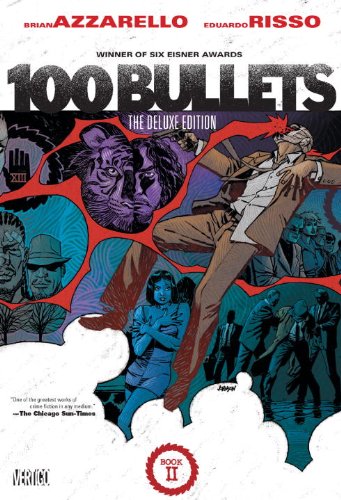 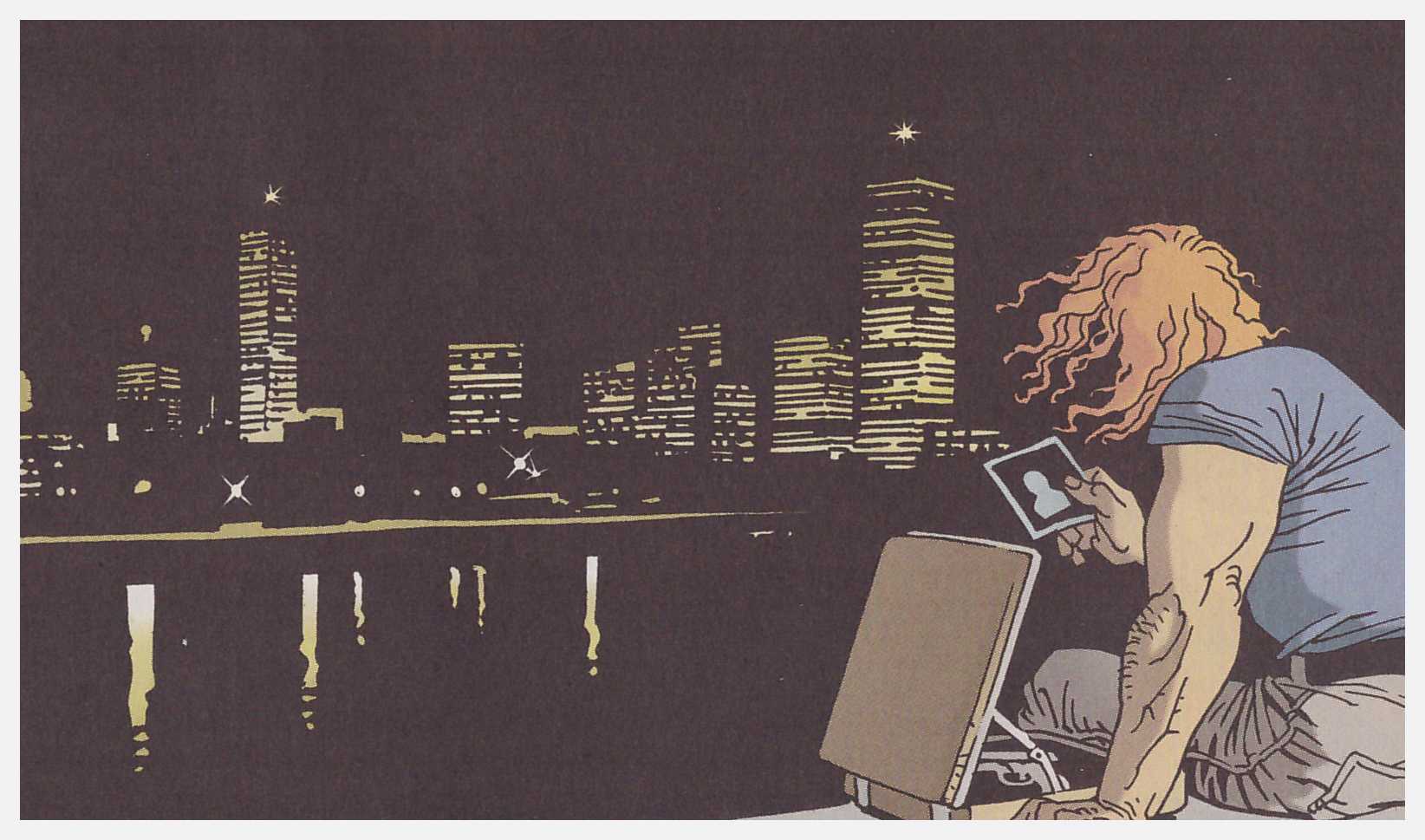 You could buy the content here as the paperback collections A Foregone Tomorrow and The Counterfifth Detective, but unless it’s a matter of price, why would you want to? Eduardo Risso’s art is so good that enlarging it to the oversize format used for these hardbacks isn’t the slightest detrimental, and that’s not a comment applying to everyone whose work is presented at a larger size.

The longest tale here, closing the book, is almost a crime noir pastiche, and Risso achieves the triumph of characterising a man whose face is covered with bandages most of the time. He manages this via pose, or the occasional close-up on the eyes. As is fitting when it comes to a series about crime, Risso is a master of deceit. His backgrounds are often extremely simply constructed, yet give the impression of great detail. There’ll be a couple of dozen strokes of white on the black and voila! There’s Boston at night from across the bay.

Much of the background to 100 Bullets is laid out here. We learn about the Trust, and about the relationship of many of the characters we’ve met to date. Many were once part of a group called the Minutemen, who had a very specific task and the skills to carry it out. When circumstances changed they had new identities created for them, and they’re now settled within that cloak with no knowledge of their past. When that’s revealed, most willingly re-embrace it, but one of the questions posed here concerns someone comfortable in their new skin with no particular desire to return to old ways.

Perhaps Brian Azzarello should be given even more credit for the variety he brings to his crime writing. In addition to the full-on noir pastiche that becomes the most confusing story to date, there’s the partial comedy of a trip down to Mexico, a tale tying Agent Graves into the Kennedy assassination, largely set in the 1960s, and a portentous conversation in the park opening the book. The script for that conversation between Benito Medici and Shepherd is a bonus feature, so the magic is revealed. The important material for the series as a whole is the conversation, but that on its own might be perceived as dull, so Azzarello constructs a minor turf war to counterpoint it. It’s a method worked on a larger canvas later as Benito is in Atlantic City and manages to hack off a desperate, pugnacious and persistent man.

This collection also includes the one tale to date that doesn’t quite meet the standards attained so far, but at only three chapters of seventeen where the character doesn’t quite ring true hardly indicates a bad book. That introduction of Jack Daw has later repercussions and he returns in better material in the next volume.