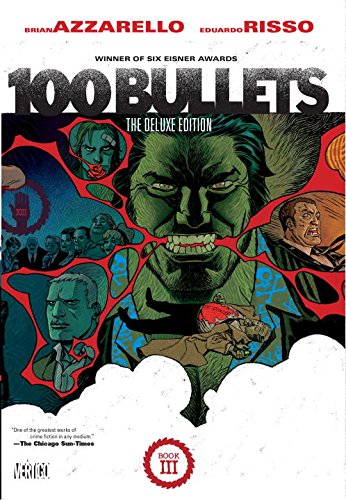 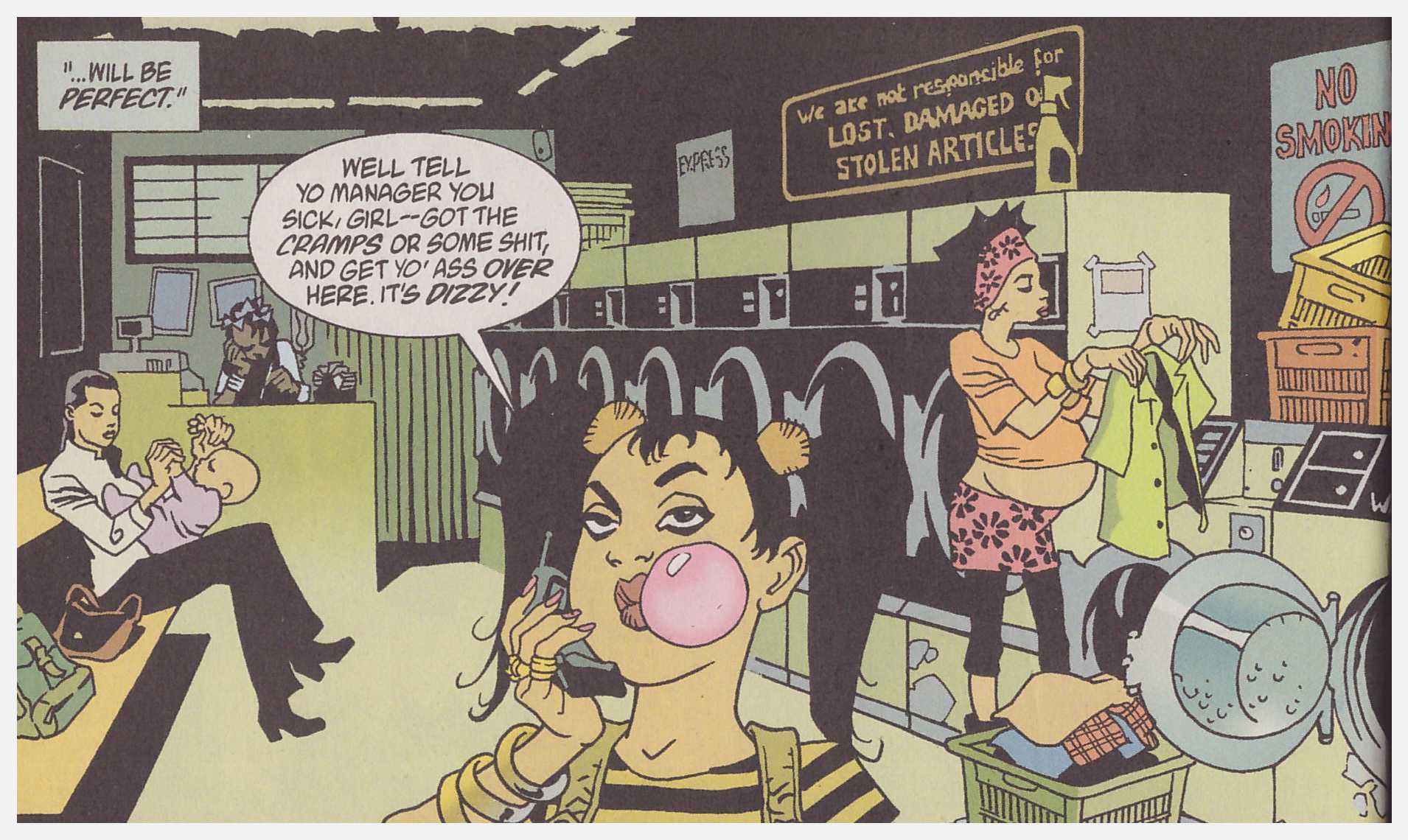 Much ground is covered in this oversized hardback.

We’re in New Jersey, New York, New Orleans, Seattle, Chicago, Pittsburgh and Miami. We’re in jail, in jazz clubs, in a zoo, in hotels ranging from the fleapit to luxury, on the end of a job gone wrong, several in fact, and a dozen bars. We’re with a lottery winner, a guy who scares the shit out of lurking hitmen with a glance, a psychopath, a manipulative genius, a musical genius, a wayward heart, a killer with a death wish, and a dutiful, but frustrated son. Most of all, though, we’re with an incredible writer and fantastic artist.

This can also be bought as paperback volumes Six Feet Under the Gun, Samurai and The Hard Way, but unless cost is an issue why would you want to? Surely 100 Bullets is a keeper, and these hardbacks validate a bookshelf as well as displaying Eduardo Risso’s incredible art to better advantage. Is there anything that man can’t convince us is real?

One Wylie Times features prominently in the latter half of the book, but to begin with he’s another man scratching a living in a small town. When we first see him it’s in his fleapit motel room, filthy and displaying the detritus of the idle single male. The gas station in which he works is only slightly more salubrious, yet Risso is equally persuasive when displaying the elite dining in Seattle’s space needle.

During the course of the previous volume Brian Azzarello unwound considerable aspects of why it is that former friends are now either without memory, or at each other’s throats, and a brief interlude here takes us back centuries to the founding of the Trust. That’s one of seven shorter pieces opening the book, each a tightly plotted gem looking in on one of what’s become a substantial ensemble cast.

While his introduction in the first 100 Bullets hardback was a landmark story, the impression given was that Loop Hughes was a one-off character, yet he returns here, revealed to have a bigger purpose in an equally fine story.

The longest tale provided is a tense and compulsive throat grabber. Several of the cast are now in New Orleans, where Wylie and Dizzy witness a particularly unpleasant murder, but are too distant to prevent anything. This is during a time of great personal confusion for Wylie, struggling with his conscience and his identity. Although occupying eight chapters, making it the longest 100 Bullets sequence to date, it never seems stretched or forced. Azzarello supplies a compulsive reason for Wylie’s torment that ties into much of the troubles the cast are experiencing, and closes with one shocker of an ending.

100 Bullets is excellent throughout, so this would be no exception.