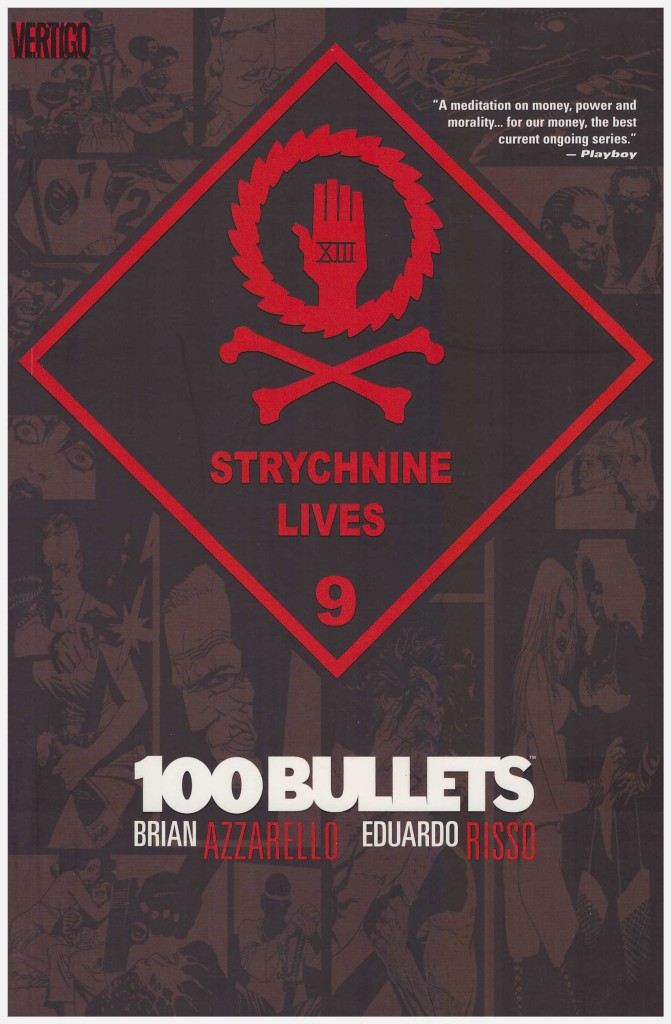 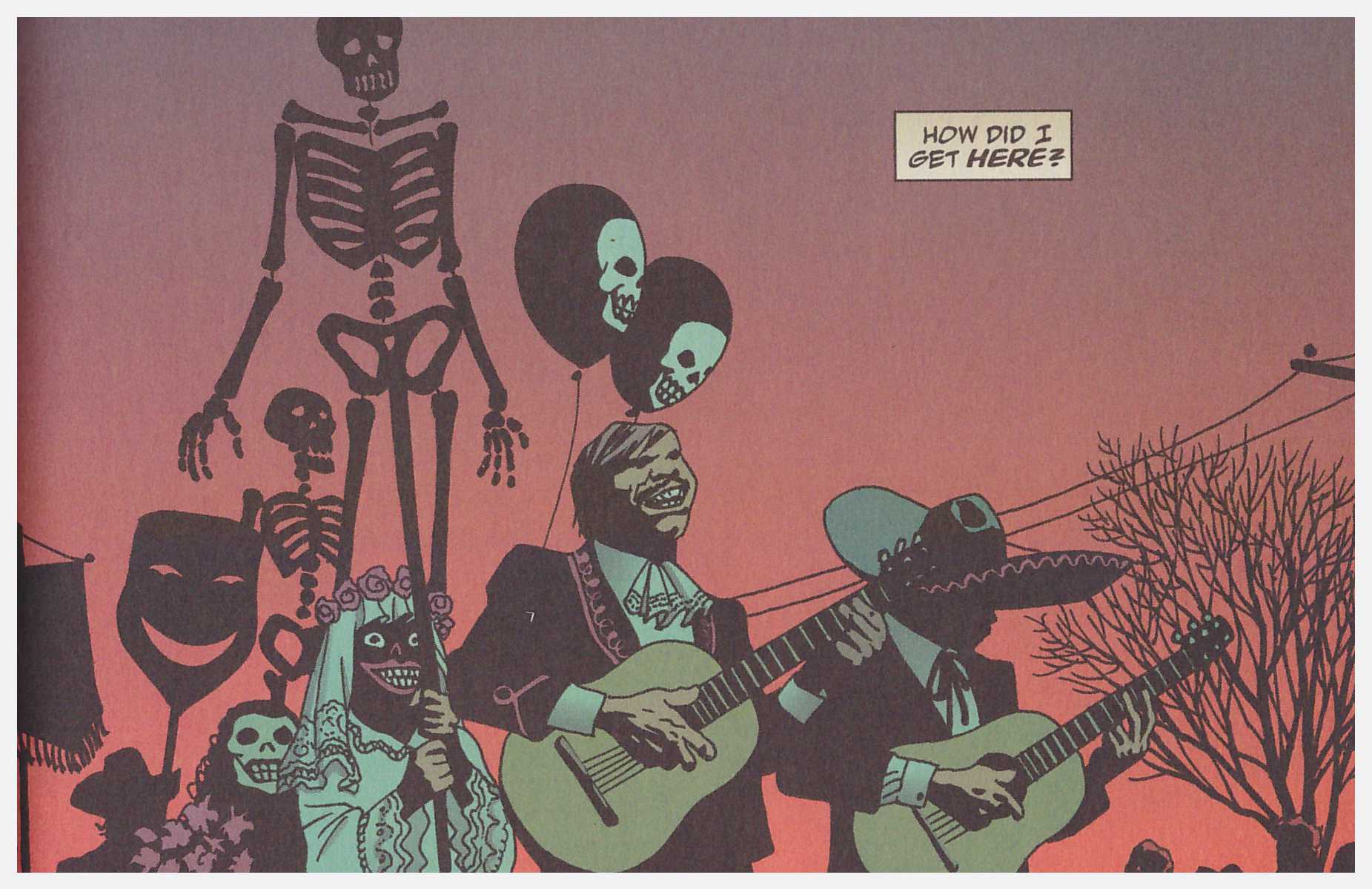 Anyone remaining to be convinced what a writer Brian Azzarello is should check the opening chapter here. It’s sordid, offensive and sleazy. It’s also compact, creative and clever. Much has changed for Loop Hughes since his introduction in volume three, which initially seemed just another of Azzarello’s extremely accomplished crime stories presenting a downward spiral and manipulation. He’s now back at large, and so is Lono, here shown at his absolute worst as they pick up another one-time Minuteman Victor Ray. This is counterpointed by an unknown desperate man with a gun making plans. It’s a simple story, but tells you everything you need to know about the three featured characters.

The dialogue, here, as in later chapters is breathtaking. Azzarello continues a line out of one scene into another with both being appropriate, and his ear for vernacular is astonishing. Better still, there’s a self-awareness about it, and Azzarello’s not afraid to undercut himself, with the response to one particular piece of pompous bravado of the type frequent in the series being “That’s the most nihilistically romantic hunk of shit I ever heard”.

Meetings are the focus of the opening chapters, as Azzarello moves his characters in and out of the same locations, often simultaneously. Pretty well everyone who counts in 100 Bullets (and remains alive) is seen in Strychnine Lives, and most are involved in a very deadly life-threatening game of chess. Auguste Medici’s plan to move the Trust in a different direction has various factions aligning, but the loyalties of few are clear.

Much of this volume references or expounds on previous sequences. Jack Daw continues his self-destructive path, Lono has a new role, Cole Burns wants something sought by others in The Counterfifth Detective, Benito Medici continues his slow burn, and Wylie Times still bends with the wind. We also have the customary story of a sad sack caught up in events beyond his comprehension as a new threat arrives in Miami. Azzarello delivers this style of story so perfectly, twisting the emotional responses for someone the reader knows as doomed pretty well as soon as they set eyes on him. Perhaps this is the one time they’ll avoid their seemingly inevitable fate.

By now we should be well used to the bar scenes meticulously constructed by Eduardo Risso, his seemingly effortless characterisation, his decorative settings and his flawless action. Yet every few pages there’s a visual that can still astonish: a moonlit dinner by the pool, the random chaos of a quick trigger finger, the horror of Lono in action, or a Mexican carnival stall. A new character, previously mentioned, but never seen, is introduced here, and Risso ensures Spain is instantly memorable despite the dozens of cast members already in play.

The volume concludes with an interesting standoff in the desert not resolved in the following book Decayed, but the aftermath is in the opening chapters of Once Upon A Crime, and included with this book and the next in the oversize hardback 100 Bullets Deluxe Edition book four. 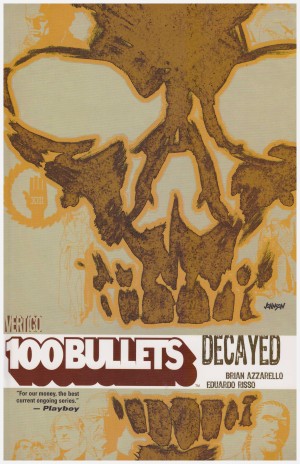 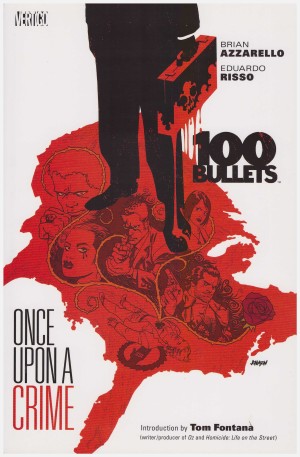 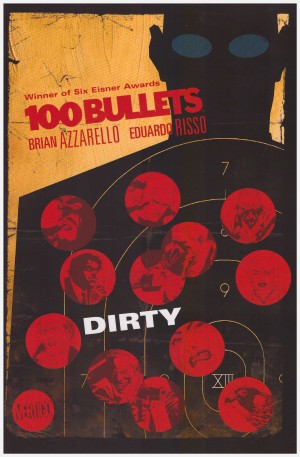 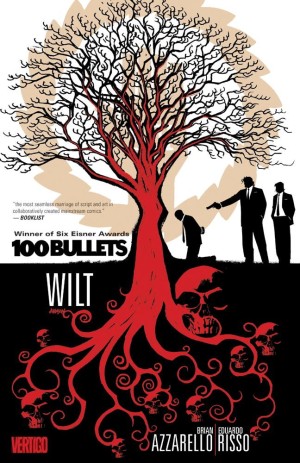