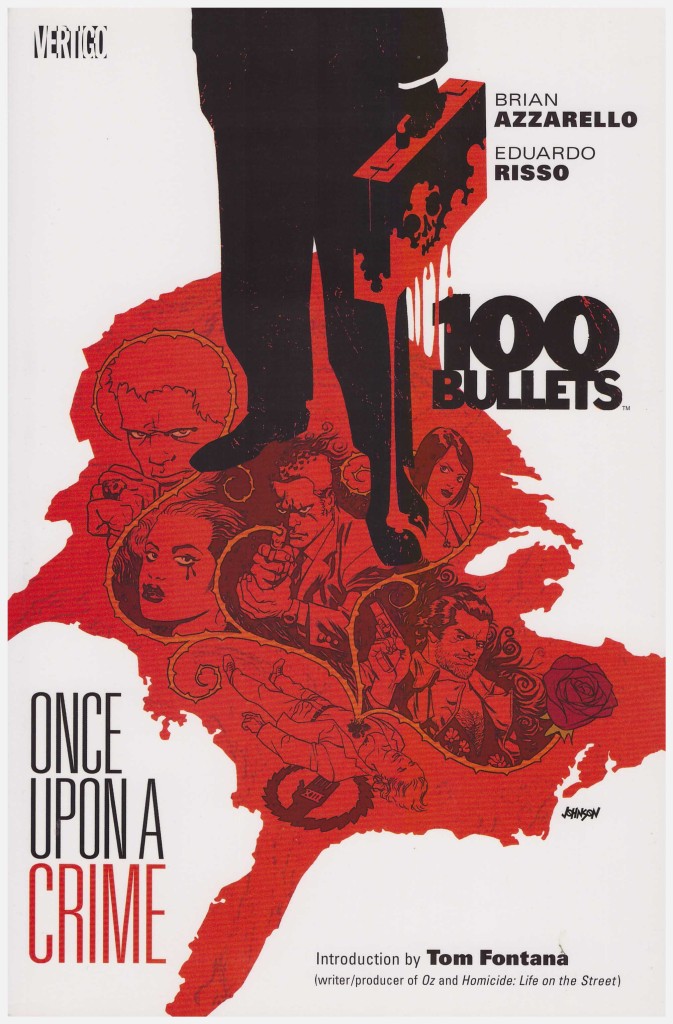 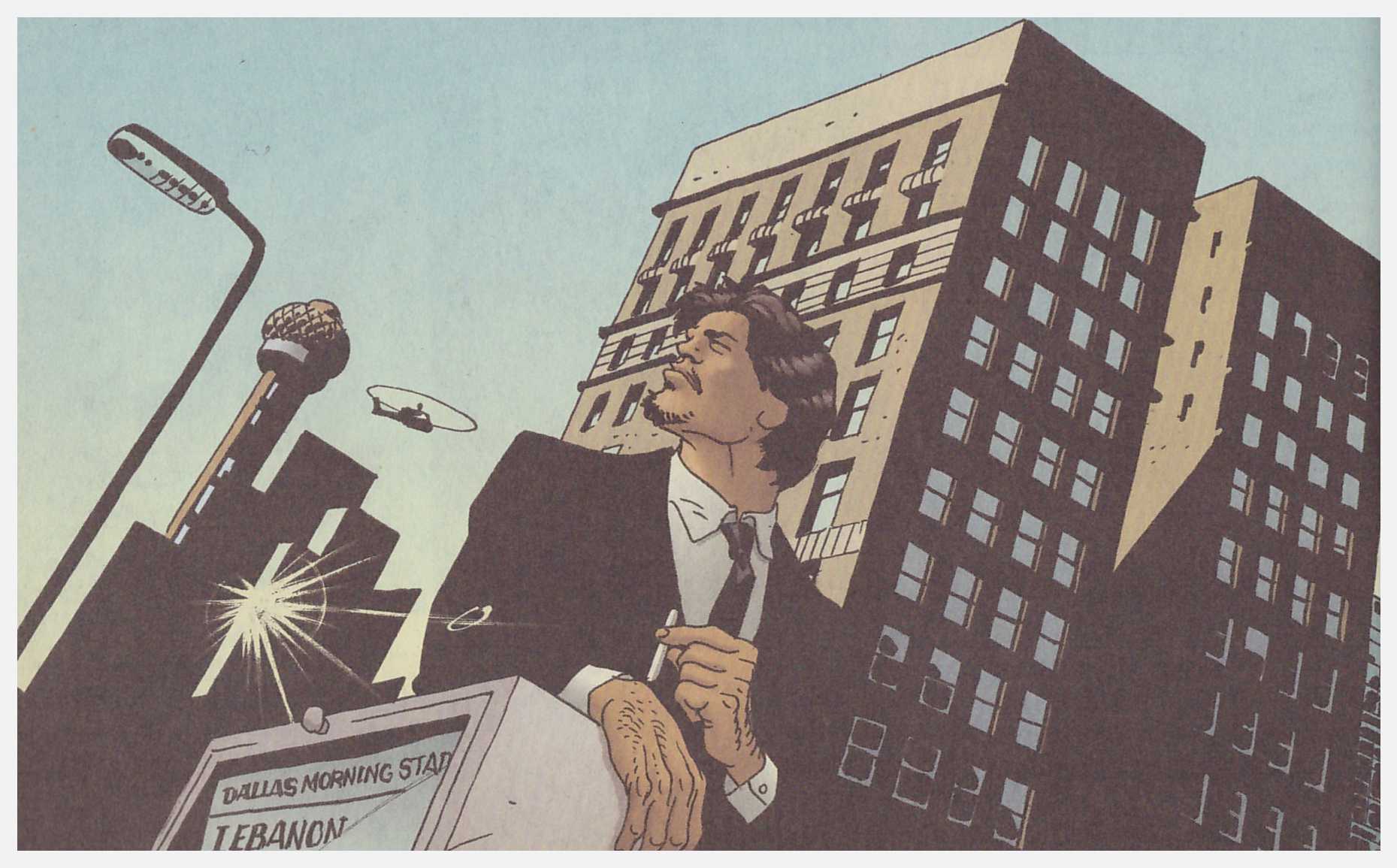 A joy of the greatest crime narratives, whether on screen or on the page, is the sheer bravura of excess. We suppress the nagging conscience that would have us believe throwing someone from a 20th floor window is wrong, knowing if most of us witnessed it in reality it would be a pants staining moment. Instead we revel in the depiction of appalling death played for laughs as what’s now a corpse lands. Shed no tears, the deceased had more than enough blood on their hands, and it’s a fine start to another fine volume of 100 Bullets.

The opening pages mop up, in unexpected fashion, the standoff that concluded Styrichnine Lives, and elsewhere the remaining major characters have gathered into two further groups. It’s dangerous times for the former Minutemen, as one of their number, having given considerable consideration to the matter, has come to believe that they’re being manipulated, knowingly or otherwise.

It’s become a characteristic of the series that nothing can be taken at face value, even among those who appear to be friends. It’s also apparent that much leads back to a scene from the past that’s been repeated in several volumes starting with the second, each adding slightly more to what occurred, yet never revealing the most significant aspect.

Two entwined narratives see out the remainder of the book. The action element is supplied by Ronnie Rome, with Brian Azzarello resisting what surely must have been a major temptation to draw allusions between his name and the location in Italy where he’s been sent to retrieve a painting. Yes, the same painting that’s already been the subject of considerable attention in previous books. The counterpointing element is squarely focussed on Shepherd, as his recruitment by Graves and his younger days come under the microscope with some considerable surprises. This is one of those tales Azzarello delivers so well, not spelling out all the answers, but ensuring they’re all present for those who connect the dots. The tale also, to some extent, explains the presence of Loop Hughes in 100 Bullets. There’s been no questioning his value as a character, and his introduction was a series highlight, but the reason for his presence in the bigger picture has remained elusive.

The Mexico-based opening tale is collected with previous volumes Decayed and Styrichnine Lives in the fourth oversize hardback 100 Bullets Deluxe Edition. The remainder occupies the fifth hardback book along with the following Dirty and Wilt.