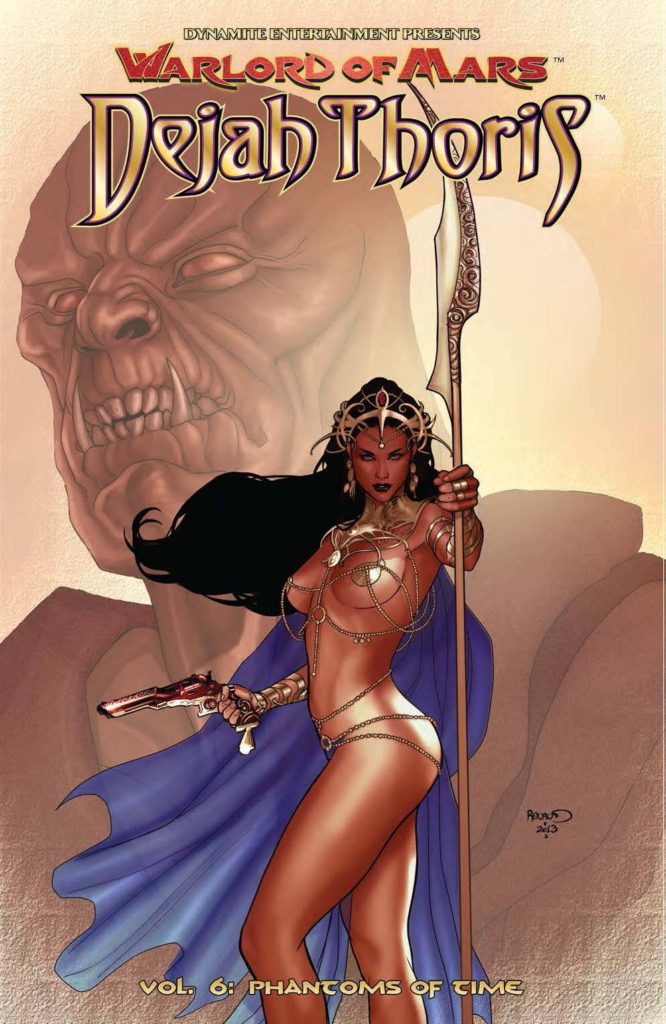 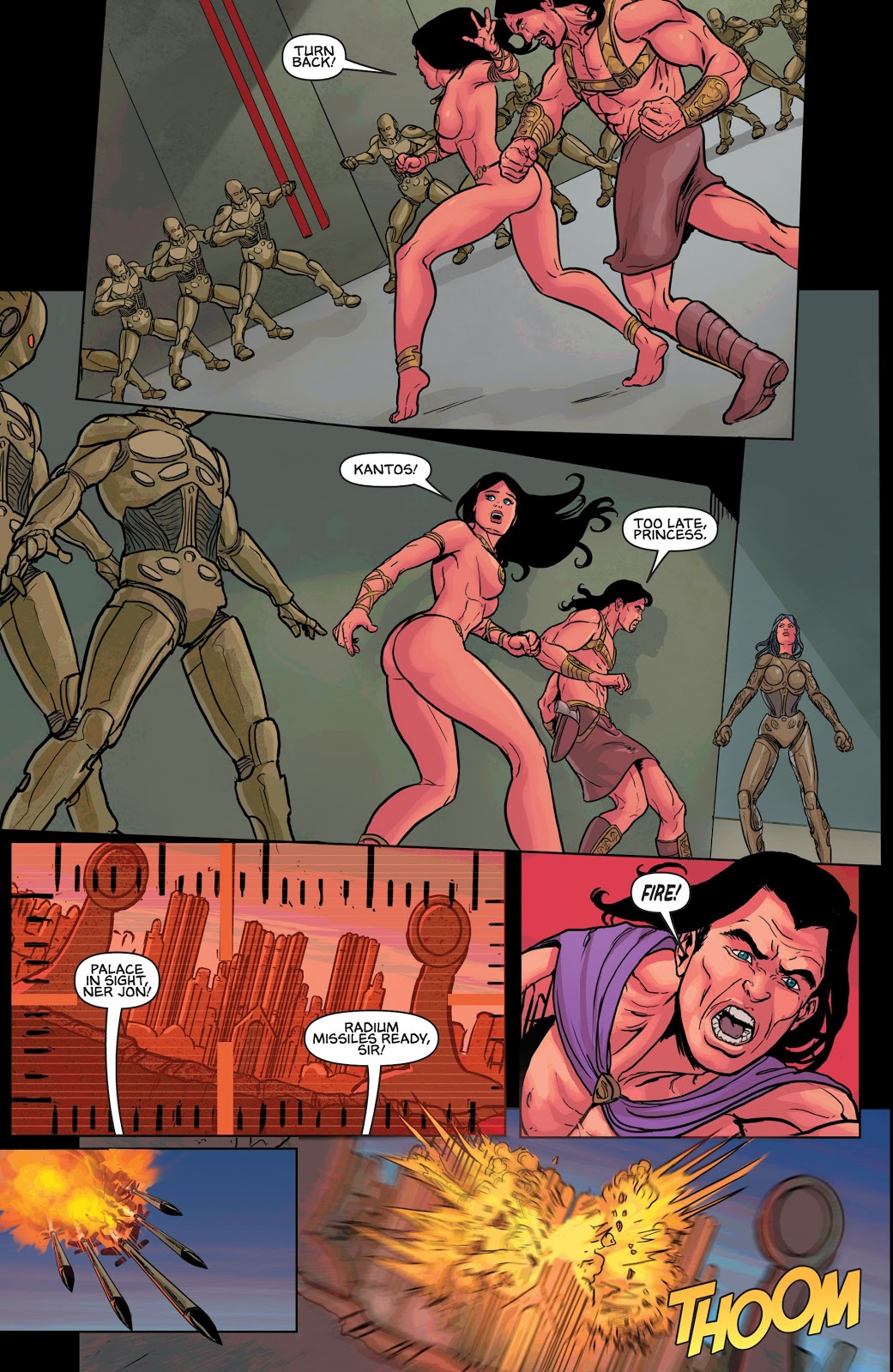 There’s a look into Dejah Thoris’ past in the opening chapter, and Robert Place Napton has conceived an interesting method of revealing it. However, it’s illustrated by Debora Carita, whose artistic deficiencies are worse on this story than they’ve been in previous collections. A superficially attractive style has nothing beyond to recommend it. Surely even the people just here for multiple pictures of near naked boobies, and let’s presume that’s most, can see how badly drawn those near naked boobies are, not moving as they would on a person. Beyond that the people are strange, flat and distorted. The bad news is that Carita draws all but one of the six episodes included here.

The exception is regular artist Carlos Rafael illustrating the single chapter title story of Dejah on an archaeological dig with her old teacher. Skullduggery abounds as tomb robbers enter the equation. Until the final pages it’s a predictable parade of threats, heavy on movie influences with some Indiana Jones here, and some Harry Potter there.

Once that’s settled Napton moves to the threat from Rise of the Machine Men, as Mortus has big plans and they’re not in Barsoom’s general interest. As in previous books, there’s little subtlety about the way Napton foreshadows, instead tending to telegraph. There’s a long scene during which Dejah is shown newly devised invisibility technology, but which leads to nothing else. Napton might as well have ended with a caption noting it’ll have later repercussions. For the finale Napton sets up an interesting problem, as the forces of good are very vulnerable on the ground, but bombing cities from the air will result in the deaths of many innocents. In places the plot sparks into life, but they’re rare, and the remainder is to a template. Perhaps it might have convinced if drawn by Rafael rather than Carita, but it is drawn by Carita.

The next volume is Duel to the Death, concluding the series, although alternatively both of them and the previous two Dejah Thoris collections are combined for the second Warlord of Mars: Dejah Thoris Omnibus.