Warlord of Mars: Dejah Thoris Vol. 7 – Duel to the Death 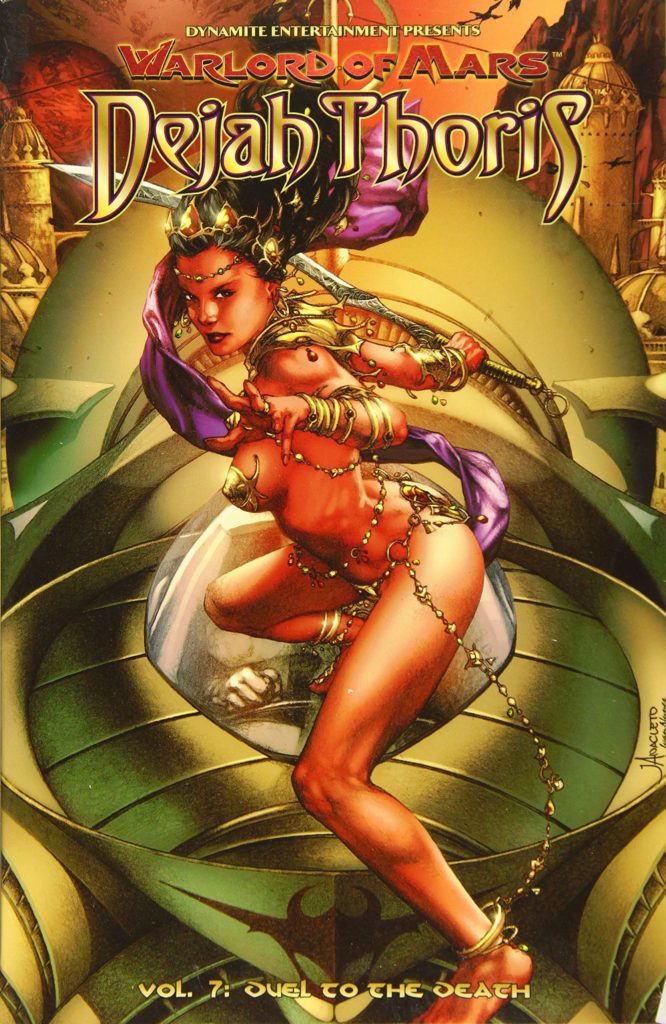 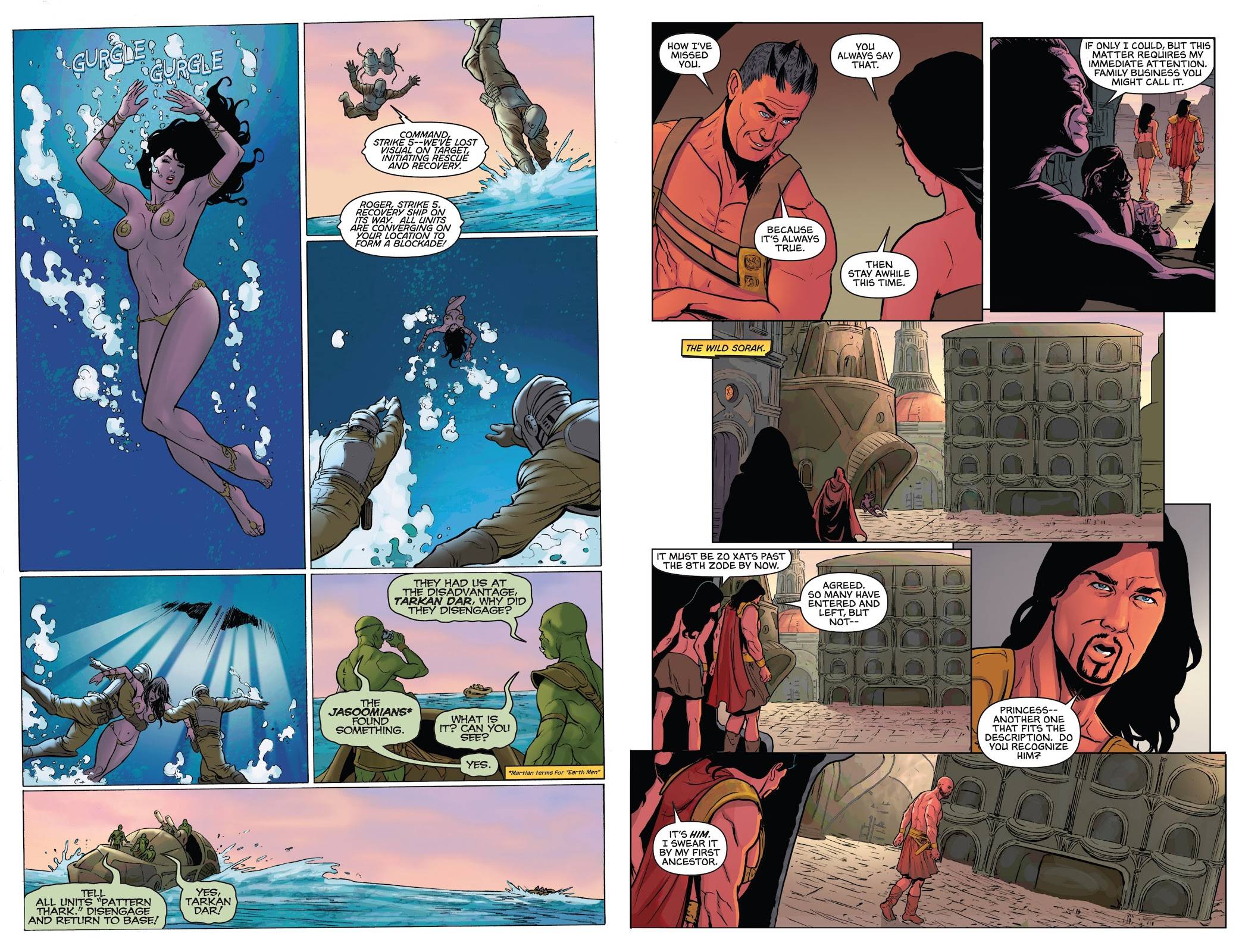 In the final Dejah Thoris graphic novel, at least for the Warlord of Mars series, Robert Place Napton returns to several people or ideas he’s introduced earlier in the series without definitively resolving them. The time machine that seemed a throwaway device in Phantoms of Time’s title story returns in the opening two-parts. There’s no point in showing a time machine if it’s not used, and Dejah Thoris is catapulted a thousand years into the future. It’s an era in which there’s a Dejah Carter, an integral part of the Martians resisting an invasion from Earth.

With Carlos Rafael drawing the opening two chapters all is well with the world. The artist who began the series uncertainly, but with definite talent, has blossomed into a very good fantasy illustrator. Unfortunately five further chapters follow, and Debora Carita hasn’t blossomed over the series from an awkward first assignment in the same way. She puts effort into the scenery and locations and her faces are good, but all too often she still has a weird idea about how the human body is put together, which is a fundamental problem when the lead character is an objectified, near naked woman.

The time machine opens a portal to an interesting future that will have even greater appeal to followers of Edgar Rice Burrough’s original John Carter material, and the five episodes featuring the machinations of Dejah’s vengeance-driven brother Kajak twist around professionally. When introduced in Rise of the Machine Men, Kajak was a contrived character whose motivations didn’t withstand much thinking, but his use here transcends that introduction. The ending may be divisive. It can be seen as a neat nod to Dejah’s creator Burroughs and his pulp world as the series finishes, or it may be seen as trite and too convenient. Whatever the feeling about that, Napton’s plots here are stitched together better than his previous stories, delivering an excitement and suspense those often lacked. Had Rafeal drawn more of it, this would be the best of the seven volumes.

Duel to the Death is collected along with the previous three volumes in the second Warlord of Mars: Dejah Thoris Omnibus.