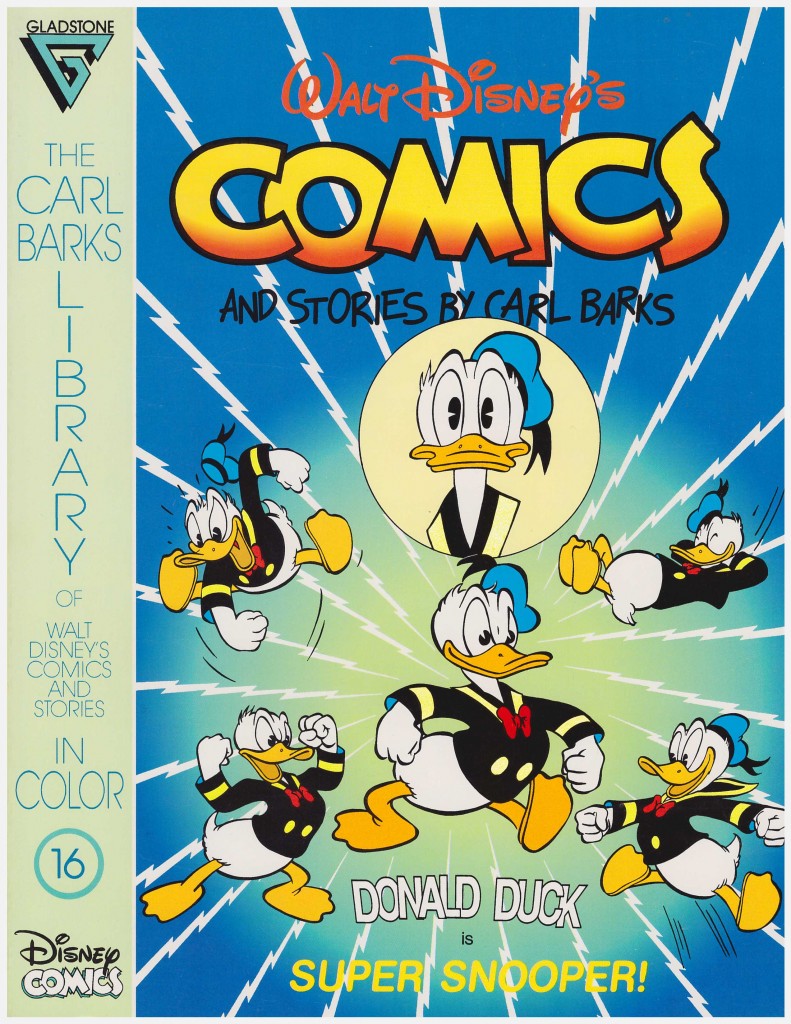 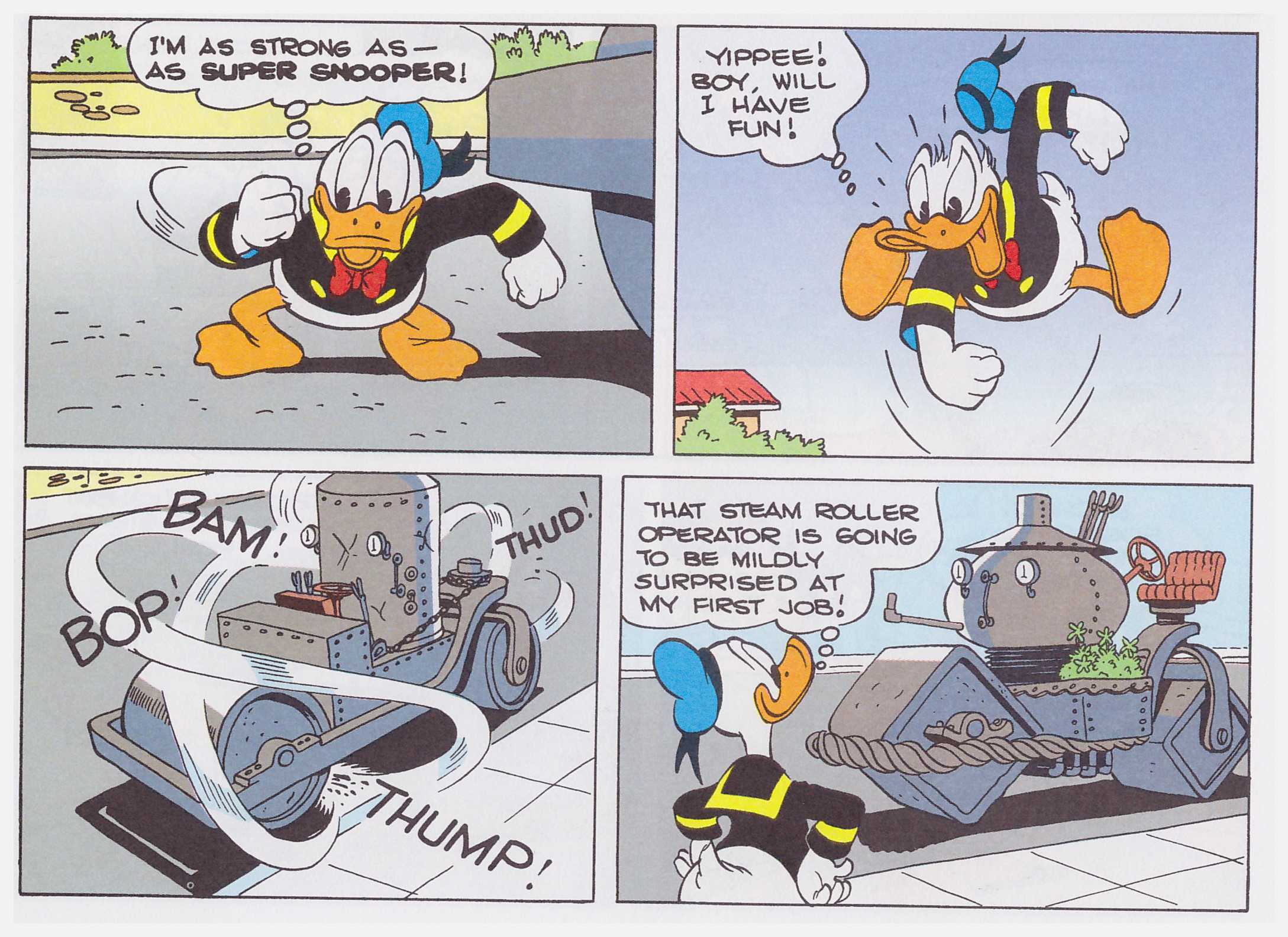 By 1948 the editors of Walt Disney’s Comics and Stories recognised Carl Barks as their premier contributor, yet despite Barks’ ten page duck stories leading off the comic, Walt Kelly was consistently preferred as the man to produce a cover gag featuring the same characters. It took until 1948 before Barks was considered capable of stepping up, and then only sporadically. An article spotlights his first four commissions.

The strips reprinted here originally graced issues of Walt Disney’s Comics and Stories in the final six months of 1949. Barks was in his groove, and all are brilliantly drawn and gag-packed, although the opener has what was at this stage in his career, a rather predictable ending. That story was Barks’ comment on superhero comics. Donald objects to his nephews wasting time reading about the exploits of Super Snooper, before briefly becoming super-powered himself. In 1992 Don Rosa produced a sequel that actually tops Barks by virtue of a more inventive plot (it’s found in Treasure Under Glass). In 1949 there were laughs enough to be had just by showing Donald enacting super feats.

Donald’s rivalry with Gladstone manifests again in the two final stories, one in which Gladstone is the park ranger with bears on the loose. Slightly better is Daisy breaking up with Donald again and throwing his love letters after him as she evicts him. Reading through them again, Donald is embarrassed by their saccharine tone, and if there’s one person he wouldn’t want seeing them it’s Gladstone. Doh! Barks delivers a desperate pillar to post chase with a satisfactory ending.

There’s always a sense of unease when other animals intrude into the ducks’ world, particularly in the form of food. One story is set around the idea that frog legs are a delicacy, and there’s even a brief mention of cannibalism, an odd intrusion in a Disney comic anyway. It takes a fine twist into unpredictable territory, as does the remaining story in which Huey, Dewey and Louie go water divining. Barks has fun with Donald sabotaging their enthusiasm before becoming a believer.