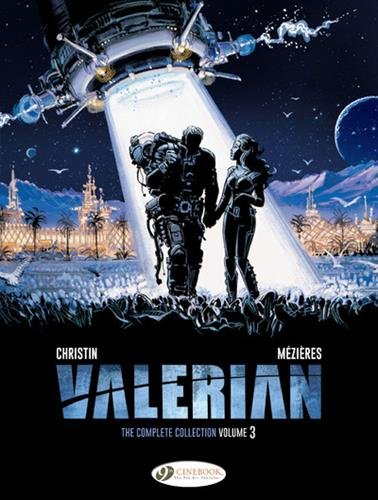 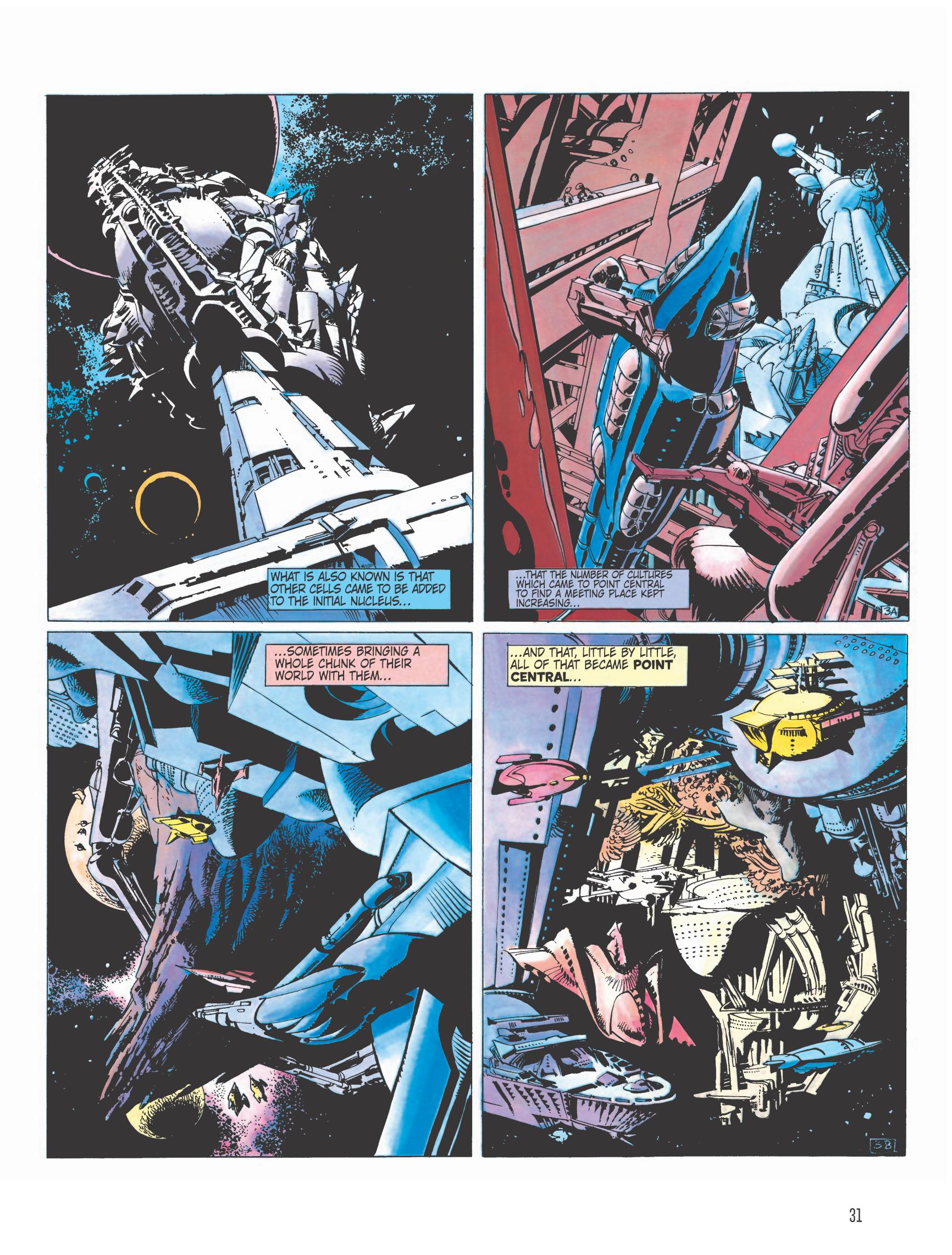 This third hardcover collection of Valerian and Laureline begins to present the best of the series, and as most stories are self-contained to this point, for anyone wanting to sample after seeing the film, this is a better bet than volume one. It showcases the versatility of Pierre Christin by presenting three totally different science-fiction themed tales, and it opens with Ambassador of the Shadows, the book on which Luc Besson based his 2017 film.

It’s an interesting exercise, not least for constructing a complex story with no real villains, and presenting humans in a less than positive light. Point Central is a sort of pan-galactic United Nations (or the later Babylon 5), and Earth is just about to chair the council for the first time. Valerian and Laureline are charged with protecting the human ambassador, but fail at the first hurdle when he’s abducted. In the concluding part of the interview with the creators and Besson preceding the story content it’s noted that Valerian and Laureline aren’t traditional heroes who solve problems with fists and guns. Their approach is to talk and comprehend and Pierre Christin considers ‘otherness’ as the key term applicable to the entire series. Nowhere is this better exemplified than in Ambassdor, where the solution lies in guile, understanding and compassion. It’s also the single best volume when it comes to admiring what Jean-Claude Mézières can create. He rejoices in providing what seems like hundreds of different aliens, some quite bizarre and original environments and some amazing architecture. Just look at the mash-up of living quarters on the sample page.

On the False Earths is equally good, but better read after at least one other Valerian and Laureline adventure, so well placed as the central story. It’s a real step forward in approach. While the series was always creative, this was the first story created in the wake of an SF comics revolution in France. Christin took it all in, processed it, and generated his version of the new world. There’s a greater use of hard science fiction ideas, the prevailing humanity of the series and some fine disclosures.

By contrast with what’s gone before Heroes of the Equinox is a slight disappointment as it’s a far more straightforward action and adventure title, although its a perennial favourite album in France. Christin offers his pastiche of superhero comics, with admiring nods to Moebius and Jack Kirby as Valerian enters a contest to find a champion along with others from three different worlds, each with a personality defining their approach to any given problem. Christin toys with the idea of God, an idea more effectively used later in the series, and the conclusion is both novel and appropriate, but this lacks the depth of the previous offerings.

As in volumes one and two, there’s a wealth of accompanying material, and it’s slightly more offbeat than in those books, with a translation of an article written by Mézières about his time on a cattle drive, and Christin’s appreciation of his creative partner. The following The Complete Collection 4 features a couple of the series’ best books.