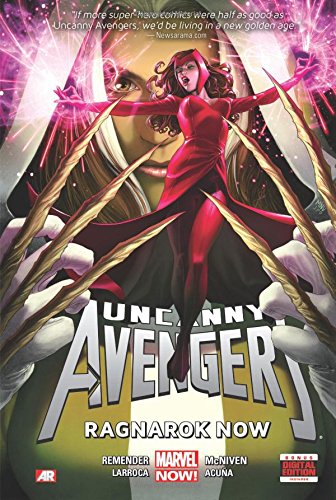 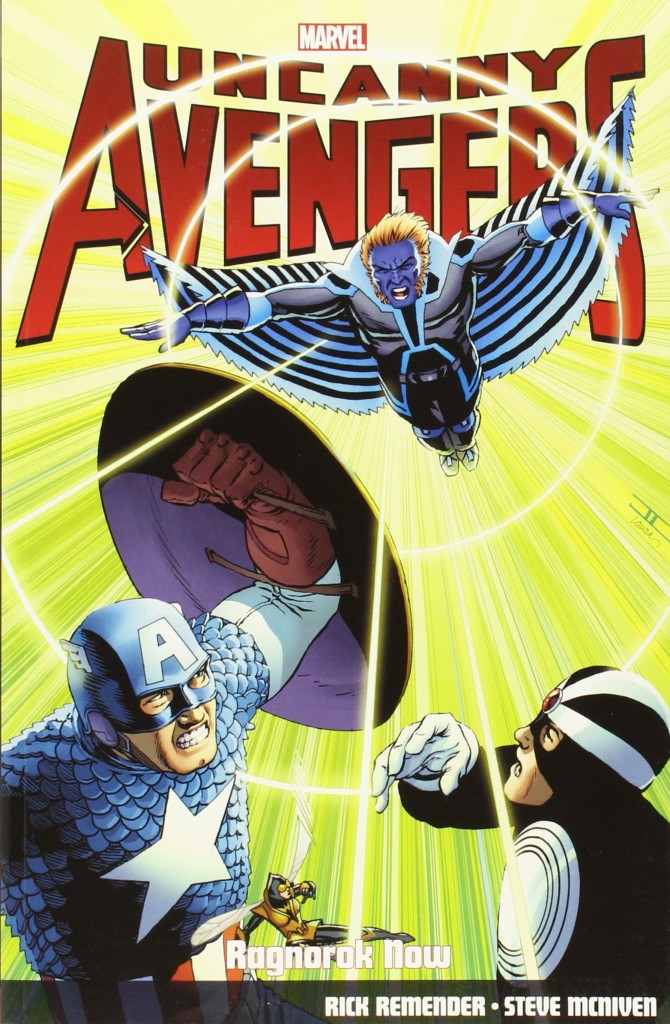 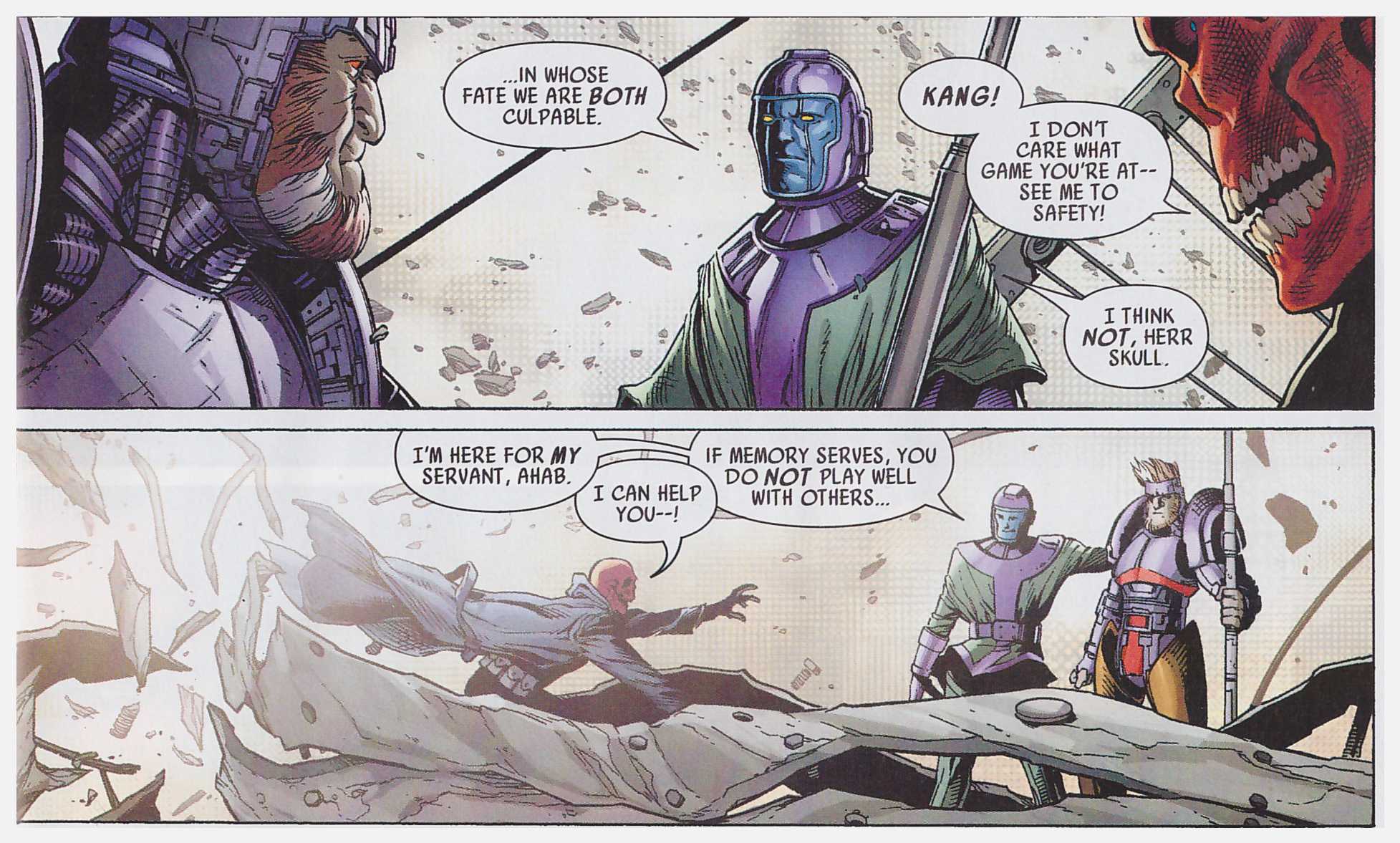 Much of the plot revolves around a belief in the Apocalypse Twins. They’ve displayed themselves as far from virtuous, indulging in widespread slaughter, yet are they the lesser of the two evils as far as the future is concerned? This is one of several issues that accumulate as Rick Remender’s plot continues and it becomes apparent that he’s set the stakes even higher than assumed. A fragmentary piece of information open to varying interpretation is key, and there are deaths. Plural.

These in comics are for the most part cheap tricks, with an inevitability that the character killed will return to ensure a second sales spike down the line. There are however high profile secondary characters without their own titles where this doesn’t apply, and Remender plays a merry game with some assumptions here.

So, no problems with the plot, which is proceeding on an admirably ambitious scale to a stunning conclusion at the end of this volume. There are however, consistent problems with the dialogue, and after three volumes this is more than just a writer settling in. Attempts to be clever stand out and distract. Would Havok really be suggesting Captain America should “hit some GTA”? Even as a blackly humoured distraction technique? The Wasp has always been flirty, but kissing Havok and saying “you and I are going to have fun when this is over” crosses a line. A sequence where Captain America temporarily loses his hearing serves no purpose other than opportunity for a few deaf jokes. And try reading some of the Apoclaypse Twins dialogue out aloud.

No problems with the art, though. Daniel Acuña – lovely. Steve McNiven – gorgeous. Salvador Larroca – great. The story continues in Avenge The Earth, so make of that what you will. It’s also worth noting that the entire series can be found as Uncanny Avengers Omnibus.