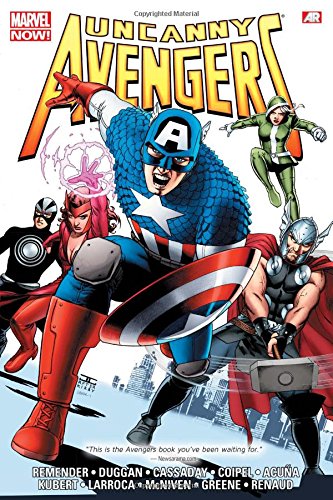 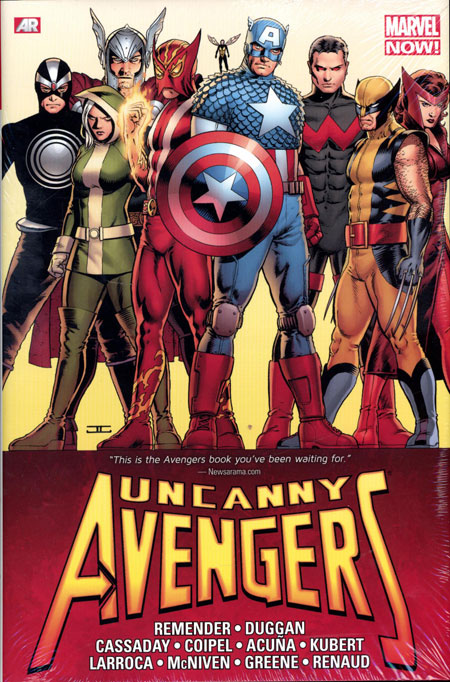 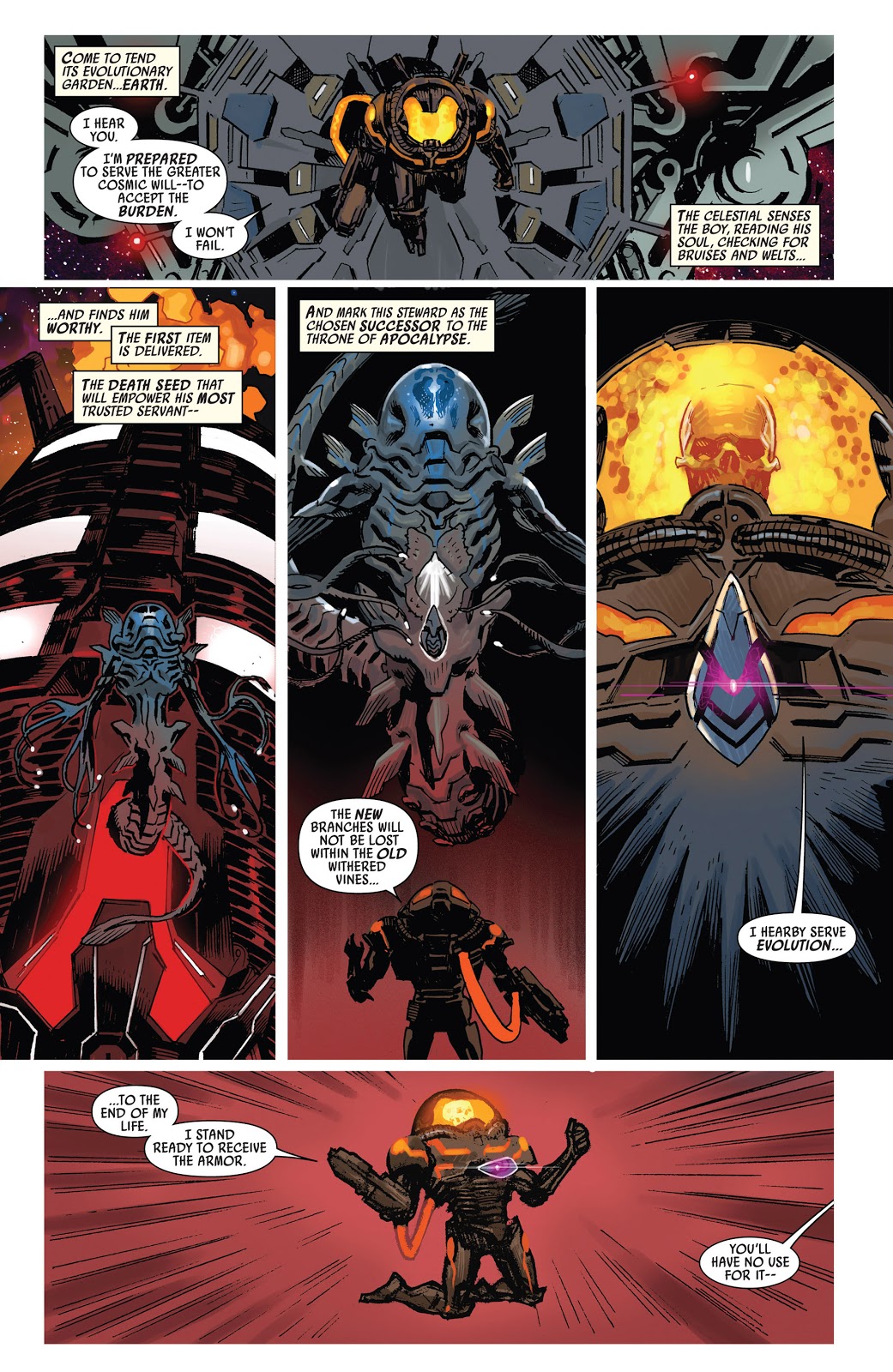 When collected in its entirety the scope of Rick Remender’s ambition for Uncanny Avengers is revealed. It’s not obvious from the opening chapters, but then a hint here and some foreshadowing there indicates a larger picture, and it’s not until the roller-coaster ride is underway that the full extent of what’s on offer is clarified.

What is immediately apparent is the quality of the artwork. Just flicking through reveals John Cassaday, Oliver Coipel, Salvador Larocca, Steve McNiven, and, handling the most pages, Daniel Acuña with his digital manipulation wizardry (sample art). Given the extensive cast and numerous villains, his panels are occasionally crowded, but never lacking focus and there’s always some breathing space.

The initial premise behind what’s referred to in situ as the Unity Team, was to prove to the greater public that the X-Men and Avengers could play nicely together, having settled their very public differences since Avengers vs X-Men. To this end the Uncanny Avengers unites characters from both teams. Editorially they’ve been selected for maximum difficulty in rubbing along, while Rememder’s script makes it a pivotal concept that they do co-exist. The future of Earth depends on it, in fact.

That’s due to the machinations of the Apocalypse Twins, children of Apocalypse, yet raised by time-travelling despot Kang. Both parties continually tinker with events in the present day, what to them is the past, to ensure a more favourable outcome in their era. So compelling are their plots, that the Apocalypse Twins are allocated as much space as the united Avengers and X-Men.

Remender’s plotting is masterful. A tale from years gone by in which Thor loses an axe appears to have little relevance to the ongoing material, yet that’s not the case, and he throws in several surprises that will shock a jaded audience. When Captain America died there was no question he would at some stage return, yet much of this cast are second-string heroes, so when their fates arrive there’s a genuine question mark. Despite the plot conveniences available when dealing with time-travel and possible alternate futures, Remender deserves credit for not waving a wand at the conclusion. Cast members are changed by their experiences.

There is however, one continual problem. Remender’s not very good at supplying dialogue. It’s often stilted, and he appears to have dozed off during Comics Scripting 101 in which the lesson is imparted to always read your dialogue out loud to see how it sounds. Some attempts at light-hearted banter are particularly woeful, and the dialogue is so frequently jarring that it becomes a distraction. Equal censure here must be directed at the editor of the original comics who should have picked this up.

Some scenes are over-extended, most obviously a section where several characters known to team members return under thrall to their enemies, and the final chapters throw in so many characters to no good purpose. Many are lost in the hurly-burly. Despite the faults mentioned, though, Remender’s bravura plotting wins the day.

The material here was originally presented in collections titled Red Shadow, The Apocalypse Twins, Ragnarok Now, Avenge the Earth, and Axis Prelude. As that latter title indicates, events spill out into the Axis crossover. So, on balance, is it worth buying the material in this format when the five individual collections would be cheaper? Yes, it is. As noted, the art is spectacular, and benefits from a slightly larger presentation, and bonus features include character designs and issue scripts.